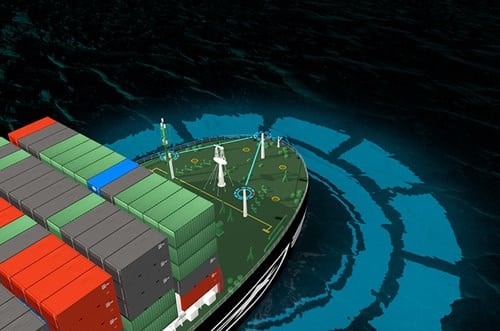 Dutch system integrator RH Marine has reached the first milestone in the Safer Autonomous Systems (SAS) project, a European research project in which the safety of various autonomous systems is being researched. After a sea trial it successfully tested a specially developed algorithm that fuses the collected data from the radar and the Automatic Identification System (AIS) of the vessel. As a result, objects are automatically detected and collisions can be avoided.

Project Safer Autonomous Systems (SAS)
The Safer Autonomous Systems (SAS) project is a study supported by European Union’s EU Framework Programme for Research and Innovation Horizon 2020. The research project is led by KU Leuven and is carried out by a number of European universities, institutes and companies. RH Marine has been asked to research unmanned self-propelled ships due to its experience and expertise in automation, safety and navigation systems. PhD student Tianlei Miao has been working at RH Marine for three years on this project.

Important development step
The milestone in the research study is an important step forward in RH Marine’s internal development program. In addition to this study, RH Marine focuses on developing automation programs for autonomous sailing. The company wants to be able to advise customers broadly if the first unmanned self-sailing ships will be introduced in large-scale within ten years. To make this possible, according to RH Marine consultant Ehab El Amam, we need to look further than just navigation and operating systems. “The engine room must also be fully automated, for example. Monitoring everything remotely and solving problems from shore is essential and vital. Naturally, this has consequences for the design of a ship. These aspects are also included by RH Marine in the development program “Autonomous sailing”,” he says.

Algorithm as a basis
The first step to allow ships to sail autonomously from A to B in a safe way is to detect objects and other ships. To do this, a fusion of the data from different sensors is necessary. The algorithm that has been tested with the data collected from sea trial, has fused the logged data from radar and AIS in real time, so that objects are immediately visible and collisions can be avoided. “The most important thing about the test was to demonstrate that the algorithm could log and process all the data fast enough, so that the detection of ships takes place in real time. Otherwise you will have collisions. And it worked!” explains El Amam.

The next step
The next step is to connect more sensors to the system, for example cameras, LiDAR laser scanning or sonar. “The problem is that radar and AIS do not detect all objects, especially not smaller ones. By using more different sensors and cleverly fusing their data, a more complete picture is created,” explains Tianlei Miao. If the algorithm can fuse and analyze all the necessary data, the next step is to learn to recognize, estimate and predict situations (“situational awareness”). When this is combined with an algorithm that avoids collisions and evades other objects, the ultimate goal comes into view: safe autonomous sailing from A to B without problems at lower operational costs. MARIN is also involved in the project, the Dutch maritime research institute has simulators and an incident database to test and verify the algorithm.