How the pandemic has changed Rolls-Royce 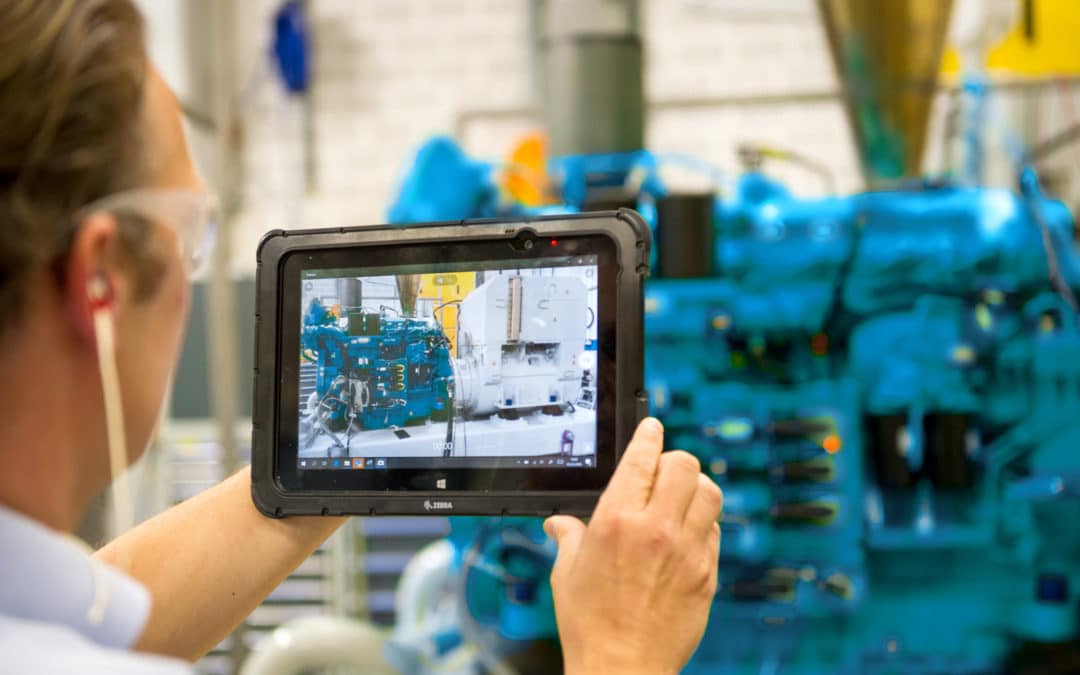 The Corona pandemic has turned the world upside down. Business trips have become the absolute exception, while working from home and digital meetings are suddenly the rule. At Rolls-Royce too, a lot is being done differently, with the help of creative input, digital tools, and of course, dedicated teams. Staff are commissioning drive and propulsion systems remotely, conducting engine acceptance procedures digitally, and have even convinced sub-suppliers to run extra shifts.

First, the good news: Production is currently up and running in all Rolls-Royce Power Systems factories, although capacity utilisation is shortly to be reduced due to the downward curve in orders. Nonetheless, MTU solutions are still in demand. “Our products continue to be sought after worldwide,” says Bernd Baader, Head of MTU Engine and System Assembly. “Some of the orders on our books are of crucial importance and their shipment cannot be postponed,”

At the same time, that a ‘new normal’ now prevails cannot be denied. Employees must keep each other at considerable distance and when that is not possible wear protective FFP2 masks. Work stations are sanitised between shifts to prevent the risk of infection among staff whose health has been given top priority at the company.

At the same time, punctual delivery of their MTU systems still remains crucial to many customers – for example emergency generator sets which are indispensable in vital facilities such as hospitals or in security-critical data centres. Added to that, China is starting to rev up its industrial activity again.

The biggest challenge of all is protecting supply chains. “We kept in contact daily with many suppliers and forwarders, negotiating things like extended delivery times, alternative delivery routes and higher quantities as emergency stock,” said Werner Schlegel, head of materials planning, supplier and production control. Many suppliers of parts for MTU products have been forced to suspend their production operations. Using their powers of persuasion, however, the logistics team have been able to ensure procurement of the parts needed in production.

One thing logistics experts did was persuade automotive suppliers suffering the loss of key customers to re-start their production operations. One, for example, agreed to run an extra shift on his soldering ovens to make thermostat inserts for Series 4000 units. And the shipping department managed to get approval for export from Italy across its currently closed border of a heavy goods consignment comprising a 1163 marine engine gearbox weighing several tons. “We had to pull out all the stops,” reported logistics chief Simone Rühfel. “Where shutdowns had been instructed by the authorities, we sent our suppliers letters of request to pass on to them. In many of these cases, we were able to argue convincingly that we supply system-critical emergency plant whose delivery cannot be delayed under any circumstances.”

If a supplier, with the best will in the world, was still unable to deliver, service spare parts were released from internal stocks. Furthermore, to fill in the gaps, the development section made it possible for components of similar construction to those needed to be rebuilt if available in sufficient quantities.

To overcome Corona-induced difficulties, other kinds of creative solution were needed too: Due to travel or stay-at-home restrictions, for example, customers were no longer able to confirm acceptance of their engines at the test stands of Friedrichshafen, Novi, or Singapore. The solution is now a test-stand visit per Skype or Webex. Using a camera, the technicians take the customer on a tour of the engine. Monitors displaying parameters such as speed, pressures, power output and temperature can be viewed by the customer in the comfort of his own office. “The first nine MTU engines that we put through their paces with the customer attending virtually were duly accepted,” explained Philipp Gleissner, senior manager for product approval and acceptance. Is that the model for the future? “Definitely,” said Gleissner, who predicts that some customers are now likely to forgo making the journey and will accept the engine digitally instead.

This was what employees from Chinese classification society CCS and Jing’an Test Center decided to do when it came to certifying MTU-brand marine engines. Instead of flying to Friedrichshafen, the certification was done remotely online. This way of proceeding is, in fact, unprecedented in the engineering industry, and there was definitely excitement in the air when Paul Röck, who heads Power Systems engineering activities in China, along with his colleagues from the product compliance section, first suggested it.

To put it into effect, stationary and mobile cameras were installed at the engine testing facility in Friedrichshafen, giving staff at the agency in China the chance to survey what was happening at the test stand. They could also view the engine data displayed on the monitors at any time. And so, in the end, certification of compliance of the 2000 and 4000 units with China 1, the maritime emissions stage, was done remotely. “It all worked amazingly well thanks to the excellent teamwork between our colleagues at the test stands, in our Development and Quality divisions, and from the Works Council,” said Röck. His colleague Oleg Minz, who is responsible for emissions approval in Friedrichshafen, agreed, “All those involved have shown extraordinary commitment. In normal times, this would certainly not have been so quick and easy.“

These days, service technicians in particular are called upon to be uncomplicated and super-flexible. Since their job is to commission and maintain customer plant all over the world, they are particularly thwarted by the current travel restrictions and quarantine rules. German service technician Michael Schuler, for example, had to abandon his commissioning assignment in the Bilgin shipyard in Turkey, where he was working on the yacht Tatiana, since flights between Germany and Turkey had been disrupted. He actually escaped being stranded in Turkey by a hair’s breadth. Since the Tatiana is the first Turkish yacht to be powered by MTU’s new IMOIII-compliant propulsion system with engines and SCR, technicians at MTU Turkey needed specific support from Germany. Working from home, Michael Schuler managed to provide it – in various telephone calls, and with the help of pictures and videos sent by his Turkish counterparts.

A flexible response to the crisis was also shown by MTU service technicians working on the Spanish catamaran Benchijigua Express at the Fred. Olsen shipping company. The high-speed ferry shuttles between La Palma, Tenerife and La Gomera and also delivers foodstuffs, drinks and medication to the islands. After a case of Covid-19 on the 12-man team caused maintenance work in the dry dock to be stopped, everyone was sent into quarantine, and the catamaran put back into service. Having completed their quarantine, the Spanish service technicians resumed their maintenance work, but working in night shifts, when the ferry was not being used. “Working under challenging conditions brings you all closer. And people have really shown us gratitude – not only the staff at Fred. Olsen but local inhabitants too”, reported Spanish MTU service technician Daniel Guerra.

Gratitude was also shown by the recipients of numerous donations given by staff in the Power Systems division of Roll-Royce in recent weeks. Some used a 3D printer to make holders for the protective masks worn by doctors and care workers. Staff in the special production section also manufactured equipment frames for the local hospital, and 5000 FFP2 masks were donated to ambulant care services. Along with a Chinese partner, Rolls-Royce Power Systems donated an electrical generator set to the Yichang Red Cross Society that will be installed in a hospital located near the metropolis of Wuhan.

IT gets digital infrastructure ready for remote working

And how was it possible for staff to do all of the above while working from home? In mid-March, when all of a sudden several thousand employees were forced to work remotely, a small, global IT team moved into action and in just a few days got the company’s digital infrastructure ready for the extra load. Technical issues arising over the first few days were resolved quickly. Head of IT Jürgen Winterholler said, “All of a sudden, we were able to enact in just a few days a measure that under normal circumstances would probably have taken several months to push through – and without superfluous discussion and debate. We just went ahead and did it,” explained Winterholler – exemplifying the attitude that now prevails across the company for coping with a difficult crisis.