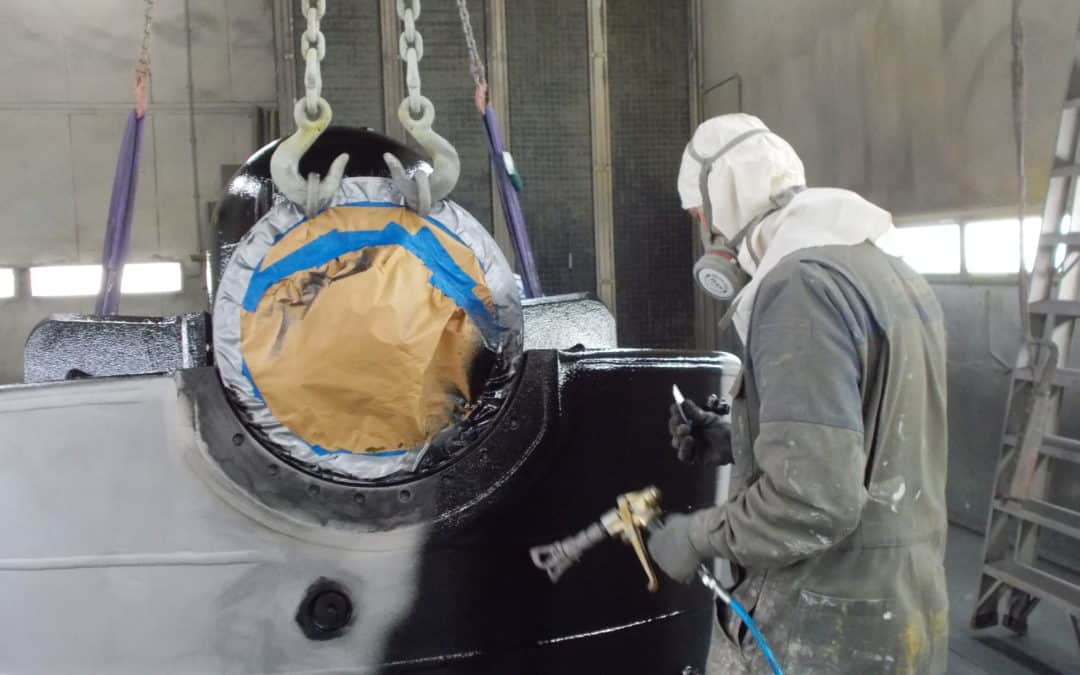 The Netherlands-based company, a division of Germany’s ZF Group, is using Ecoshield on thrusters supplied to a number of U.S.-based customers to reduce operational wear and tear in brown waters such as the Mississippi River.

Frank van der Vegt, Area Sales Manager, Commercial Craft Thruster Systems, ZF Marine, explained: “We were looking to improve the protection of the thruster’s underwater components against damages due to the debris, sand and silt common in shallow draught inland waterways, particularly the Mississippi, as well as to prevent damage due to cavitation and corrosion.”

The solution was found in Antwerp, in 2015, when ZF approached Subsea Industries to investigate whether its hard-coating could protect its thrusters from the effects of abrasive waters.

After a series of patch tests proved successful ZF Marine began applying the hard-coating to all underwater areas of the thruster. Since then, Ecoshield has been applied to the ZF 1000hp azimuth thrusters installed on 12 tow/pushboats operating in US waters.

“We offer the Ecoshield-coated thruster as an option, but it is a very good solution for increasing the life of thruster installations aboard tugs and pushboats operating in shallow waters,” said van der Vegt. “We can see a really big improvement. They are less prone to damage, reducing maintenance and operational costs. We see these benefits not only with the towboat application, but also other applications such as harbour tugs and passenger vessels.”

Manuel Hof, Production Executive and NACE Inspector at Subsea Industries, said: “We are pleased that ZF Marine’s decision to apply our award-winning Ecoshield hard coating to its thrusters is paying dividends for its customers. The Ecoshield-coated thruster option adds considerable strength to its position as the leading supplier of propulsion systems to the U.S. pusher boat market.”

Subsea Industries has more than 400 ship references for Ecoshield on rudders but is seeing a marked increase in application to thruster tunnels and gearboxes due to the operational savings it brings them.

“We are also seeing an increase in interest from original equipment manufacturers,” said Hof. “Ecoshield safeguards propulsion systems and steering gear against cavitation and corrosion damage throughout the vessel’s service life, which can increase significantly the operational life of rudders and thrusters. We have Ecoshield-coated rudders and thrusters that have not needed recoating after more than five years operating in some of the harshest marine environments.”