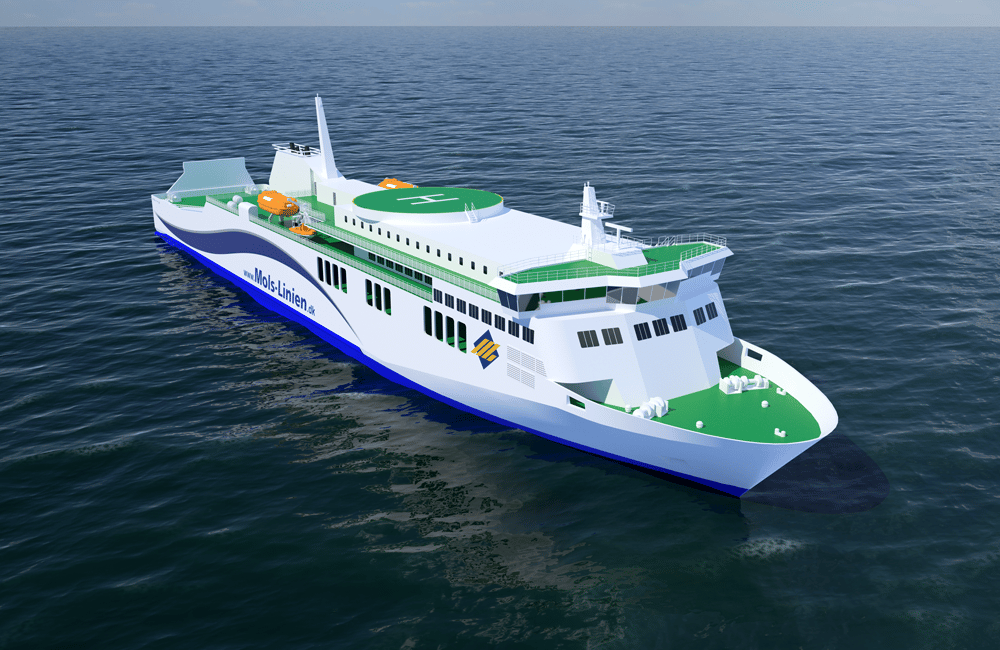 A new 158 metre long car and passenger ferry being built for Danish operator Mols-Linien, will be powered by two 8-cylinder Wärtsilä 31 main engines. The ship is being built at the Rauma Marine Constructions (RMC) shipyard in Finland. The order is recorded in the third quarter of 2016.

The Wärtsilä 31 was introduced to the market in 2015 and has been recognised by Guinness World Records as being the world’s most efficient 4-stroke diesel engine. This high efficiency was cited as being a key consideration in the award of this contract to Wärtsilä.

Another feature of the Wärtsilä 31 is the modular design that enables a significant reduction in maintenance requirements and costs. For example, the first major overhaul is scheduled at 32,000 running hours.

“Mols-Linien A/S is looking forward to the launch of the new 1500 LM RoPax vessel from Rauma Marine Constructions with Wärtsilä 31 engines. The selection of this particular engine was based on the unique efficiency for the required output, and also the favourable maintenance intervals it allows,” says Flemming Kristensen, Technical Director, Mols-Linien A/S.

Wärtsilä has worked closely with Mols-Linien for a number of years and has earlier provided waterjets to all of their fast ferries.

“We have a strong track record in supplying waterjets to Mols-Linien for powering their fleet of high speed catamarans. With the introduction of the Wärtsilä 31, we are now extending this cooperation to include the engines for their vessels,” says Jens Karlsson, General Manager, Sales, Wärtsilä Marine Solutions.

The Wärtsilä engines are scheduled to be delivered to the yard in July 2017, and the ship is due to enter into service in summer 2018. The ferry will sail in Danish waters between Rønne on the island of Bornholm and Køge, and between Rønne and Sassnitz.