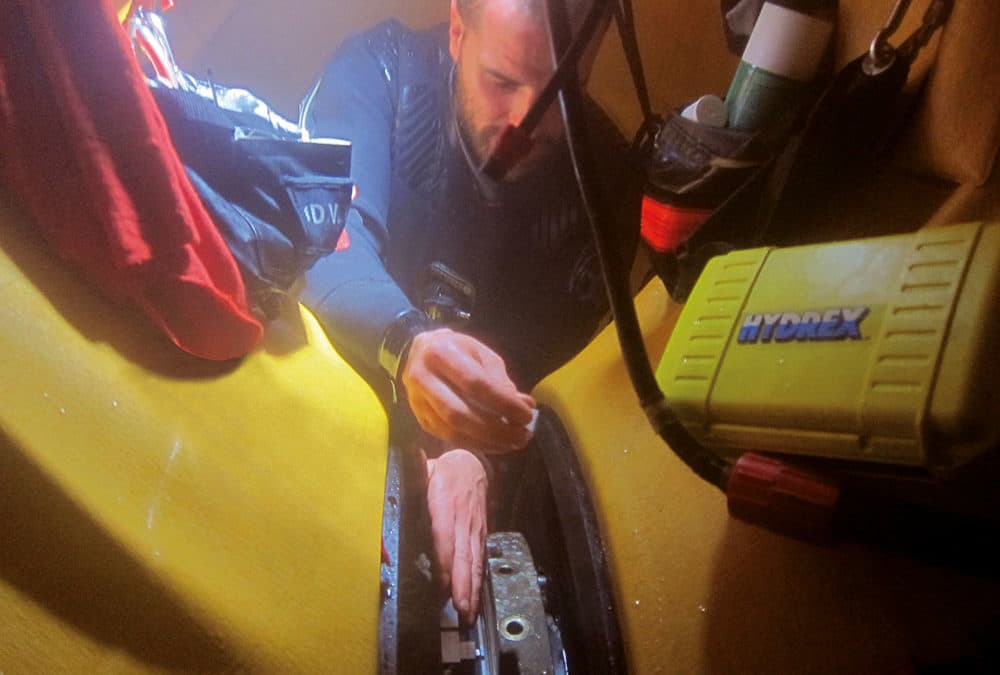 Last month a Hydrex team carried out an underwater stern tube seal repair on a tanker berthed in Algeciras. The ship was suffering from an oil leak and no drydock was available close by. The divers replaced the damaged seals underwater using one of the company’s flexible mobdocks. This saved the owner an expensive and time-consuming trip to a drydock further away.

Once the operation was ordered all preparations were handled swiftly and the lightweight equipment was mobilized almost immediately. The team was on-site and ready to start the seal replacement when the vessel arrived in Algeciras.

The operation began with a thorough underwater inspection of the stern tube seal assembly. This revealed that a rope had gotten entangled around the assembly. The divers removed the rope but unfortunately it had already damaged the seals and caused an oil leak.

The team then removed the rope guard and installed the flexible mobdock. This allowed them to work in dry conditions.

During the operation thedivers removed the three damaged seals and replaced them with new ones. Working together with the OEM allowed Hydrex to provide the customer with original spare parts which guarantees the best quality material. A technician of the seal manufacturer was also present during the operation.

Stay on schedule and out of drydock
The team was able to carry out the entire repair on-site and underwater with the flexible mobdock technique. Because all the required material is ready to be transported at all times, no time was lost making preparations.

Hydrex organized everything from start to finish for the owner. He did not have to worry about making any arrangements for the repair. After the seals had been successfully replaced, he could sail his vessel to her next stop free of oil leaks.