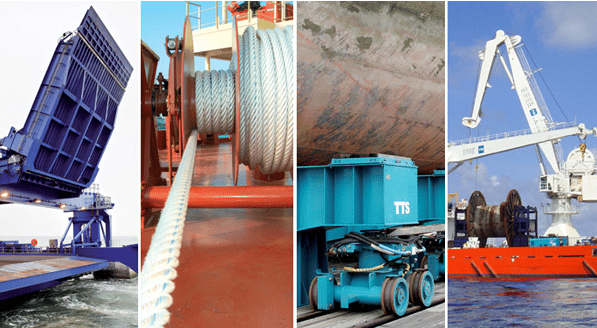 TTS Group ASA, one of the top three suppliers of equipment and services of design and development for marine and offshore has been signing new contracts in China.

Through its 50/50 owned company TTS Hua Hai the company signed new contracts for delivery of hatch covers and deck machinery to eight containerships, worth in the region of $5.9 million. The contracts are signed with Yangzijiang Shipyard in China. The deliveries will take place during 2017- 2018.

The company as signed another contract worth around $2.7 million for deliveriy of hatch covers to three Bulk Carriers which are under construction at a Chinese shipyard, also due to be delivered during 2017-2018.

The group’s activities primarily involve design, assembly and testing of equipment while, apart from manufacture of certain key components, production is undertaken by a global network of subcontractors.
With a worldwide workforce of around 1100, TTS has 50 years of experience in the maritime industry and subsidiaries in Belgium, Brazil, China, Finland, Germany, Greece, Italy, Korea, Norway, Poland, Singapore, Sweden, UAE, USA and Vietnam.