Smooth operation of the LNG Hybrid Barge in Hamburg 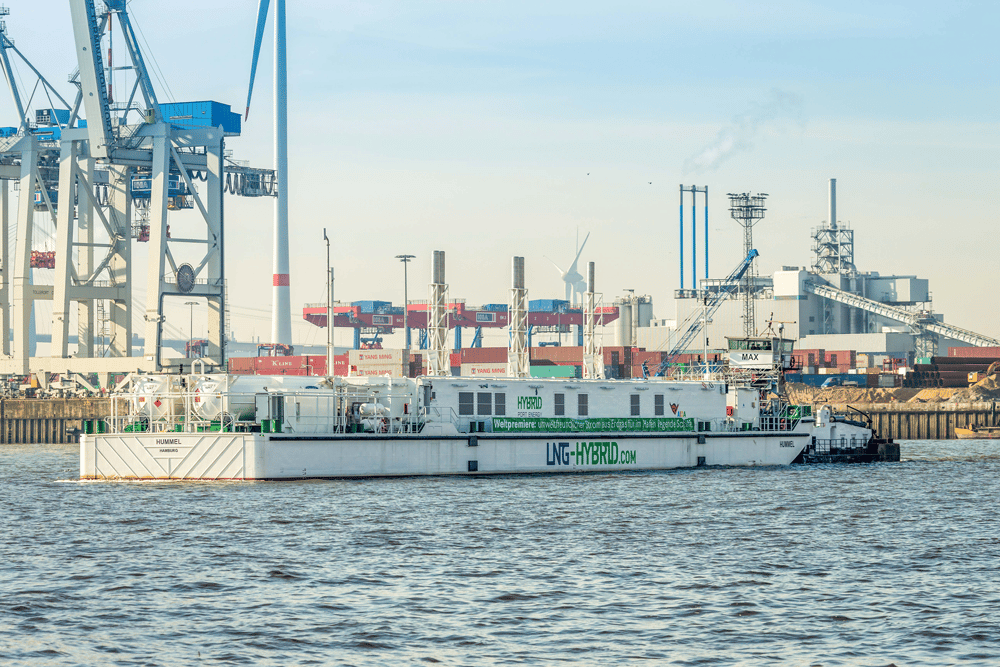 The low-emission power supplied to AIDAsol by the HUMMEL LNG Hybrid Barge at the Port of Hamburg continues to work perfectly, say Becker Marine Systems. Hybrid Port Energy, the operating company and a Becker subsidiary, is delighted that the cruise ship now receives eight hours of uninterrupted supply during layovers.

“Contrary to reports published elsewhere, HUMMEL is working smoothly and at full capacity”, says Henning Kuhlmann, Managing Director of Becker Marine Systems. The LNG Hybrid Barge provided over eight hours of green electricity to AIDAsol on each of its previous two layovers at the HafenCity Terminal, on 22nd May and 23rd June 2016, respectively. “We are extremely satisfied at our record of more than 40 MWh of power over the longest possible period from the morning to the evening, which is equivalent to an entire supply cycle for AIDAsol in Hamburg”, Kuhlmann continues.

By October, AIDAsol will have called in at the HafenCity Terminal fifteen times in total, receiving environmentally-friendly power from the LNG Hybrid Barge during its layover. Last year already, its first cruise season, the floating power plant used its liquefied natural gas (LNG) systems to supply power during eleven layovers.

“The inflexible restrictions remain a source of annoyance. The fact that we are still speaking of a test phase despite all the progress we have made in just one year of operation has less to do with our technical capabilities and is more a result of the restrictions imposed on us”, says Kuhlmann.

This July, for instance, the alternative system of a landside power plant will be subjected to a general certification procedure according to the International Electronic Consortium standard,
conducted by the classification society Bureau Veritas. Although all components on the barge are already certified, including the transfer station, the ship-to-land cabling and the cable mobile,
all of the components will now require another inspection together with AIDAsol before faultless power supply by the LNG Hybrid Barge can be certified.

“At the moment there are two different landside power supply systems available in Hamburg”, adds Kuhlmann, “so it would be fantastic to see larger numbers of cruise ships converting to this modern technology and making a valuable contribution to improving the air quality at the Port of Hamburg.”