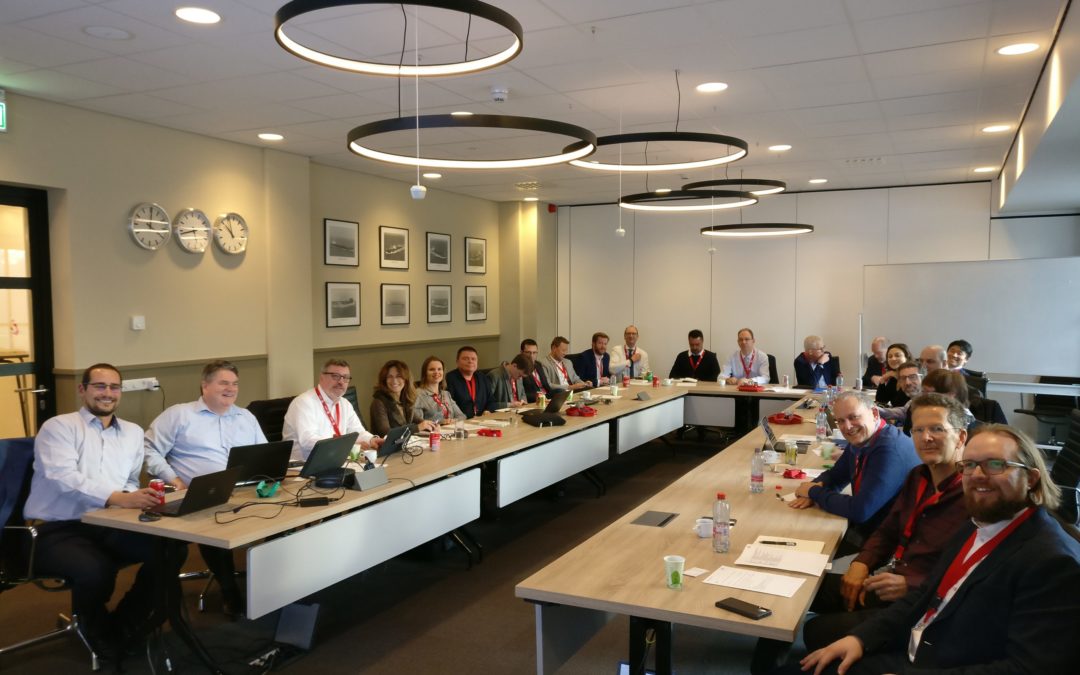 The Smart Maritime Council, a cross-industry membership group focused on improving technology interoperability in the maritime sector, has announced its intention to support the use of the ISO 19848 data standard for shipboard machinery and equipment following a unanimous vote at the Council’s most recent meeting in Rotterdam.

The Smart Maritime Council is an initiative created by the Smart Maritime Network in 2019, which brings together maritime service and equipment providers, vessel operators and related industry stakeholders to discuss issues of technology compatibility, standardisation and harmonisation across the global transport chain.

Over the course of the last year the group has undertaken discussions at a series of regional meetings in maritime centres including London, Athens, Oslo, Tokyo, Copenhagen and Singapore, during which time ISO 19848 was proposed as a first standard to be officially supported by the Council. This proposal was accepted with a unanimous vote in favour during the first meeting of 2020, held on 19 February at the offices of the Stolt-Nielsen Group in Rotterdam.

“We are delighted that the diverse range of organisations represented within the Smart Maritime Council have been able to come together in the spirit of collaboration to support this independent data standard,” said Rob O’Dwyer, Chief Network Officer at Smart Maritime Network and Chairman of the Council.

“The discussions that have taken place over the last twelve months have been tremendously encouraging, with companies that may be competitors outside of our meetings recognising the value of collaboration on issues of benefit to the wider industry and committing to working together to enhance the data sharing capabilities of the maritime sector as a whole.”

“With some of the industry’s biggest names supporting this common standard, both technology providers and shipping companies alike, we hope to inspire other maritime stakeholders outside of our group to also support the use of ISO 19848 within their own IT systems. The wider these standards are applied, the easier it will be for ship operators to extract value from their vessel data without needing to waste resources on customised system implementations.”

ISO 19848 ‘Ships and marine technology — Standard data for shipboard machinery and equipment’ was published in October 2018, formalising years of research and development work originally carried out as part of a Smart Ship Application Platform (SSAP) joint industry project launched in Japan in 2012.

The standard provides a common ‘data dictionary’ and naming rule convention that can be used by different organisations to create a harmonised framework for maritime data and applications, allowing different systems to more easily share shipboard data without the need for additional customisation.

Once a marine equipment provider has mapped their own datasets to the common standard then the data produced by that equipment can be immediately used for analysis by the vessel operator within any other application that has incorporated that format, removing one of the key barriers to maritime digitalisation currently prevalent throughout the industry.

The standard is independently maintained by a technical committee within the International Organization for Standardization (ISO), meaning that it can be freely applied by any company wishing to adopt the data dictionary, while also remaining independent from influence by any particular technology supplier.

“It’s all about credibility,” said Peter Schellenberger , Managing Director OSERV, OSM Maritime Group, one of the vessel operator companies represented on the Council.

“This is really a meaningful industry initiative with the right people around the table representing the large technology and IT/ communication suppliers, as well as clients (owners/managers) and other industry stakeholders. With some important first decisions taken in the Council this time, the test of time will now be whether these participants will see these principles through in their organisations. Lots of interesting next steps on our minds!”