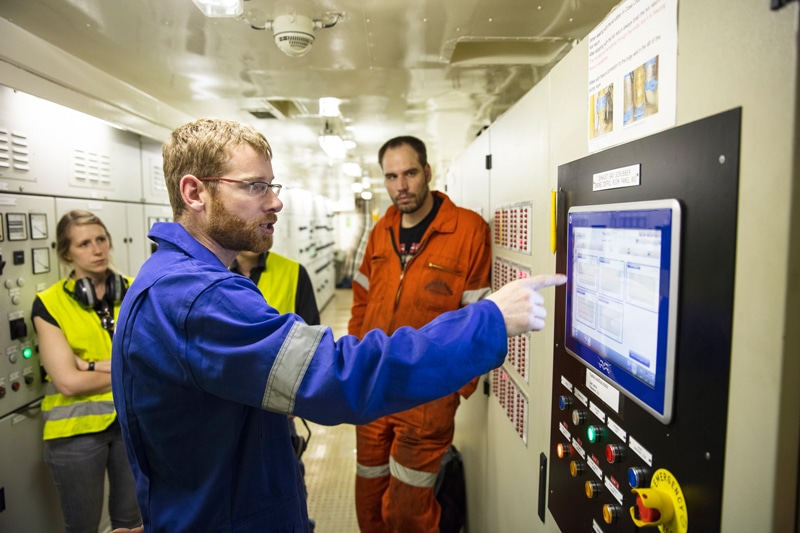 What impact does a SOx scrubber actually have on a vessel? Dutch ship owner Spliethoff knows very well. Spliethoff, a specialist in dry cargo, was early to choose a scrubber for marine SOx compliance. In 2012, the company retrofitted Alfa Laval PureSOx on the M/S Plyca, setting the record for the largest marine scrubber ever installed. Today Spliethoff has twenty vessels with PureSOx scrubbers, plus considerable insight when it comes to working with them.

One of those most familiar with Spliethoff’s scrubbers is Technical Support Engineer Roland Hoogeveen, who has been with the company since the year 2000. In 2014, he was asked to oversee the commissioning of PureSOx systems on twelve Spliethoff vessels, after which he has continued to supervise the scrubber installations throughout the Spliethoff fleet.

Hoogeveen is impressed by the scrubbers’ design and integration, but above all by their exhaust gas cleaning results. “The reliability has been very high,” he says of the PureSOx systems, all of which feature U-design scrubbers. “We’ve not had any major compliance issues.” 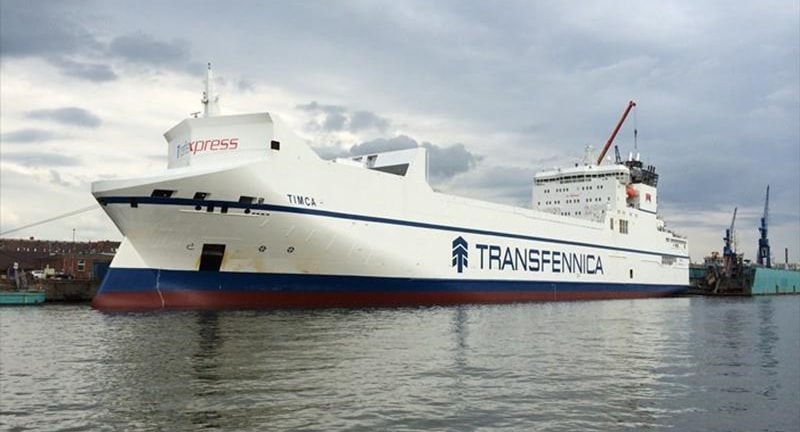 PureSOx in the Spliethoff fleet
Today Spliethoff has PureSOx systems on two different types of vessels. Six of them, including the M/S Plyca, are ConRo vessels. An additional fourteen are general cargo vessels, referred to by Spliethoff as S-types.

Because the ConRos operate solely in the North and Baltic Seas, they never leave the North Europe SOx Emission Control Area (ECA). Moreover, they frequent ports in Belgium and Germany, as well as the Kiel Canal, where no water discharge is allowed. For this reason, the ConRos are equipped with hybrid scrubber installations, which can operate either in open-loop mode with seawater or in closed-loop mode with circulation water and an alkaline additive.

The S-types, by contrast, operate worldwide and spend considerable amounts of time on the open sea. Their scrubbers are open-loop systems, though at Spliethoff’s request they were installed “hybrid-ready”. This means that space and blind flanges were incorporated to allow later installation of a water cleaning unit, a circulation tank and the pumps needed for closed-loop operation.

The scrubbers are major installations whose physical impact on the vessels is noticeable. As Hoogeveen points out, however, both Alfa Laval and Spliethoff learned from the M/S Plyca in ways that have benefitted subsequent installations. “Naturally, the scrubber makes the funnel much larger,” he says. “But now the circulation pumps are more or less integrated into the new funnel.”

Working with the scrubber on board
And how do the vessel crews react to PureSOx? According to Hoogeveen, their response to having a scrubber on board depends greatly on attitude. “Shipping is very conservative and new equipment is only added because of new rules,” he explains. “So some chiefs and engineers are less keen and slower to learn. But others learn very quickly and are happy to get their hands on something new.”

In some ways, Hoogeveen points out, the scrubbers have made ECA operation simpler. “SOx ECAs are not new, it’s just that the limits have been reduced a lot,” he says. “Before, there was always fuss with the fuel, where you had to open or close valves and then wait a few hours until the system was flushed for the new fuel type. With a scrubber you just push a button, so in a way the operations actually require less work.”

Even when it comes to troubleshooting, Hoogeveen says, the PureSOx systems are very logical. However, he notes a difference between the open-loop and hybrid systems in this regard. “The open-loop systems are familiar equipment arranged for a different function, so if you have a little understanding of what’s happening in the scrubber, you know enough,” he says. “Closed-loop mode has a lot of added value from Alfa Laval in the way the components are combined, which makes a difference for troubleshooting the hybrids. But the basic operations are quite simple. Changing from open-loop to closed-loop mode is done via the touchscreen and takes 10-20 seconds.”

Scrubber maintenance and logistics
According to Hoogeveen, having PureSOx on board affects only a few Spliethoff crew members to a greater degree. A handful of people – from the chief engineer to the third engineer – handle all of the active work with the system. This includes daily checking of the pipes and visual inspections of the scrubber itself every six months, as well as regular filter cleaning, sensor calibration and other small tasks.

Hoogeveen describes the routine maintenance as negligible and easy to plan, although troubleshooting can take time when the engineers are less familiar with the system. At the same time, he says, unplanned maintenance occurs even without a scrubber on board. “Always changing over between HFO and diesel oil means much higher wear on the fuel system, and MGO is more abrasive to the pumps and injectors,” he explains. “So there’s extra maintenance there that can come unexpectedly. Maybe you’ve just changed over and you’re heading into port, which is not the place you want to have problems.”

In terms of consumables and waste, Hoogeveen says dealing with these is simple. Caustic soda for closed-loop operation is sourced where the vessels anchor in Finland, while the sludge from the water cleaning unit is deposited in St. Petersburg, where the vessels bunker fuel. “At first there was a little fuss about how to record the sludge, because it’s not oily waste,” Hoogeveen says. “But now they have separate columns for separator sludge and scrubber sludge. We dispose of 4-5 cubic metres every three weeks, which has become very routine.”

Demonstrating compliance to Port State Control
In fact, most aspects of working with scrubbers are now routine for Spliethoff, including the interaction with Port State Control (PSC). Hoogeveen says that PSC authorities, who are responsible for verifying compliance with legislation, tend to ask straightforward questions and are satisfied with the answers they receive.

When PSC officials come aboard, the procedure is generally relaxed. “You give them the Exhaust Gas Cleaning Record Book if they want to check it, and a colour-coded printout of the important log values,” Hoogeveen says. “It’s easy to scroll through and see if anything is out of compliance, and then to discuss the reasons.”

Hoogeveen adds that some authorities, such as the U.S. Coast Guard, may also look into the Onboard Monitoring Manual (OMM), which shows which sensors are fitted and keeps a record of pH values. “If there is an issue with the gas analyser that measures SO2 and CO2, the OMM explains how to interpret the pH values and make sure you’re still in compliance,” he says. “We’ve had to do that on a few occasions across our fleet.”

Overall, Hoogeveen describes the PSC attitude as friendly and curious. “They have a learning curve too, and right now there aren’t too many scrubbers sailing around,” he says. “But as their knowledge becomes deeper, they will know more about what to check and look for.”

A safe investment with real cost savings
Given the relative ease of demonstrating compliance, but above all the rapid payback through fuel cost savings, Hoogeveen is convinced that scrubbers are right choice – even if they feel unfamiliar at first. “For me it was a bit of a surprise that they would even install scrubbers on all these ships, since some were almost fifteen years old,” he says. “But if you can earn back the scrubber within two years, it’s worth it. If you can use it for three, you’ve already made a profit.”

In fact, Hoogeveen downplays the newness of scrubbers, suggesting that ship owners should view things in another light. While marine scrubbers are still relatively uncommon, the compliance alternative is an even bigger unknown.

“Nobody really knows the new low-sulphur fuel blends, and their quality is very unpredictable,” says Hoogeveen. “If you encounter bad quality, you can have problems with pumps, injectors and filters in the fuel system. Maybe you experience a blackout, where the whole system goes down. And that can go really fast.”

“With a scrubber, you don’t have to change fuels,” Hoogeveen concludes. “So in that way, the scrubber is actually the safe solution.”