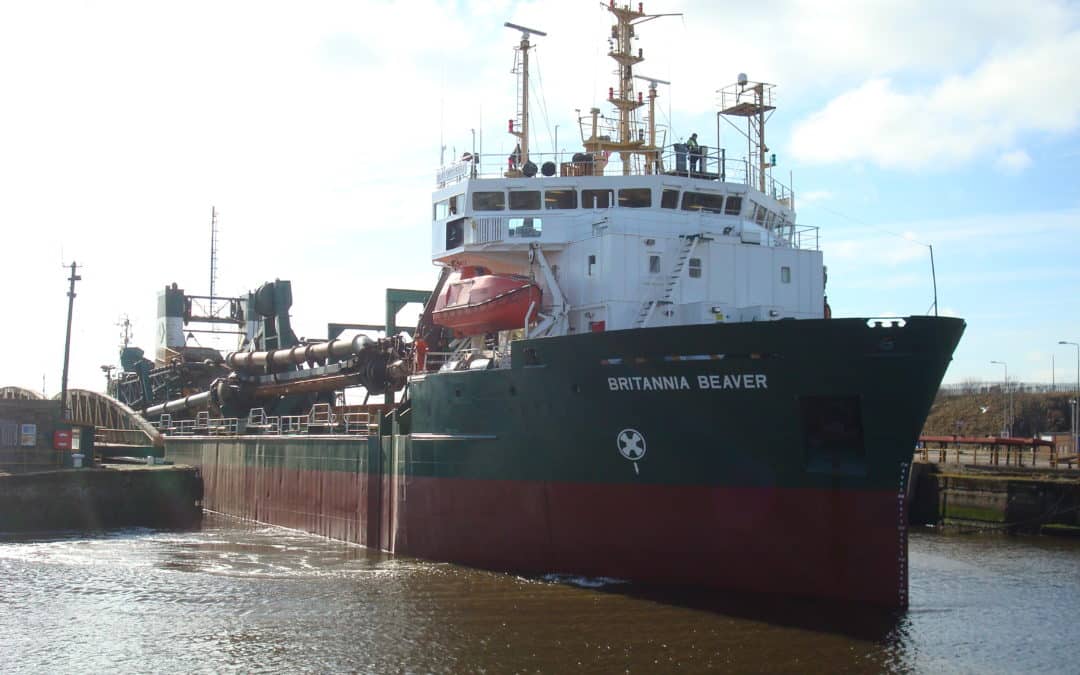 Power specialist Royston has completed an extensive overhaul of diesel engines on a Britannia Aggregates’ owned and operated dredger, which extracts sand and gravel from the seabed.

Engineers undertook the service work onboard the 100m, 3,610 gross tonnage Britannia Beaver, as part of a comprehensive refurbishment and maintenance programme of essential power systems.

The 1991 built A class dredger, which operates around the south-east coast of the UK, delivers aggregates to Brett-owned wharves around the South East of England, as well as customers outside the Brett Group both in England and other EC countries.

Powered by an eight-cylinder Mirrlees Blackstone 8MB 275 main engine – rated at 3000 kW – the work undertaken by Royston involved a full overhaul, which included the installation of a new crankshaft.

The engine was dismantled to enable engineers to undertake extensive maintenance and repair work on the block and sump sections before fitting new liners and carrying out critical repairs to the turbo, governor, fuel systems, clutch and exhaust system which were part of a comprehensive service programme.

Engine maintenance work was also completed by Royston on No. 1 generator – a Mirrlees Blackstone 6MB 275 – which has seen more than 50,000 running hours. This included cylinder head, piston, con-rod and gudgeon pin calibration testing.

Shawn Doering, Royston’s service manager on the contract, said: “We are delighted to build on our strong relationship with Britannia Aggregates, with particular regard to their Mirrlees Blackstone engines.

“Our experience with the engine and vessel type ensured that all works were carried out efficiently and speedily, enabling the dredger to return to operations as quickly as possible.”

Britannia Aggregates owns and operates the Britannia Beaver, which was custom built by Devon-based Appledore Shipbuilders Ltd before entering service in 1992. Its capable of dredging to a depth of 45 metres and has a 2594 m³ hopper volume capacity.