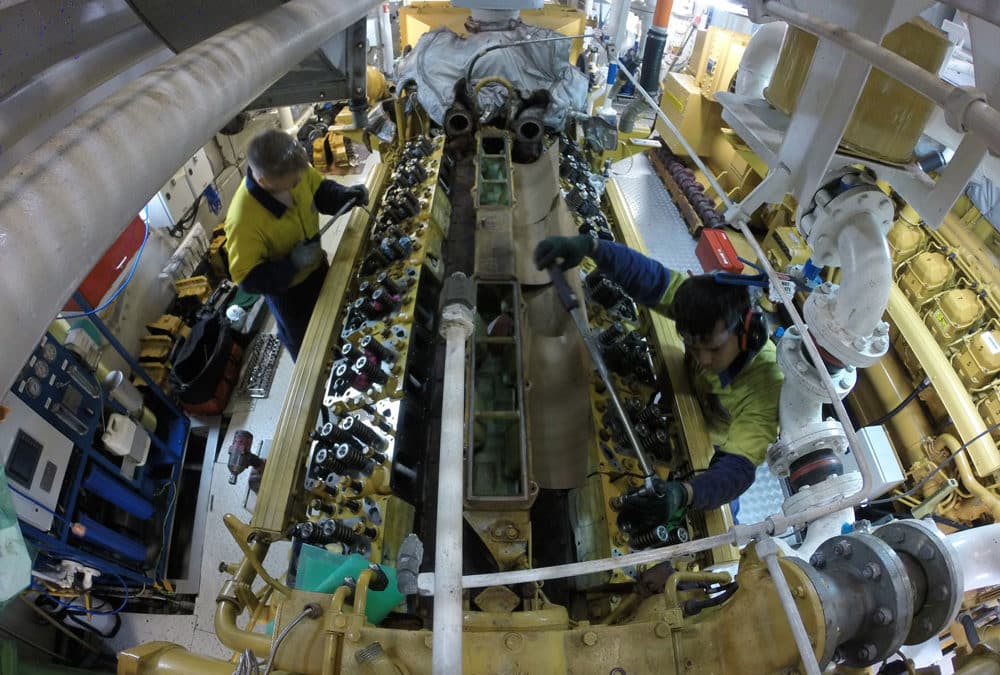 This saw Royston engineers undertake the DG2 M/E and DG3 M/E services on the diesel electric Caterpillar generator engines on-board the MMA Plover and its sister vessel MMA Brewster, while they were on passage.

The contract involved preparing, packing and shipping parts to undertake a major overhaul of the MMA Plover’s DG2 and a straight top end on the MMA Brewster’s DG3.

Royston’s operations manager Matty Burbidge, said: “The work was undertaken while the vessels were at sea. This can often involve working in unfavourable sea conditions, particularly during the cyclone season, and to extremely strict timeframes.

“Royston specialises in this type of work, providing significant savings for vessel operators without compromising on the quality and standard of engineering work.”

Established in 1989, MMA Offshore specialises in providing marine solutions and expertise to the offshore oil and gas industry. It is one of the largest marine service providers in the Asia Pacific region, employing more than 1000 people, including onshore personnel and a pool of qualified seafarers and offshore marine personnel.