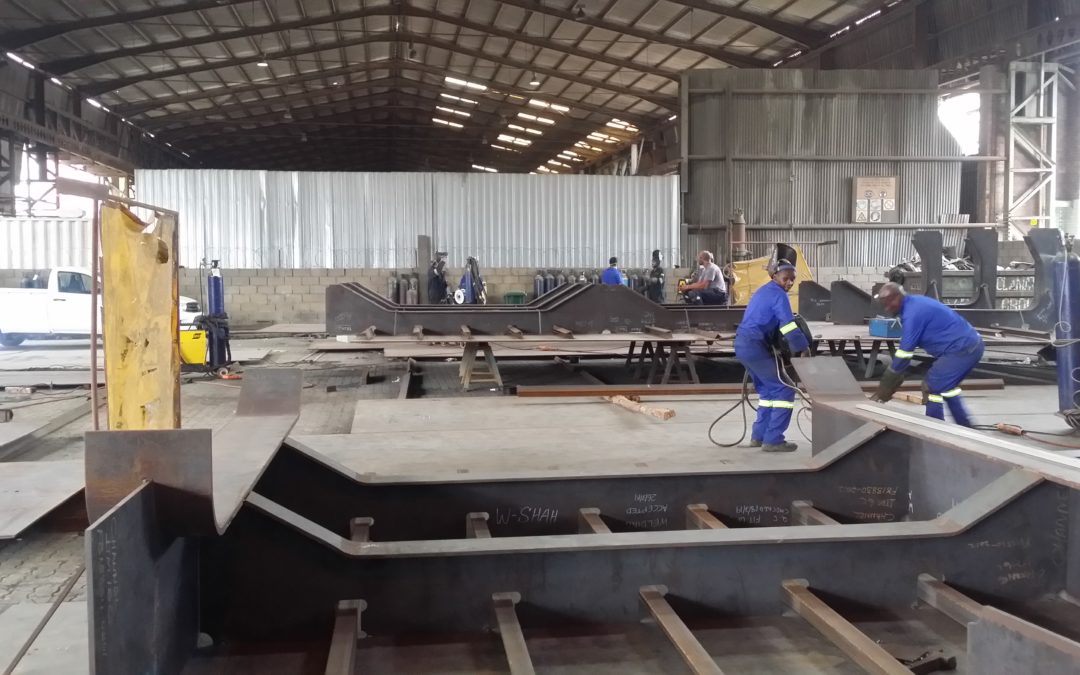 The rehabilitation of the inner caisson, which divides the Port of Durban’s Prince Edward Graving Dock into two compartments, enabling two smaller vessels to be docked simultaneously, is in full swing.

It is among 11 large-scale projects earmarked for the Durban Dry Dock complex, of which the refurbishment of the dry dock’s 35-metre-long, 900ton outer caisson which closes off the dry dock from the rest of the harbour, was the first to be completed in 2016.

“The project to repair the inner caisson and upgrade the drive system has been undertaken to ensure the safety of the dry dock and the sustainability of the ship repair business in Durban,” said Dumisani Mkhize, Deputy Port Engineer at the Port of Durban, who is managing the project.

Erwin Skeepers, Business Unit Manager: Ship Repair and Workshops in the Port of Durban, added: “Rehabilitation of the inner caisson will improve the operational efficiency, reinstate the dry dock to its full capacity and improve operational safety. It will equip ship repairers who use our facility to be more competitive, helping to attract more business to South Africa.”

The rehabilitation follows extensive technical studies which identified parts of the caisson that had aged and deteriorated and were in need of attention. Various options were explored with professional inputs and ultimately it was decided to repair the inner caisson to the original design.

The rehabilitation includes major structural design improvements on re-built decks and compartments, which are being built in a controlled environment in an off-site engineering workshop. These will be pre-trial fitted before being sent to site, greatly improving fabrication quality and ease of fitment on site. Design and fabrication of the new steel sections has already been completed.

“The caisson has been taken apart at C and D deck levels and the A and B deck steel structures have been cut up for scrap. The next big milestone will be bringing new sections of C and D decks for installation on top of the rehabilitated DE section,” said Mkhize.

The project, which is being carried out by two Durban-based companies, Lodemann (Managing Contractor) and Channel Construction (Design and Build) – both of which were appointed in May 2018 – is expected to be completed by November 2019.

The work schedule is being managed in consultation with the Ship Repair Industry to promote a “win-win” situation where ship repair work in the dock may be reasonably sustained during the project.

The rehabilitation project falls within TNPA’s contribution to Operation Phakisa – the government initiative to unlock the oceans economy by investing in infra-structure, skills and capacity building, in order to grow the market and in so doing, create much needed jobs.

Job creation in the marine sector has a strong multiplier effect, with an estimated 5 indirect jobs created for every direct job. This particular contract has created direct jobs for 29 skilled employees, including 7 youth, and 9 semi-skilled jobs, including 3 youth.