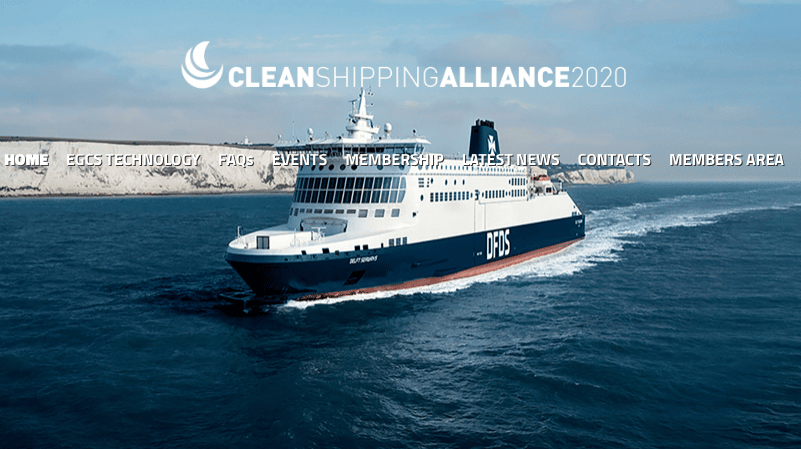 Members of the Clean Shipping Alliance 2020 have welcomed a new addition to the canon of scientific literature relating to exhaust gas cleaning systems (EGCS), the latest of which indicates that continued use of residual fuels with a scrubber can help towards global CO2 reduction.

In a study published in June by Norway’s SINTEF, one of Europe’s largest independent research organisations, Chief Scientist Dr Elizabeth Lindstad concluded that from well-to-wake the continued use of HSFO or HFO (heavy fuel oil) with an EGCS is the most environmentally beneficial means of meeting global Greenhouse gas (GHG) emissions targets.

After detailing findings from research involving full scale testing on a number of newbuild vessels, Dr Lindstad told CSA 2020 that: “[Studies] indicate that two-stroke engines with Exhaust Gas Recirculation (EGR) and scrubbers represent the most cost- and GHG-effective way of meeting both IMO Tier 3 NOx rules and the 2020 sulphur cap.

Dr Lindstad stated that based on the energy consumed during the global production of distillate fuels, the continued use of residual fuel will have a positive impact on global GHG emissions, given the energy required to produce distillates would result in higher levels of CO2 being released into the atmosphere.

“With new modern refineries set up to convert crude into higher priced products, HSFO will, from 2020, be delivered from existing refineries where its share of energy consumption can be considered to be next to nothing. The explanation is that the heavy bunker oil coming out from the refinery is the bottom of the barrel. If we acknowledge the lower energy consumption in delivering HSFO and deduct the refining we get 9 to 10g of CO2 equivalent per MJ for HFO, rather than 13 to 15 of CO2 equivalent per MJ for LSFO/MGO.”

“To meet climate targets, i.e. reduce global GHG emissions, we can no longer afford to have standards that are strict in areas where we do not have local pollution problems, while areas with high pollution may need even stricter rules than today,” Dr Lindstad told CSA 2020.

Ian Adams, CSA2020 Executive Director, said the industry has long realised that there is an energy penalty differential in the production of fuels.

“Using higher sulphur fuels with an exhaust gas cleaning system will have a beneficial impact on the global reduction of sulphur and nitrogen oxides emissions, and also on greenhouse gas (GHG) emissions,” said Adams.

“This study provides further scientific evidence that both local SOx and NOx to air and global CO2 emissions will be reduced by the expanded use of HFO with exhaust gas cleaning systems in the marine fleet, with benefits to the marine and port environments and, of course, human health.”