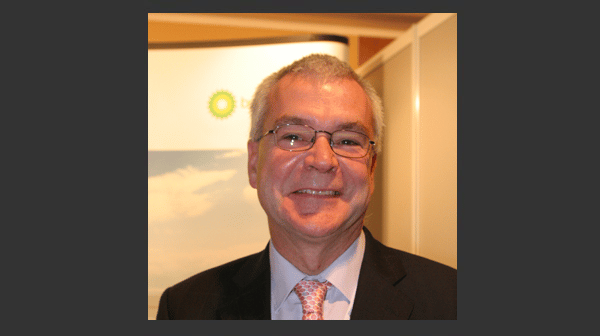 STAINES, 4 December 2018 – The IMO legislated to introduce a 0.5 % sulphur cap for all shipping vessels from 2020 with the aim of protecting human health and the marine environment from noxious sulphur dioxide emissions. The shipping industry is reacting responsibly by fitting vessels with exhaust gas cleaning systems (EGCS), so-called marine scrubbers, or by switching to low sulphur fuel.

The recent announcement by the outgoing CEO of the Maritime and Port Authority of Singapore (MPA) banning the discharge of process water from open loop scrubbers for vessels visiting Singapore came without prior notice or discussion with the IMO despite the fact that the Singapore MPA is a signatory to MARPOL Annex VI. The MPA provided neither scientific evidence for its decision nor was the industry invited to consultation. If there had been discussion, the Singapore MPA might have realised the high risks to human health resulting from the high toxicity of low sulphur fuels and more toxic distillates if no exhaust gas cleaning systems are used. The many dumbbell low sulphur fuels (0.50%S fuel oils) are also expected to have less complete combustion as the fuel boiling point distribution and that this will also contribute to higher particulate matter discharge and poorer air quality in Singapore.

As the pronouncement by the Singapore MPA is likely to have a significant effect on crude carriers operating inert gas plant discharging into Singapore refineries and storage facilities as well as all other vessels visiting Singaporean waters, it is disappointing that the Singapore MPA has been less than open about its plans and has not, as far as we can tell, based its decision on proven scientific findings.

We would urge the IMO, national governments, port and harbour authorities to base any future decisions relating to the use of marine scrubbers, whether they use open or closed loop systems, on evidence and fact.

Ships operating an inert gas plant have discharged process water from open loop scrubbers in the port area for over 50 years. No studies have been published that indicate measurable harm to the marine environment. Nor has the operation of open loop scrubbers at numerous facilities on land such as power station shown to be detrimental to waterways or the environment. In fact, Asia has adopted flue gas desulphurisation (FGD) for several power stations. They include Mawan (1.8GW) in Shenzhen, Guandong province, China, Tanjung Bin (2.1GW) in Malaysia, Paiton (1.4GW) in Indonesia, Manjung (2.1GW) in Malaysia. The FGD installation at Mawan has been listed in China’s “Cross Century Green Project Plan” and the “Blue Sky Project” programme by the government of Guangdong Province and is regarded as a model by the Chinese National Environment Protection Bureau for other seawater flue gas desulphurisation (SWFGD) projects. Around the world there are 50 GW of Alsthom installed sea water scrubbing systems for FGD. Alsthom’s sea water scrubbing process has been recognized and approved by several environmental agencies around the world. In the working draft of the European IPPC Bureau’s Council Directive 96/61/EC on Integrated Pollution Prevention and Control, Alstom’s SWFGD is included as a BAT (Best Available Technique) and described under “3.4.1.2 Seawater Scrubbing”.

Port authorities should consider that the ban of open loop marine scrubber operations is likely to promote the use of low sulphur fuel oils using 0.10%S distillate which have been shown to have a significantly higher toxic impact than heavy sulphur fuel oils (HSFO) (see “Health Effects of Shipping Emissions by Joint Mass Spectrometry Centre, Rostock University and Helmholtz Zentrum München study, presented at the Asia Emissions Technology Conference in Singapore in November 2017). There is furthermore evidence from the refining industry and the IMO Secretary General’s Expert Group on sulphur to show that scrubbers emit 3%-5% less CO2 than low sulphur fuels over their lifecycle. A study by the University of Rostock furthermore identifies the exhaust emissions from low sulphur diesel fuels as posing a greater risk to human health than marine exhaust gas scrubbers.

It is also apparent that in order to address black carbon and other harmful ultrafine particles, the use of exhaust gas after-treatment is going to have to become ubiquitous as long as liquid fossil fuels are the main stay of a ship’s energy. Investing in these technology developments will certainly be hampered by administrations if they act as unreliable stakeholders.

As the Singapore MPA’s announcement focused on open loop scrubbers, one conclusion that may be drawn is that there is a significant difference between the discharge from an open loop EGCS to the discharge from an EGCS operating in closed loop mode. What is not clear or published by the MPA is their assessment of the differences and consequent measured or predicted environmental impact.

The EGCSA welcomes dialogue and evaluation based on science and evidence. We encourage all ports to avoid the quick headline which is politically motivated and provides no measurable society benefit and instead to seek dialogue with the industry, conduct thorough investigations into all the available options for meeting the 2020 sulphur cap and to focus on sustainable solutions that will stand the test of time.