Opinion: Lack of due diligence now could prove an expensive mistake in the future 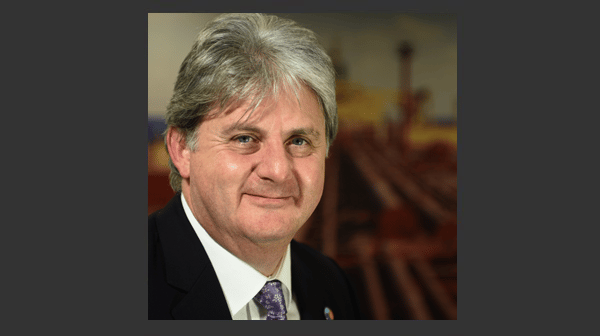 The Chief Executive believes that delegates at the IMO’s MEPC 72 meeting in April are likely to sign off the two-year delay on ballast water Convention implementation dates for existing ships – a move which he describes as “regrettable” since it means another two years of threats from invasive species. However, he believes that the extra 24 months will at least allow more time for the essential due diligence which many ship operators have only just begun to come to terms with.

“The correct choice of system requires a clear understanding of complex scientific and operational issues,” Marshall declares. “As the US Coast Guard (USCG) said in December, plug-and-play is not a realistic option. I fear that many ship operators have not understood the huge risks of choosing a treatment system that is simply not fit for purpose.”

Marshall points to the recent USCG warning as confirmation that type approval for a treatment system does not automatically mean that it is fit-for-purpose. A whole range of operational variables must be carefully assessed, on board the ship itself and relating to its operation. He cites two examples: ultra violet systems can struggle in waters of high turbidity; and electro-chlorination may not be as effective in waters of low temperature and/or low salinity. In both cases, the treatment system may require significantly more power which may or may not be available on-board ship.

Parts of the industry are finally addressing what he describes as “the BWTS conundrum”. But he also points out that whilst many are working hard to understand the practical issues facing the day-to-day operation of treatment systems, many others are simply relying on type approval certificates and testing data that often bears no resemblance to the conditions that their vessels will face in daily operation. The issue was highlighted in December, he points out, when the Maritime Environmental Resource Center withdrew from the USCG testing programme, citing shortcomings in test procedures.

“In addition, the vital importance of system maintenance is only beginning to be understood,” Marshall continues. “Even when a system is fit for purpose on day one, will it still be working effectively and able to pass Port State Control (PSC) tests in two years’ time? For example, a 40-micron filter, which is integral to the effective operation of many systems may be 100% effective when it’s new, but will it work as well when it’s filtered thousands of tonnes of mucky ballast water?”

Filter meshes and filter candles inevitably suffer wear and tear, Marshall observes. “What is 40 microns today, may no longer be 40 microns in 12 months’ time and if larger organisms start to get through, then treatment efficacy is compromised, leading to potential failures in PSC tests. The crew cannot assess any changes to the condition of the filter – the only way to protect against PSC failures is to schedule regular filter element changes, with all the costs that that entails.”

Ultimately, Marshall says that the risks of inadequate due diligence carry huge financial implications for owners. These include delays, higher port charges, penalty fines and off-hire. In a worst case where a vessel failed PSC tests and was forced to sail for international waters, de-ballast, re-ballast and return to the discharge port, other costs would include additional fuel and more off-hire.

“However, I believe the biggest potential risk of poor decision-making now is corporate reputational damage in the future,” says Marshall. “Which charterer would risk hiring a ship with a known history of delays, or an operator with a list of PSC issues? You can be certain that the end-users of shipping services will be conducting their own due diligence to the very highest standards.”