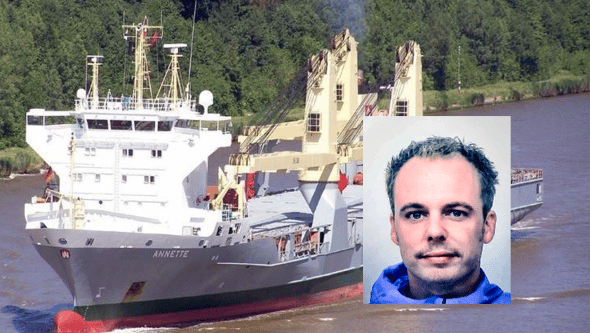 from Marc Sima, the founder and CEO of Germany-based FuelSave

With more shipowners opting to install marine exhaust gas cleaning systems to their fleets, together with the publication of a UMAS report putting paid to the notion that LNG is a viable way of meeting emissions rules, could high-sulphur fuels remain the shipowners’ fuel of choice for meeting emissions requirements?

Marc Sima, the founder and CEO of Germany-based FuelSave thinks so. “High sulphur fuels will remain the industry’s favoured fuel until methanol and hydrogen-based alternatives have attained commercial viability. Until then, the pursuit of LNG is just throwing good money after bad,” he says.

Agreeing with the UMAS findings that there would be no significant reduction (if not a potential increase) in CO2 emissions through the wider take-up of LNG, he refutes the suggestion that low sulphur fuels will become the industry’s primary fuel source by 2020.

“I really can’t see the global fleet switching across to low sulphur fuel in little under two years’ time. Not only would shipowners have to make sure their engines are compatible with the fuel in time, but assuming they are, they would have to revise their supply chains, evaluate compatible lubricating oils, and then sit back and watch their operating costs increase. It just won’t happen. Low sulphur fuels may be today marginally more expensive than LNG, but should the industry make the switch en masse, what are the refiners going to do, reduce the cost? I doubt it.”

To meet the 2020 global sulphur cap, Sima advocates the continued use of HFO/MDO/MGO with the appropriate emissions abatement technology – a scrubber – as the only cost-effective and proven solution for emissions reduction. If a scrubber is opted for, he says its economic and emissions-reducing efficiency can be further optimised by using FuelSave’s patented FS Marine+ solution.

This is ostensibly a fuel additive that can be used with almost any type of two- and four-stroke engine running on HFO, MGO or MDO. It uses an onboard hydrogen synthgas generator to inject a gas and liquid water/methanol solution into an engine’s combustion chamber to significantly improve efficiency. In pilot tests aboard a heavy lift ship, fuel consumption was reduced by 25% equating to net savings of 15%.

“When a scrubber is used in concert with FS Marine+, higher fuel efficiencies can be achieved since the scrubber has less work to do, which equates directly to a greater reduction in fuel consumption. With a scrubber working with our process, we found shipowners can reduce the amortization rate for the scrubber which, currently does not provide a great return on investment. FS MARINE+ provides a real solution to emissions reduction, and without the kind of high investment the use of LNG or low-sulphur fuels would require.”

It is also thought that use of the FuelSave solution could allow for the installation of a smaller scrubber due to the improved exhaust gases, reducing installation volume and costs. This makes it possible to install a scrubber on ships where space is limited.

As a simple-to-install retrofit solution, with or without a scrubber, FuelSave adds a different dimension to the emissions debate, providing shipowners with alternative solution.

What’s more, the system has shown to have a beneficial impact on engine performance as it cleans up the combustion process, resulting in fewer carbon deposits and a reduced lubricating oil requirement.

This has been confirmed by Hamburg-based engine service company Carl Baguhn, which reported less soot on engine cylinders and less wear and tear due to the cleaner combustion process.

Following the FS Marine+ installation aboard the SAL Heavy Lift ship mv Annette, Carl Baguhn Technical Carsten Körbelin said: “It is a matter of fact. We have been maintaining the owner’s Mitsubishi auxiliary engines for some years. They run on MDO, have always been well maintained and operated under normal conditions. But since we installed the FuelSave system, the engine has become much cleaner. There is no visible soot and engine running is much smoother, with reduced levels of noise and vibration. The improvement is astonishing. This is something very special.”

Use of FS Marine+ also extended the times between lubricating oil changes from 500h to 1500h, reducing engine maintenance and service costs, considerably.