Opinion: Coating over a coating problem 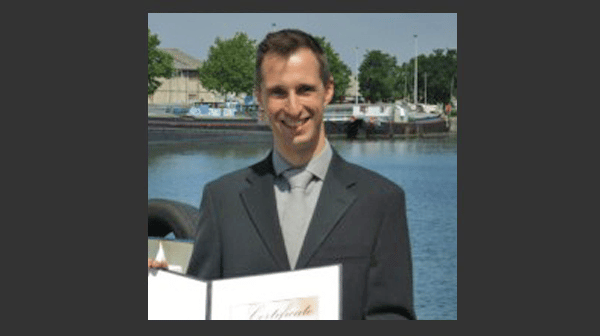 Subsea Industries’ NACE coatings inspector Manuel Hof explains why shipowners can no longer afford to gloss over the marine environment issue
“Today’s ships are expected to demonstrate their environmental credentials in many different areas, including emissions, non-toxicity, fuel savings and more.
That’s why Subsea Industries stresses that its underwater coating systems provide an optimum solution for reducing fuel consumption by maintaining a smooth surface and reducing fouling in the most environmentally-safest way possible.
Indeed, independent tests carried out in the Netherlands and Canada have verified that all the company’s coatings – Ecospeed, Ecoshield, Ecofix, Ecolock and Ecolast –are totally biocide-free and 100% non-toxic. This means there is no negative effect on the water column or the wider marine environment at any point in their use.
Furthermore, virtually zero volatile organic compounds (VOCs) are released into the atmosphere during application, unlike the massive amounts of VOC and zinc anode emissions associated with conventional hull coating or protection systems.
Zinc anodes are used to limit corrosion to metal surfaces that come into contact with seawater; the idea being that the anode corrodes rather than the steel surface to which it is fixed. Anodes thus can release highly toxic metals into the water, particularly when the hull protective coating is damaged leaving the steel exposed. As hard coatings, Subsea Industries’ coatings are much more resistant to damage than conventional paints.
Our coating systems require only two coats of 500µm each applied to bare steel, aluminium or glass-reinforced plastic. These two layers form a homogenous protective coating capable of lasting the life of the vessel. No primer, no midcoat, no tiecoat, or no topcoat are needed.
Typical antifouling paint is applied in three or four layers and needs to be reapplied every three or four years. This will reach a point where the surface becomes too uneven because of the number of layers and resulting internal stress build-up. Then a full re-blast and re-coat will be required, meaning a considerable environmental hazard is created each time, resulting in creation of potentially toxic debris during blasting and VOC emissions when the fresh paints are applied.
Many hull coatings contain biocides to prevent fouling by marine organisms, although the strongest and most effective biocide, tributyl tin (TBT) has now been banned. For the biocide to work, the coating must release toxins into the water. Where there is a high concentration of shipping, such as in ports and busy shipping lanes, these toxins can rise to a high-level, which has an adverse effect on fisheries and other marine life. As Subsea Industries’ products are totally biocide free no toxins are released.
If a conventionally-coated hull is cleaned to remove fouling, even more biocides are released into the water, along with surviving organisms which are detached from the hull. The risk of introduction of invasive non-native species is thus very high, a similar risk to that imposed by discharge of ballast water. Concerns have been expressed that even more non-indigenous species (NIS) may be transported through hull fouling than through ships’ ballast water.
In most ports around the world, underwater cleaning has come under scrutiny out of fear that viable NIS are released and spread by the operation, rather than contained and disposed of. Several ports and countries have banned underwater cleaning out of concerns of the pulse release of biocides and an increased risk of transferring NIS.
Another important outcome of the independent test carried out by the Dutch authorities was the submission of the results to port authorities and environmental agencies worldwide in order to allow underwater cleaning of our coating systems. As a result, several economically important ports have made an exception to the ban and this only for our coatings. These ports recognise the negative impact of biocidal paints and want to support environmentally safe solutions.
Subsea Industries has designed special tools that can be used for regular frequent in-water cleaning of hulls coated with Ecospeed. No damage is caused to the surface of the coating and none of the coating is removed – in fact the cleaning process makes the hull even smoother, further enhancing the hydrodynamic characteristics.
A hydrodynamically smooth hull, with an absence of fouling build-up, has a significant positive impact on fuel consumption.
A fouled hull carries with it a fuel penalty. The worse the fouling, the slower the ship will sail at a given rpm. More power will be required to keep the ship sailing at a given speed. This means higher fuel consumption. Depending on the degree of fouling, this can be as much as 85% more. Higher fuel consumption results in more greenhouse gases and other emissions which pollute the earth’s atmosphere.
The annual fuel consumption by the world fleet is estimated at 350 million tonnes. This implies an annual CO2 output of approximately 850 million – 1.1 billion tonnes. On a global scale the potential for the reduction in fuel consumption and greenhouse gas emissions is enormous. If 80% of the world fleet would switch from biocidal antifoulings to our coating systems, this would save an estimated 28.5 million tonnes in annual fuel consumption and 90 million tonnes in annual CO2 output.
We offer a TBT-free, copper-free and biocide-free solution, which release no toxins at any stage, improves with maintenance, and helps reduce emissions of greenhouse gases, sulphur and nitrogen oxides, particulate matter, zinc anode emissions and VOCs. This makes our coating systems the Best Available Technology for companies that take their environmental responsibility seriously.”