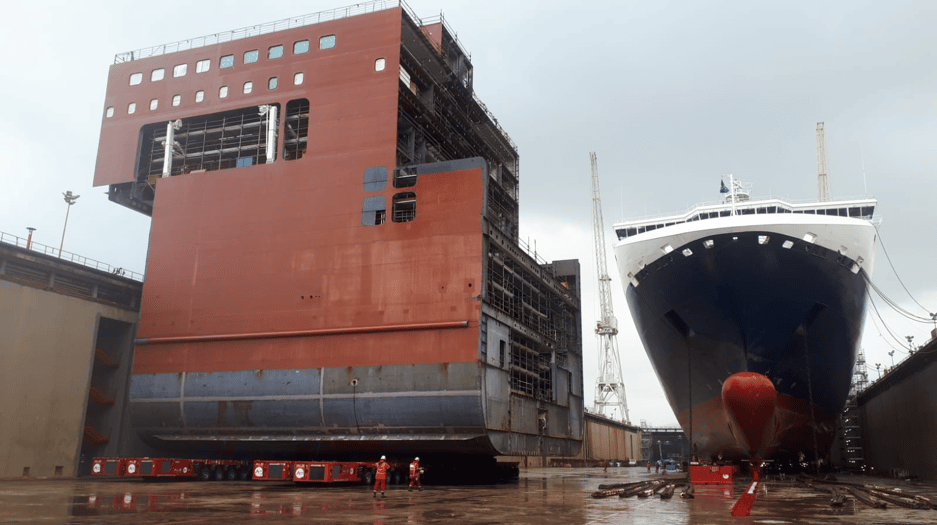 Three more beaver dredgers Embarka 2, Embarka 5 and Embarka 6 are scheduled for conversion at an Egyptian yard later this year.

Ayman Saad, Director, Ocean Power International LLC, Thordon’s distributor in the region, said: “NMDC – one of the world’s leading dredging companies with a fleet of more than 90 vessels – has established a strong reputation for delivering high quality projects and services. It is nice to think that Thordon’s seawater lubricated Composite cutterhead shaft bearings have played an important role in that success.”

Since the first bearing conversion in the 1990s, the robustness and through-life performance of Thordon’s Composite bearings have proven to reduce NMDC’s vessel operating costs. This is largely because the elastomeric polymer bearing does not require any lubricating grease, reduces vessel downtime and extends time between bearing replacement.

Commenting on their performance, NMDC Technical Director Mr. Mohamad Al Sayed said: “Thordon’s Composite is the best bearing material invented. It gives you peace of mind when dredgers are operating 24/7.”

Senior Technical Manager Mr. Ashraf Sohad agreed: “The bearings just do not wear out, even after ten years of continuous operation.”

Over the past two decades, Ocean Power International, which provides 24/7 engineering support for cutter shaft and intermediate shaft repair and maintenance support to NMDC, has converted all of the company’s cutter shaft bearings to the Thordon seawater lubricated system.

“Thordon’s Composite bearing is the preferred choice of bearing for NMDC dredgers and there is no compromise when it comes to the cutter shaft bearings,” said NMDC Fleet Manager Mr. Mohamad Fawzy.

“They are easy to machine and install and bearing wear rate is minimum compared to other products. There is an infinite shelf life and that’s the reason we keep one set of spare bearings in the warehouse for emergency backup,” he said.

George Morrison, Thordon Bearings’ Regional Manager, EMEA ANZ, said: “Composite seawater lubricated bearing wear rates in the abrasive conditions most dredgers operate in are typically half that of rubber bearings, reducing maintenance downtime over the life of the vessel.”

With the emergence of more stringent environmental regulations most dredgers are now fitted with seawater lubricated cutterhead shaft and intermediate ladder bearings to mitigate against the risk of polluting ecologically sensitive environments.