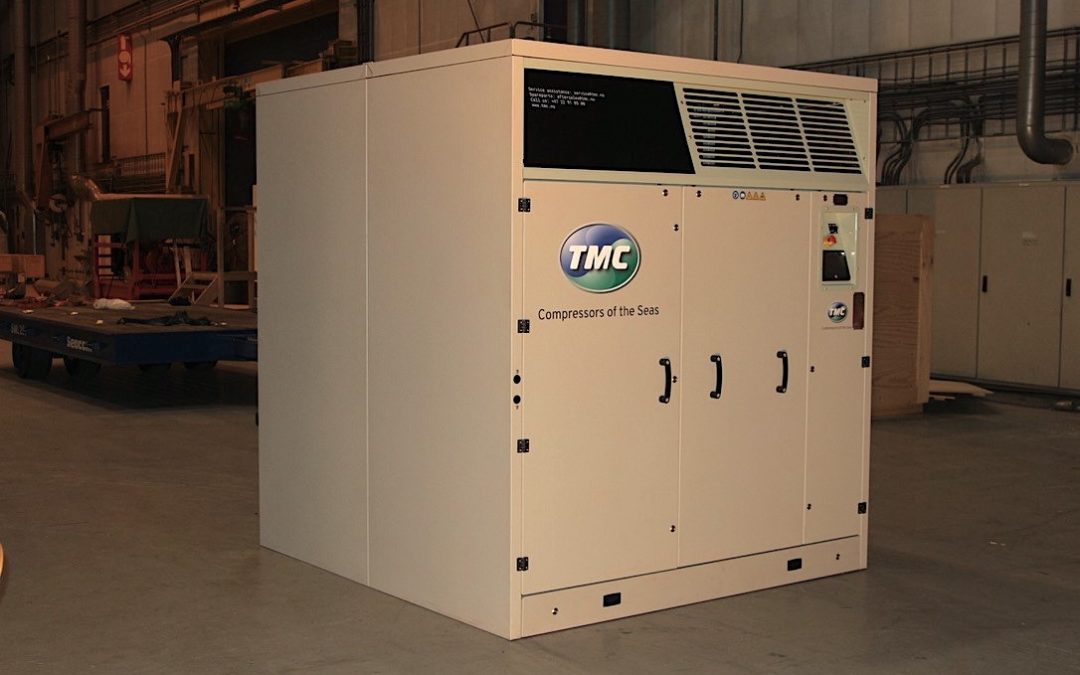 TMC Compressors of the Seas (TMC) is launching a range of marine compressors for use in combination with air lubrication systems (ALS) to help ships further reduce fuel consumption and emissions to air.

TMC’s marine compressed air systems for air lubrication systems can be utilised to generate the required stream of air bubbles that passes continuously beneath the ship’s surface, thereby reducing frictional resistance between the hull and the seawater.

“We have a duty to both our customers and the globe to continuously make our products even more energy efficient and less harmful to the environment. This responsibility extends to identifying new usage areas for our marine compressed air technology, such as in combination with air lubrication systems,” says Hans Petter Tanum, TMC’s director of sales and business development.

TMC will offer a wide range of large compressors for air lubrication system applications, ranging from 50 kW to 400 kW capacity. TMC has also developed an associated electronic ALS control system that is integrated in a specially designed control room cabinet.

“All ALS equipment will be manufactured in Norway, close to our Oslo headquarters, to enable continuous follow-up by our expert technicians during the assembly phase,” says Tanum.

For air lubrication systems, air bubble outlets are created at different locations along the bottom of the hull, ideally symmetrically on both the sides of the ship’s centre line. In combination with TMC’s ALS compressors, the system can continuously ensure that a uniform layer of air bubbles is maintained beneath the ship, and as a result produce the desired energy-saving effect.

“With the right ship hull design, the air lubrication system can generate substantial reductions of both fuel and CO2 emissions, with an associated decrease of the vessel’s operating costs. We are proud to offer a compressed air product that can help ALS become more mainstream in the shipping and offshore industries,” adds Tanum.

TMC is the world’s leading supplier of compressed air systems for marine and offshore use. The company is headquartered in Oslo, Norway.