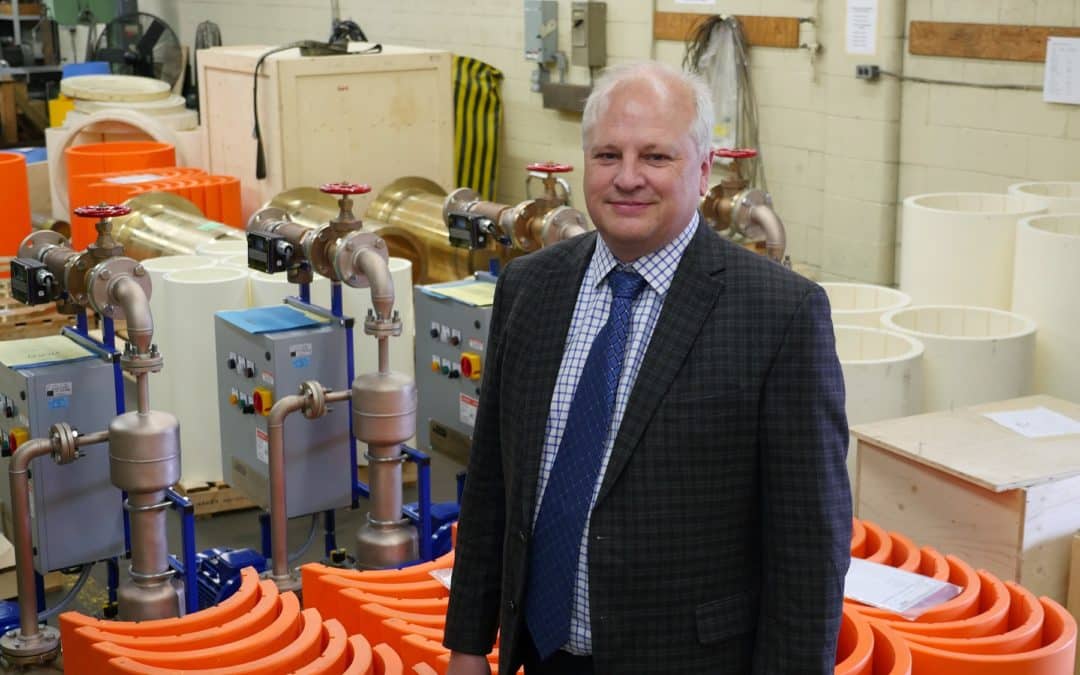 A native of Sweden, Haraldsson has more than 25 years of strategic sales experience across a myriad of maritime sectors, having held senior sales positions with well-known original equipment manufacturers and service providers, including Consilium, De Nora, Jowa, and Harris Pye.

Throughout his career, he has been a prominent crusader for environmental sustainability and marine safety. During his ten-year tenure with Sweden-headquartered water treatment specialist Jowa, Michael was instrumental in the development of international mandatory regulations requiring water ingress alarms on bulk carriers. The development resulted in a dramatic increase in sales for the company’s monitoring systems.

“I am delighted to join Thordon Bearings, a company with a recognised reputation for quality, robust, state-of-the-art marine products, alongside a commitment to environmental excellence,” Haraldsson said. “The prospect of converting more shipowners and shipyards to a system that is proven both commercially and technically to reduce a vessel’s impact on the marine environment while saving ship owners money is a very exciting proposition, indeed.”

Neil Cooper, Thordon’s recently appointed Vice President-Sales, said: “It’s a pleasure to welcome Michael to the Thordon family. Michael has a wealth of maritime industry knowledge and contacts to draw upon, along with documented success in creating new partnerships and opportunities for companies with an environmental element to their product portfolios. A key aspect of his role will be to develop relationships with ship owners throughout Europe and the Middle East.”

Michael will operate from Thordon’s office in London, UK, where he will be the main point of contact for those European and Middle Eastern shipowners and shipyards looking to reduce operational costs and improve environmental footprints through the elimination of pollution from oil and grease lubricated bearings and seals.