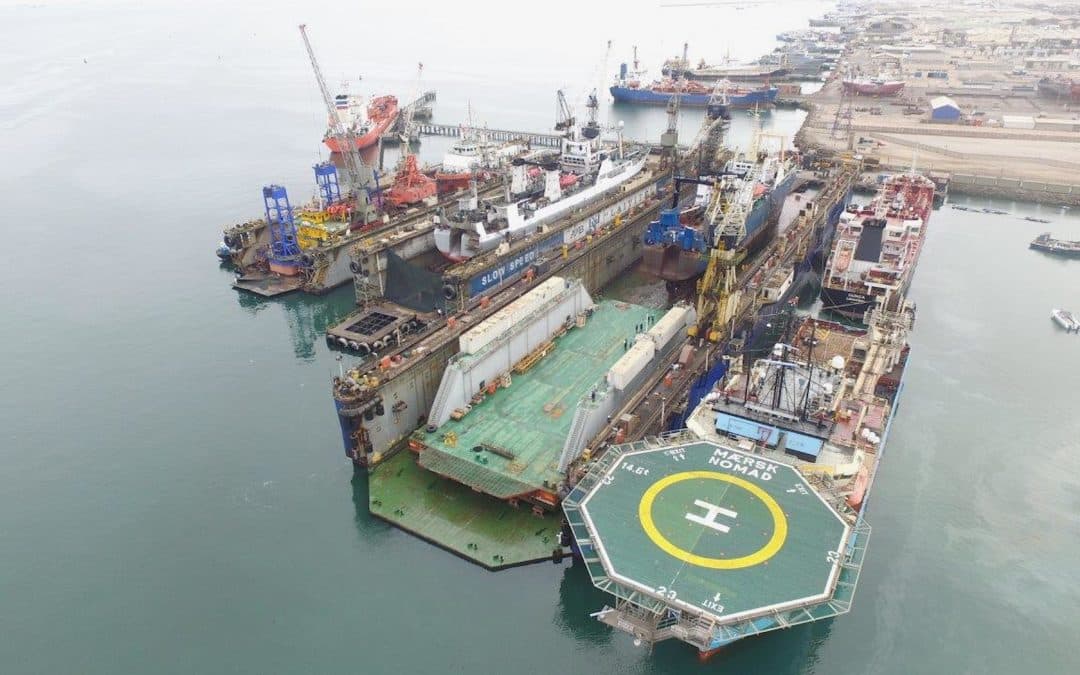 In September 2019, in a milestone agreement, Namdock concluded a contract to maintain and repair the vessels of the Marinha de Guerra Angolana (MGA), the Angolan Navy.

According to Namdock’s Commercial and Operations Manager, Willie Esterhuyse, although the contract has been concluded, the exact date when the vessels will be arriving in Walvis Bay has not been finalised, it is anticipated that this will be early in 2020.

In terms of this agreement, Namdock will take two Angolan Navy vessels into its dry docks initially. However, there is a possible extension to this contract into 2020 to service the Navy’s other vessels as well as supplying related services and training.

The Angolan Navy was founded in 1976 by the country’s first president Antonio Agostinho Neto. According to wiki.org, the Navy consists of some 40 vessels including fast missile craft, fast torpedo craft, coastal patrol boats and minesweepers. The Angolan news agency Angop reports that efforts are underway to enhance the effectiveness of the Angolan force. Emphasising the importance of the Angolan Navy, the chief of the General Staff of the Angolan Armed Forces has alluded to international terrorism which he says: ‘poses a serious threat to the Gulf of Guinea’ and neighbouring countries such as Angola.

The conclusion of this contract required extensive negotiations which were started in 2017. Representatives of the MGA visited Walvis Bay to inspect Namdock’s facilities, while the Namibian company also dispatched technicians to Luanda to inspect the naval vessels.

Although the Angolan Navy is 42 years old, it is reported that maintenance and repairs have been carried out internally. “We are pleased to welcome this new customer to our shipyard which is arguably the most sophisticated and efficient on the West Coast of Africa,” continues Esterhuyse. In the recent past, Namdock’s has been fostering this cooperation with Angola and has carried out projects such as the repair of the Angolan Ministry of Fisheries (Pescangola) floating dry dock.

He comments that the maintenance and repair of naval vessels does not require any skills that Namdock does not have. “We are used to working on naval vessels as we have been maintaining those of the Namibian Navy since our company’s inception in 2006,” he says.

The first two vessels will be sailed from Angola and will undergo a turnkey maintenance operation at Walvis Bay, where all services such as dry docking, sandblasting, coating, mechanical, metalwork, valves, piping, engine work, electronics are fully available. As these vessels play a key part in the defence of Angola, Namdock will be bringing all its experience and expertise to bear to effect a rapid turnaround.

“This contract is further testimony to the successful collaboration that we have had with other Angolan Ministries and clearly demonstrates the shipyard’s capacity and outstanding, effective and efficient performance to date.”

The award of this contract follows an eventful year for Namdock marked by the steady increase in yard activity and significant growth in enquiries that have translated into confirmed yard bookings. “This has progressively allowed us to overcome the depressed economic cycle that has constrained our industry since 2016,” explains Namdock’s Acting CEO Heritha Nankole Muyoba.

“As industry leaders, our core values of trust, excellence and integrity have assisted us in gaining recognition as the preferred ship repair partner along the West Coast of Africa,” she continues.

“This Angolan contract is a proud milestone for us in the development of our company and our continuing ability to make a meaningful contribution to our Namibian economy,” Nankole Muyoba concludes.