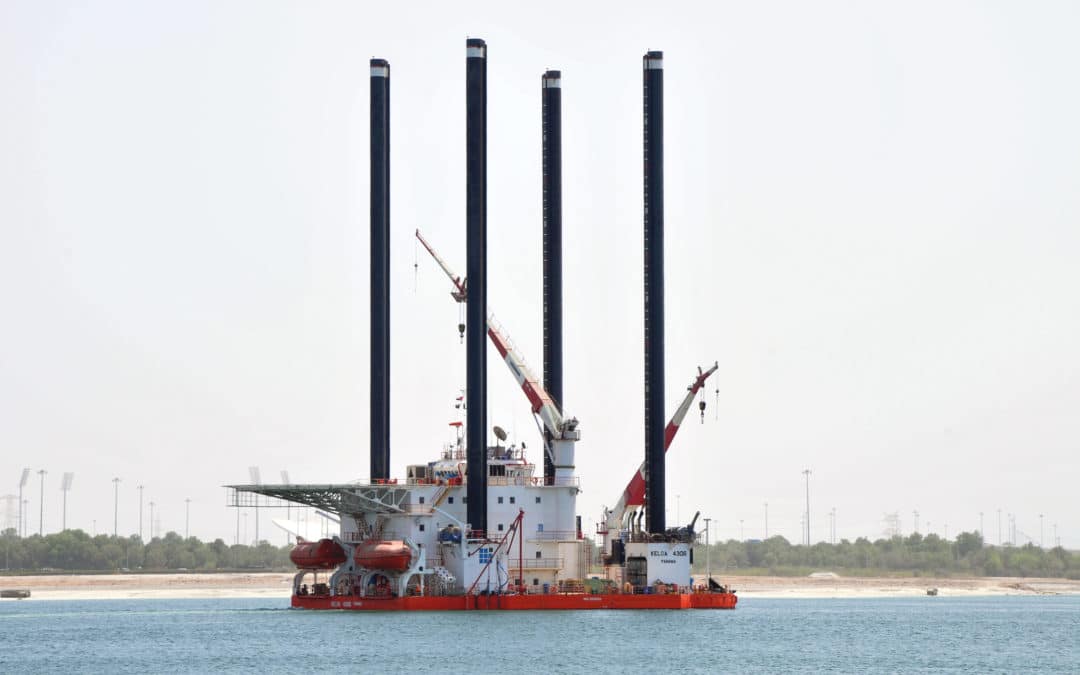 The systems will protect the barges against blockages in pipework caused by the growth of barnacles and mussels which can impair the efficiency of engine cooling systems and ancillary equipment.

The systems will be installed over the coming months when the Kikuyu, Kawawa, Kudeta and Keloa return to the GMS yard in Abu Dhabi for scheduled maintenance work.

The order was obtained by Cathelco Middle East who are based in Sharjah and provide sales and technical support throughout the region.

“Bio-fouling organisms grow rapidly in warm, shallow waters and therefore Cathelco MGPS are widely used on jackups to prevent the problems caused by blockages in pipework”, said Stevenson Verghese, managing director of Cathelco Middle East.
Cathelco will be supplying two types of MGPS systems for each of the vessels, one to provide protection when they are in transit with their hulls floating on the water and the other for when the platforms are in the elevated position.
The seachest installations, protecting the vessel in transit, will consist of two pairs of copper and aluminium anodes connected to a control panel, whilst in the elevated position copper anodes will be used protect the submersible pumps.
In operation, the copper anode produces ions which flow through the pipework and create an environment where mussel and barnacle larvae do not settle or grow. At the same time, the aluminium ions produce an anti-corrosive layer on the internal surfaces of pipes.

The concentrations of copper are extremely small, but effective in preventing blockages caused by bio-fouling. As a result, the system is environmentally benign and does not harm the wider marine habitat.
Cathelco are the largest manufacturers of MGPS equipment in the world with a record of over 50,000 installations during a period of more than 60 years. Their systems are used on offshore platforms and jackup rigs in locations from the Middle East to the Russian Arctic as well as numerous types of commercial ships including offshore supply vessels.