Intercargo call for rethink on BWT implementation for bulk carriers 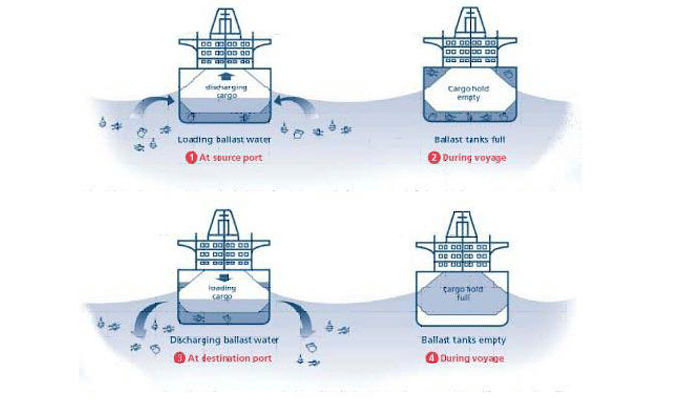 A statement issued by Intercargo in advance of the IMO’s upcoming Marine Environment Protection Committee meeting next week calls for re-consideration of the BWT regulations in respect of bulk carriers.

The statement reads:
“In view of the International Maritime Organisation’s (IMO) Marine Environment Protection Committee upcoming meeting (MEPC 71 during 3-7 July 2017), INTERCARGO re-iterates its welcoming the entry into force of the Ballast Water Management (BWM) Convention in September.
Aspiring to the Convention’s effective implementation, our Association will be making MEPC 71 Committee aware of the critical challenges faced by the bulk carrier segment of the industry. The world bulk carrier fleet is by far the largest single sector by deadweight tonnage and a significant proportion of it utilizes the highly energy efficient gravity discharge system for the topside ballast water tanks. Topside tanks are an integral part of bulk carriers.
However, retrofitting a Ballast Water Treatment System onto a Bulk Carrier that uses gravity discharge for the Top Side Tanks would need to overcome major technical challenges. The changes require substantial modifications to the construction of these bulk vessels. By removing gravity discharge systems, their most significant advantage would be lost, namely that of high energy efficiency.
INTERCARGO proposes for existing bulk carriers only, the use of “extended ballast water exchange” to be implemented solely for these tanks, with the remaining ballast water treated by a system to be fitted on all vessels.
The regulation in place should respect the highly capital intensive nature of the industry and avoid distorting the market’s level playing field by marginalising thousands of viable and quality bulk carriers. In this respect, INTERCARGO sees the above proposal as pragmatic and constructive.
In addition to the difficulties described in the above paper, INTERCARGO has also submitted Paper MEPC 71/INF.20 which informs of some of the other significant technical and operational challenges faced by bulk carriers.”