Guest Editorial: Prudent Agents have to move with the times 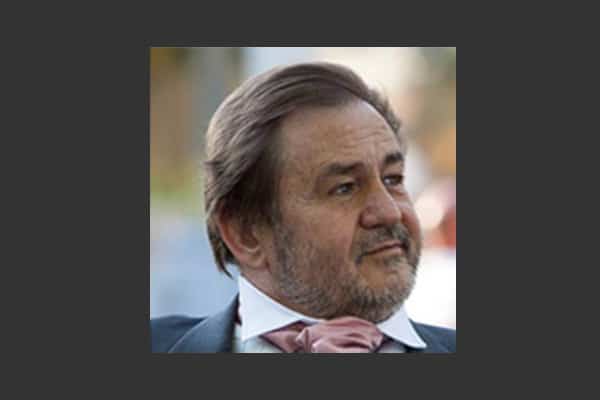 Mike McMahon is a Master Mariner who has worked in the Marine Service Industry for over 27 years, the last 20 years as a Ship Repair yard agent. His time at sea was served on Chemical Carriers so tankers has always been his strongpoint. Now at the age of 62 he looks back at changes that took place that required a change to the Shipyard Agency practices of yesteryear.

The boom years of the late noughties in ship repair coincided with the financial crash but the crash did seem to take quite a while to filter down to the world of ship repair. In the slow years the only industry that remained on top seemed to be offshore and yards that specialised on these vessels saw very lucrative contracts.

It was not unlikely for a $1M to be spent on a conversion project for a charter that was only to run for a few months. Such was the potential earnings of the ship owner.

The oil price has put paid to that and the African yards that thrived on this business are now avidly looking for alternatives to fill their empty docks. Centres like Aberdeen and Stavanger resemble western ghost towns and statistics state that over 65,000 people working in oil and gas and the offshore industry have lost their jobs as a result of the oil price fall. That’s the population of a small town in the UK!

You would think, therefore that this would have a knock on effect across all shipping but the actual situation is confusing, with difficulty to define a reason. One Spanish yard boasted nearly 100% dock occupancy over the last year, counting the empty days of their two docks on just two hands.

While at the same time the major Singapore and Malaysia yards have been undercutting each other, offering huge discounts, to prise business from each other. All profess they could do with an increase in orders.

That wasn’t the case last year. Far Eastern yards in SE Asia and China saw full docks and bulging pockets in the second half of 2015 while prudent tanker and bulk owners put their vessels through special survey early to beat the legislation introduction for Ballast Water Treatment Systems.

IMO and the US Coastguard are putting out differing rules on the requirements and it seems with every quarter something else changes to warrant a further delay in the legislation introduction. Basically owners are going to be forced to spend a great deal of money buying equipment and then an even bigger sum installing it in a shipyard. The equipment is a capital cost with no pay back and will result in owners selecting to sell or scrap older vessels rather than pay for equipment with no pay back.

Environmentalists will argue that the payback is in protecting the environment but I doubt many owners will agree when they are faced with the bill.

So shipyard agents have refocused and are trying to take out most of the guesswork for the owner. With nearly 100 untried units available to the owner, with no USCG approval, it was up to the Agencies to investigate the market, find a system which meets the requirements, get the necessary training and offer it to the customers.

My company has done just that and covered the market requirement by teaming up with a manufacturer of a filtration/UV system and a manufacturer of and electro chlorination system so all vessel types and sizes are covered. By attending the conventions and keeping up with legislation changes we can become the owners project manager, I guess not that far away from the repair advice we have been giving for 20 years.

Although not a repair product manufacturers of BWT Management systems have found that Ship Repair Agents are the ideal people to market their product and most agents, having done their due diligence, have now teamed up with a manufacturer or manufacturers.

So the need for the “good old agent” is still there but the days of visiting customers to pick up box files of specification to courier to the shipyards are long gone. Now the requirement is advice, based on years of knowledge and releasing busy superintendents from the labour intensive process of finding the right yard or service.

Marine Marketing International is a ship repair agent based in Milton Keynes, England. Their core business is finding repair services, spares and specialised services for ship owners and ship managers based in the UK and Ireland. MMI was first established in 1985 and became privately owned in 1995. Mike McMahon purchased 100% of the shares in 2004 becoming the new director. Since then the business has gone from strength to strength, expanding into Europe (MMI Europe) and increasing the manpower in the UK in the employment of a full time technical assistant and a new Business Development Manager.

MMI operates to its company motto, “Your partner in ship repair”. They offer an honest and unbiased opinion of the repair industry assisting their customers to make the right decision for them.

MMI’s Principals are visited, vetted and approved by MMI to ensure they are able to market them accurately and honestly. In the past 18 months, MMI have spent time increasing their portfolio of marine services, allowing them to offer more than just a dry docking. They have now signed agreements with Principals to Market stern tube seal repairs and servicing, UTM services, Laser Cladding to name a few. The most recent additions are two major contenders in Ballast Water Treatment covering UV filtration and electro-chlorination.
If you want to find out more about MMI in the UK or in Europe, you can visit their website at www.marine.marketing