Guest Editorial: Passenger ships have a future in sustainable Europe 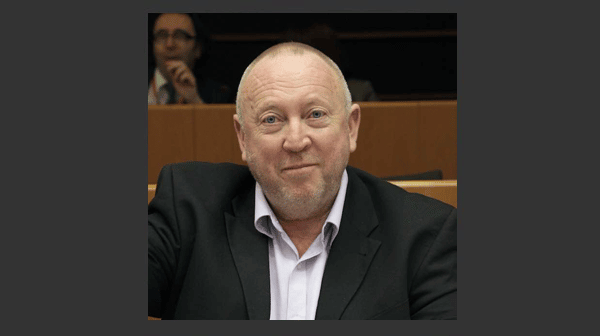 by Keith Taylor, Member of the European Parliament for the UK’s South East region and Green Party Animals spokesperson. Mr. Taylor sits on the Committee on Transport and Tourism, and the Committee on Environment, Public Health and Food Safety.

The majority of commuters in Europe travel by road, but the ever clearer environmental, pollution and congestion issues inexorably linked to the dominance of road transport mean that the status quo is unsustainable, for the planet, our lungs, and our mental health. Across the EU, we must reduce our reliance on cars.

Which is why I am delighted that my colleagues in the European Parliament have voted, overwhelmingly, to back my report exploring the potential for waterborne passenger transport services to play a crucial role in creating a more efficient and sustainable EU-wide transport industry in Europe.

Making better use of Europe’s waterway capacity will not only reduce congestion and CO2 emissions but also help tackle the deadly air pollution crisis and, ultimately, provide better transport services across the EU.

Britain and mainland Europe is blessed with numerous beautiful rivers, waterways, estuaries, coastlines and islands; geographical opportunities which can be further explored by the transport industry.

Passenger ships already play an important role in the mobility of citizens; more than 400 million people pass through EU ports every year. And almost 120 million passengers travel between ports in the same EU country.

However, there is still so much untapped potential; in many areas, travelling by ferry or cruise ships would be more sustainable, easier and quicker than the current alternatives.

Investing in this potential would increase the social and economic welfare of Britain and Europe’s port and riverside towns and cities while protecting our environment and the health of British and EU citizens. Investment in waterborne passenger transport vessels and infrastructure can also provide a huge tourism boost to some of the UK and Europe’s most neglected regions. Furthermore, the services could also provide a lifeline for remote and underserved communities.

In my report, I call for coordinated local transport infrastructure plans that include integrated ticketing and information systems and consider the rights and needs of people with reduced mobility, commuters and tourists alike.

I also highlight the need to reassess passenger ship safety legislation; that which exists has been put in place over the last fifteen years mainly as a reaction to accidents. The legislation has resulted in improved passenger safety across the EU and facilitated search and rescue operations when needed. Nevertheless, there is scope to improve existing safety standards.

I’m calling on the EU to step up its enforcement of the existing rules and simplify the current regulatory framework in order to remove outdated or overlapping requirements.

Finally, even though ferries and cruises are already one of the most sustainable ways to travel, there is now an opportunity to make ships cleaner and more energy efficient by investing in research and innovative technologies such as solar and wind energy, onshore electricity, and non-fossil alternative fuels. The adoption of my report will, hopefully, bring us one step closer to realising the potential of waterborne passenger and the key role the industry can play in creating a more sustainable European Union.