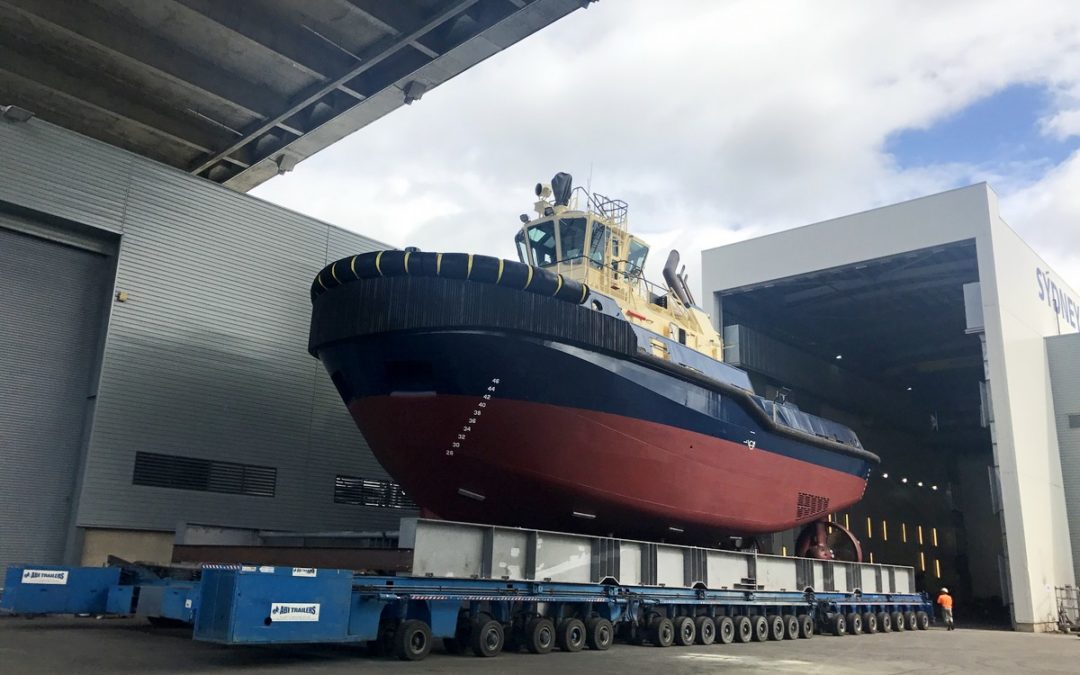 Sydney City Marine has completed its first maintenance docking of a Damen vessel since the signing of a Memorandum of Understanding (MOU) with Damen Shipyards Group last year. The works signify the successful cooperation between Damen Services in the Netherlands, the Damen Service Hub in Brisbane and Sydney City Marine.

The vessel in question was the Svitzer Warang, a Damen ASD 2810 owned by global towage operator Svitzer. Sydney City Marine was contracted by Svitzer to carry out a 5-year special survey on the vessel. The Svitzer Warang left the yard just before Christmas 2016.

“We performed a full-on scope of works on this tug,” explains Sydney City Marine Director Brenton Fischer. “This included all Lloyd’s Register requirements. We also gave her a full paint job – blasting and painting above and below the water line. All finished on time and on budget.”

The project is also notable because it was the first time that Sydney City Marine used its new ship cradle. “This cradle can handle tugs of up to 500 tonnes – meaning that we can receive the majority of the harbour tugs on the east coast of Australia,” continues Mr Fischer. “It is great to see this cradle come to fruition. And, with Damen’s assistance with the design, it is a big achievement for all involved.”

Brisbane support
In accordance with the MOU between the two companies, Damen provided technical assistance, engineering capacity and any necessary parts and equipment from its Service Hub in Brisbane. “This has been a very successful project,” comments Damen Service Hub Manager Andrew Stevens. “We had a Field Service Engineer working on demand down in Sydney. His role was to give technical support and clarify certain aspects. In terms of communication, this docking has really been a good demonstration of our ability to work together.”

Mr Stevens goes on to emphasise the relevance of the yard’s new cradle: “This cradle gives the yard massive potential for taking on bigger projects. Sydney City Marine is now a big competitor on the Australian east coast.”

Spare parts package
Complementing the role of the Damen Service Hub in Brisbane was the involvement of Damen Services in the Netherlands. “The docking of the Svitzer Warang also called for spare parts outside the normal package,” adds Mr Fischer. “This was coordinated by Damen in the Netherlands – the contact that we have had with them has been fantastic. And the spare parts package that they delivered was excellent.”

“This is the type of project that we had in mind when we signed the MOU with Sydney City Marine last year,” comments Damen Regional Service Manager Onno Piesens. “It is a cooperative relationship that owners of Damen-built vessels active in Australia and New Zealand can really benefit from.”