FEATURE: Return of the Tin 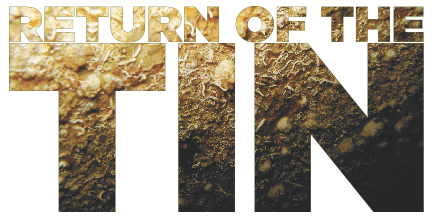 The re-emergence of organotin in marine hull coatings is of increasing concern, with academics and environmentalists calling on the IMO to investigate the use of tin in silicone-based foul release systems and other ships hull coatings.

While use of the organotin tributyltin (TBT) was outlawed as an active biocide almost ten years ago, the International Maritime Organisation (IMO) is claimed to “have left the door open” for tin as a catalyst, but according to some academics the amount of organotin used suggests it could be acting as the active agent.

Dr Rik Bruer, a former researcher at Netherlands research institute TNO and now managing director of Finsulate, a manufacturer of a non-toxic antifouling wrap, said: “I have seen for myself that something strange happened with the formulation of these foul release coatings. Until 2002 I worked at TNO and at that time the chemistry of the silicone foul release coatings seemed to be in order. There was some organotin in there, but this is known to be a catalyst for curing these coatings.

“About a year ago, I studied the Materials Safety Data Sheets of recent versions of these foul release coatings and it turns out that the amount of ‘catalyst’ added is more than ten times higher compared to 2005. For me there is no debate that there is a purpose beside the catalyst activity and that the risk of spreading tin compounds again to kill marine life is eminent.”

While shipowners may have thought the use of organotins in marine hull coatings was completely outlawed in 2008 with the ban on tributyltin (TBT), they can still be used as a catalyst if organotin content does not exceed the allowable limit of 250mg/1kg of paint. Dibutyltin and dioctyltin are the organotins under most scrutiny.

The question is why are organotins still being used when there are much safer chemicals available that are just as effective as catalysts for curing hull coatings? Even small amounts of organotin leaching in to the sea can impact marine fauna in the same way as TBT.

Professor Daniel Rittschof, a specialist in barnacles and other arthropods at the Duke University in North Carolina, in the US said: “Part of the problem is that at very low concentrations, less than 1/1000th of the amount in coatings, organotins cause molluscs to change sex and/or become behaviourally castrated, with male following male pheromones and female following female pheromones.”

While some manufacturers’ Safety Data Sheets have detailed the use of organotins in their paint systems, Rittschof said: “The effects of dibutyltin and probably dioctyltin are similar to TBT. Organotins at very low levels alter enzymes that process steroids, which is why molluscs change sex.”

Boud Van Rompay, chairman of Subsea Industries, the manufacturer of the Ecospeed hull coating system, said: “Only a proper and independent investigation will determine whether some paints exceed the permitted levels. But like most people in the industry, we had thought the days of toxic tin in hull coatings was long gone. It is very worrying to hear this may not be so.”

Acknowledging that, as a manufacturer of non-toxic hull coatings, he does not purport to be unbiased, Van Rompay questioned whether silicone-based hull coatings are relying on the presence of organotins as an active ingredient to prevent fouling, rather than a catalyst to deliver ‘non-stick’ properties to the coating.

Referring to a recent report, he said: “Independent research on the tin content of some foul release coatings appears to have identified levels allegedly exceeding the limits set by the IMO’s Marine Environmental Protection Committee (MEPC). This tends to support earlier research indicating that this type of paint appeared to be having a toxic effect on aquatic fauna in a way that led to the ban on tributyltin (TBT) in 2008.

“However, it is important that independent laboratories assess the biofouling on these hulls, underwater or in drydock, to measure the levels of toxicity. We need to have clear evidence on how these silicone-based coatings are affecting marine organisms, which are vital to the marine eco system.”

Citing a 2013 study that noted dibutyltin ‘showed toxicity toward fish and shrimp’ even when used as a catalyst, Van Rompay’ said: “There are studies available in the public domain that should have already raised alarm bells.” 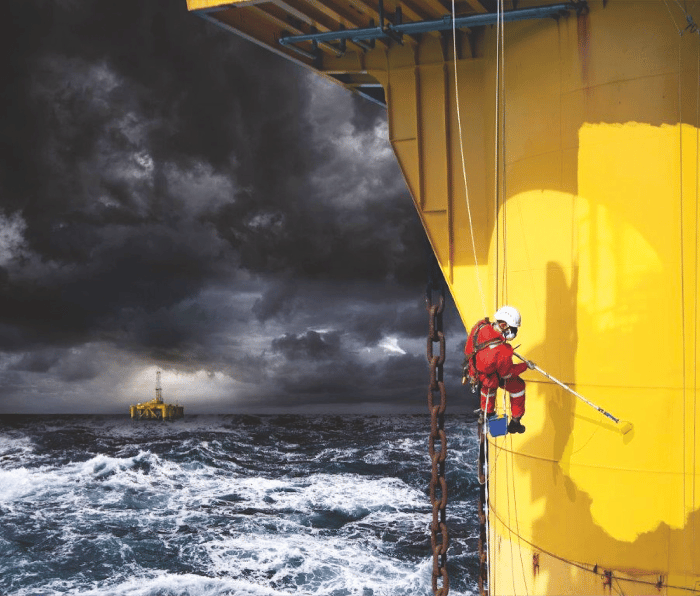 Jotun has developed a unique maintenance coating system offering offshore operators the optimum in protection, durability and ease of application, while reducing costs. The new range – which consists of the Barrier Smart Pack, Jotamastic Smart Pack HB and Hardtop One – will be the world’s first NORSOK approved solution for brush and roller application on power tooled and water jetted surfaces.

“Until now, offshore maintenance solutions were typically designed and tested in accordance with standards for new constructions,” comments Lasse Isaksen, Global Concept Director – Offshore, Jotun. “This simply does not reflect the challenges that our customers experience when maintaining existing assets.

“For example, preparing a surface for coating application offshore is far more demanding than doing so in a yard. Poor preparation can lead to premature coating breakdown and shorter lifetimes than for standard products, resulting in an increased frequency of maintenance. With offshore maintenance being up to 10-15 times more expensive per m2 than it is in a yard, this is an added cost our customers can do without.

“That’s why this system, designed specifically for brush or roller application and passing the industry’s most stringent standards (NORSOK and ISO 20340), is so important. It delivers better coating integrity, longer maintenance intervals, enhanced efficiency, and, of course, real cost savings. It’s the solution the industry has been waiting for.”

Marine coatings customers will now enjoy anytime, anywhere access to data most critical to them, with the launch of AkzoNobel Marine Coatings’ International mobile app. The app provides customers with increased convenience and flexibility in accessing the company’s wealth of coatings data. It has been specially designed to provide access to application guides, technical datasheets, product brochures, information cards and regional contacts, as well as social media and blog posts. It is available on the Apple app store.

The app functionality will also allow storage of all relevant data on the user’s device, ensuring instant access, regardless of connectivity. The app will automatically update the latest information so that customers can be assured that they have the latest specifications available at all times.

In addition to technical datasheets, application guidelines and material safety datasheets (MSDS), the app also contains a full version of the most up-to-date cargo resistance guide. This information is essential for chemical tanker operators who need to know which coatings are suitable for specific products.