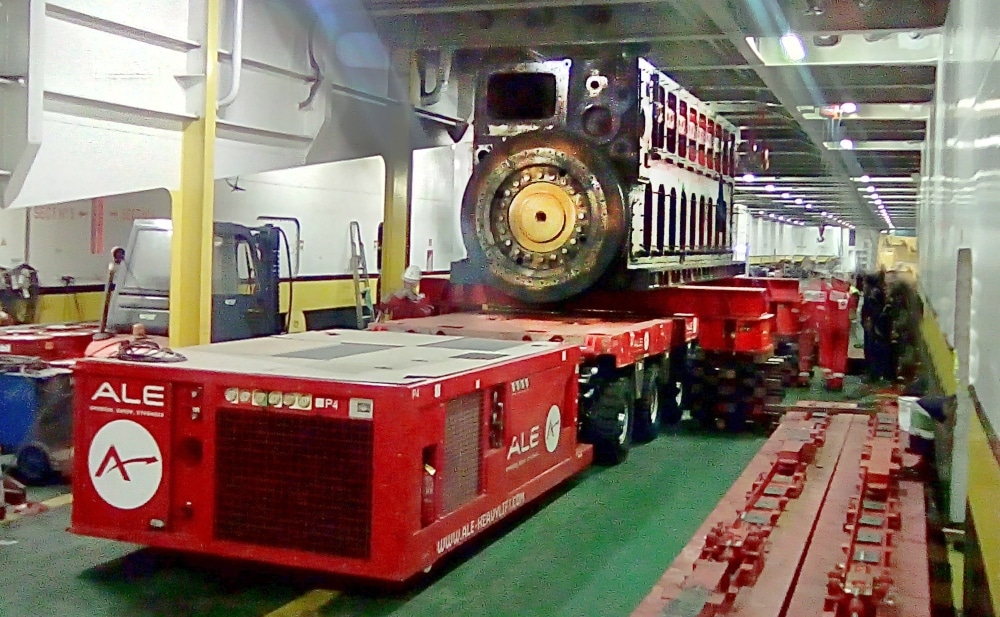 The Abel Matutes ship is the largest ferry in the Baleària fleet. Built in 2010, it operates on several Spanish routes, including some of the country’s busiest. Working to a tight deadline, the ship’s engine needed to be replaced swiftly at the same time as other maintenance works.

The space inside the engine room was extremely limited. Performing the replacement with a large heavylift crane would have required cutting through each of the ship’s decks, which would have caused considerable disruption to other works. The client turned to ALE for an alternative solution.

ALE proposed a method that would minimise disruption to the rest of the ship, enabling other operations to continue. It would also save time and costs for the project, with the removal of the old engine and the installation of the new one achieved over a total of 20 hours and the entire project completed within two weeks.

The installation of the new engine was performed using the same method in reverse.

The ship is now powered by dual LNG engines, which has lowered CO2 emissions by more than a third as well as reducing noise pollution. With the repairs to the Abel Matutes efficiently completed, the ship was able to return to service as part of a fleet providing daily connections for up to 900 passengers.