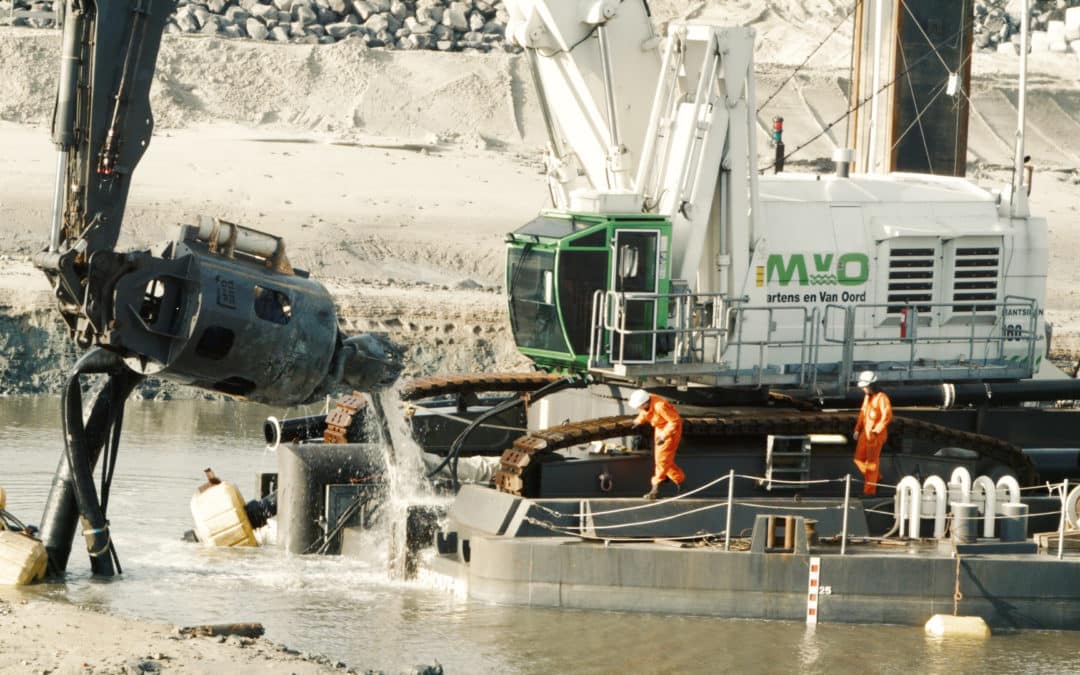 The Cadzand old marina entrance needed to be updated and the harbour was to be deepened, but Second World War explosives were known to be hidden in the seabed. Martens & Van Oord used a DOP submersible dredge pump attached to one of their pontoon-based excavators. The DOP pumped the bottom material – sand and occasionally UXOs – to a reinforced screening installation. From there, another Damen pump was used to bring the screened sand further to replenish the nearby shores.

For sand mining purposes, a customised sand mining head with plenty of jetwater was fitted. This DOP head was designed for mining a maximum concentration using pressurised water to fluidise the bottom material.