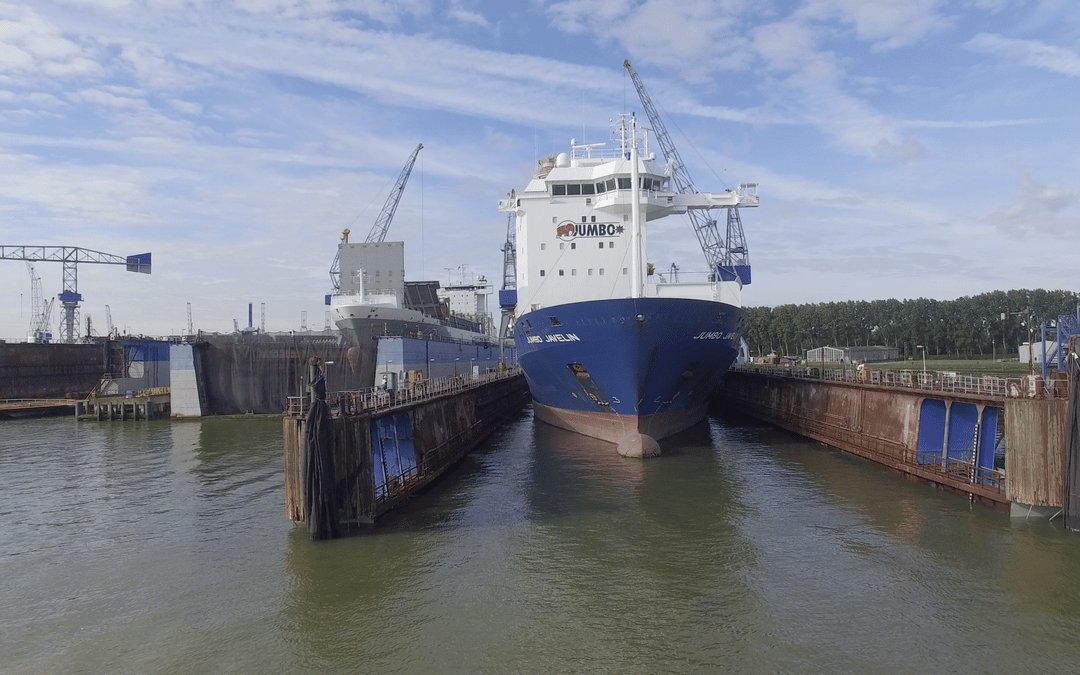 The major aspect of the repair was the replacement of the frames of 15 box coolers. To minimise the time spent in dock, 12 of these were prefabricated prior to the Jumbo Javelin arriving at Van Brink, and the remaining three were built during the docking period. The majority of the steel work was performed by Damen Group company and steel specialist Niron Staal Amsterdam.

Additional works included a modification to an existing tweendeck to make it more suitable for its purpose, and the repair and repositioning of the exhaust pipe stack. The lifeboats also underwent routine maintenance. The works were completed in the time originally specified in the quotation.

The 145m vessel was built at Damen Shipyards Galati in 2004, along with three similar vessels for the same owner. Together, the Jumbo Javelin, Fairplayer, Fairpartner and Jumbo Jubilee make up the Jumbo J-Class fleet. As well as general heavy-lifting assignments – the Javelin recently transported two, large accommodation modules from Croatia to Cameroon – the four ships are active in offshore O&G and wind projects, including installing transition pieces for wind turbines. The Jumbo Javelin previously spent 50 days in 2014 at Damen Shiprepair Rotterdam for repairs and her second special survey.

Jeroen van Kralingen, Superintendent at Jumbo, commented: “The project was an unexpected repair. Damen Shiprepair Van Brink Rotterdam was a convenient location given the position of the ship at the time, and they offered a good price. We have worked with Damen Shiprepair before, but this was our first time at Van Brink. We found the cooperation to be excellent and the quality of the work first class.”