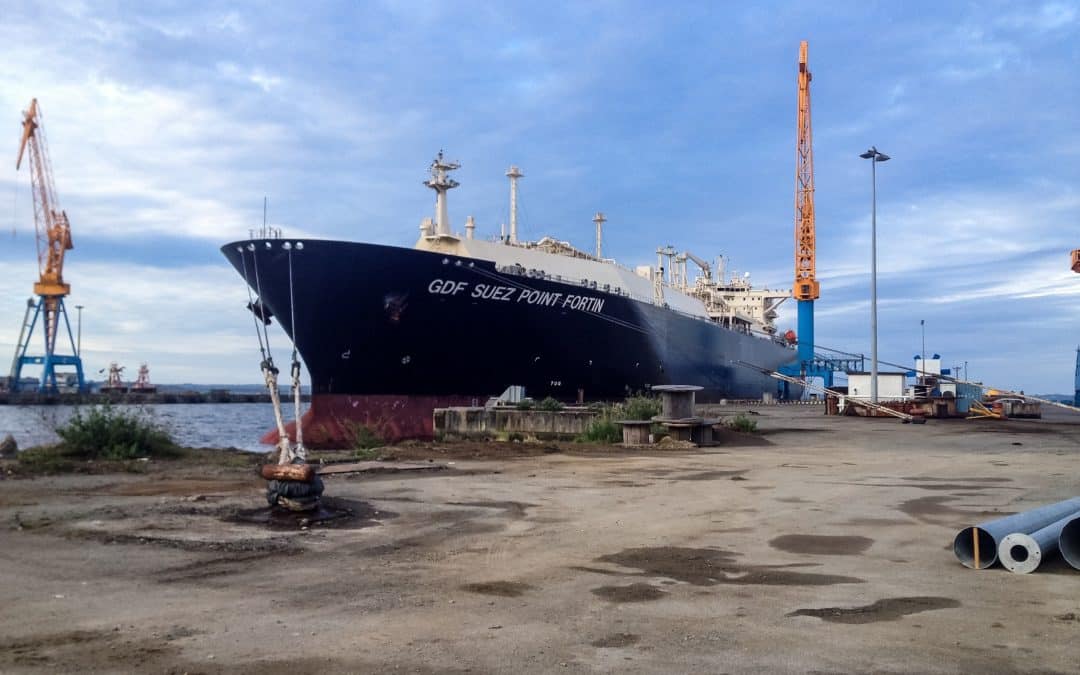 The works took place in the second half of May and included a full, in-water survey conducted by divers, changing of the mooring cables from wire to rope, and full Class surveys carried out on the main boilers. A radar dome was also replaced.

Given the constaints imposed by working on an LNG carrier when gassed-up, an extensive programme of preparations was required before the maintenance could get underway. These included obtaining the necessary permissions from the port authority and agreeing the scope of works with the client prior to arrival. Good communications between all the parties involved ensured that the yard was ready for the vessel on the due date and the works completed within the scheduled time. As of June, the GDF SUEZ POINT FORTIN was back at sea and fully operational.

DSBr’s track record in maintaining and repairing LNG carriers of all sizes includes a renewal survey maintenance programme carried out on the 290-metre Gaselys earlier in 2017. Prior to that, the yard has also worked on the Gaselys’ sister ship the Provalys and on other LNG carriers such as the Global Energy and the Tellier.