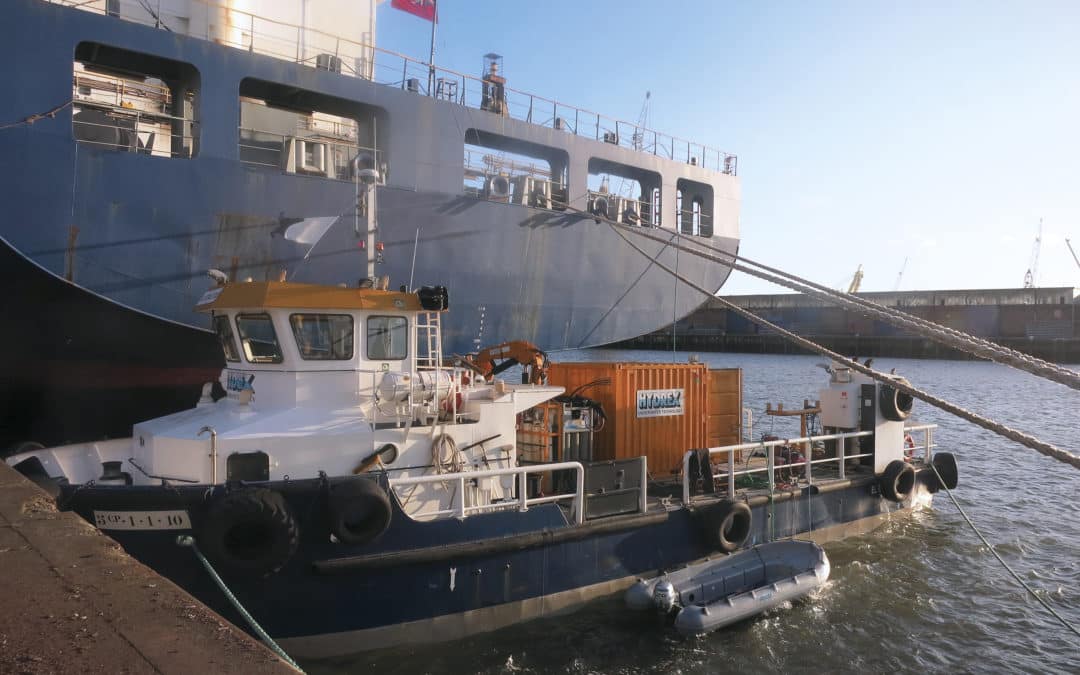 Subsea Industries has begun actively marketing its Ecospeed coating in the luxury yacht market following the introduction of stringent regulations aimed at reducing the impact of leisure craft operations on the marine environment.

The Antwerp-based sustainable coatings specialist will market its non-toxic hard coating initially in the United States, where there is increasing scrutiny of copper-based antifouling systems on the hulls of all types of pleasure boats.

“There is a momentous drive to remove copper from the antifouling coatings typically used on the hulls of pleasure yachts” said Kelly Townsend, Subsea Industries’ US-based Sales Manager.

“Since our Ecospeed product contains zero chemicals and is completely non-toxic to marine life, it has the potential to meet the yacht sector’s requirement for a clean, reliable and cost-effective alternative to copper-based coatings.”

There has already been a number of studies published that found pleasure boat antifouling products to be the primary source of copper and biocidal contamination in US marinas.

The US Department of Pesticide Regulation (DRP), for instance, published a study in January that found excessive levels of copper and other toxic compounds were resultant of the ‘frequency of in-water hull cleaning and the use of abrasive and aggressive practices’.

The study found spikes in copper leaching, increased dissolved copper content and released paint particulates in to the marinas’ studied. However, as Townsend said: “Ecospeed hulls can be legally cleaned in-water because the hard-type, glass flake coating is proven to remain intact during the cleaning process.

“Ecospeed hulls can be cleaned by pressure washing but the best way is to clean in-water using mechanical brushes as this results in a hydrodynamically smoother surface which is harder to foul and reduces fuel consumption.”

Since the study, the DPR has now proposed a ‘Cu AFP Regulation’ that would require ISO leach rate data with every copper AFP product applied. It also recommended that from July 2018, no new or currently registered copper AFP product above 9.5µg/cm2/day would be registered, except when labelled for commercial vessel use only and prohibited from use on recreational vessels.

It is widely anticipated that California will follow Washington state’s lead in introducing legislation to reduce the amount of copper leaching into marinas and harbours.

In 2011, Washington became the first state to adopt a no-copper paint rule. And from 1 January 2018, no new recreational boat up to 65 feet can arrive with copper on its hull and no copper can be sold or applied to a boat after 1 January 2020.

“Certainly, California is likely to be the next state to implement a phase-out, predicted Townsend. “The Los Angeles Regional Water Quality Control Board, a state agency tasked with protecting and improving water quality in the Los Angeles area, has already drafted regulations to reduce the amount of copper in Marina del Rey Harbour by 85%.”

Two other marinas in Southern California – Shelter Island Yacht Basin in San Diego and Newport Bay in Orange County – have similar rules in place and implementation has already begun.

Manuel Hof, Subsea Industries’ Production Executive, said: “We are increasingly seeing the introduction of legislation, regulations and guidelines aimed at keeping our oceans, seas and harbours clean and free of pollutants. When there are safe, reliable and non-toxic alternatives to chemical-laced marine coatings, there can be no excuse for their continued use in any maritime setting.”

One of the first yachts to have opted for a copper-free coating solution was the 198 built, 76ft yacht Oceantide, which was coated with Ecospeed in 2007. The entire hull bottom, rudders and stabilisers were painted with two coats of Ecospeed, a total thickness of about 1000µm.