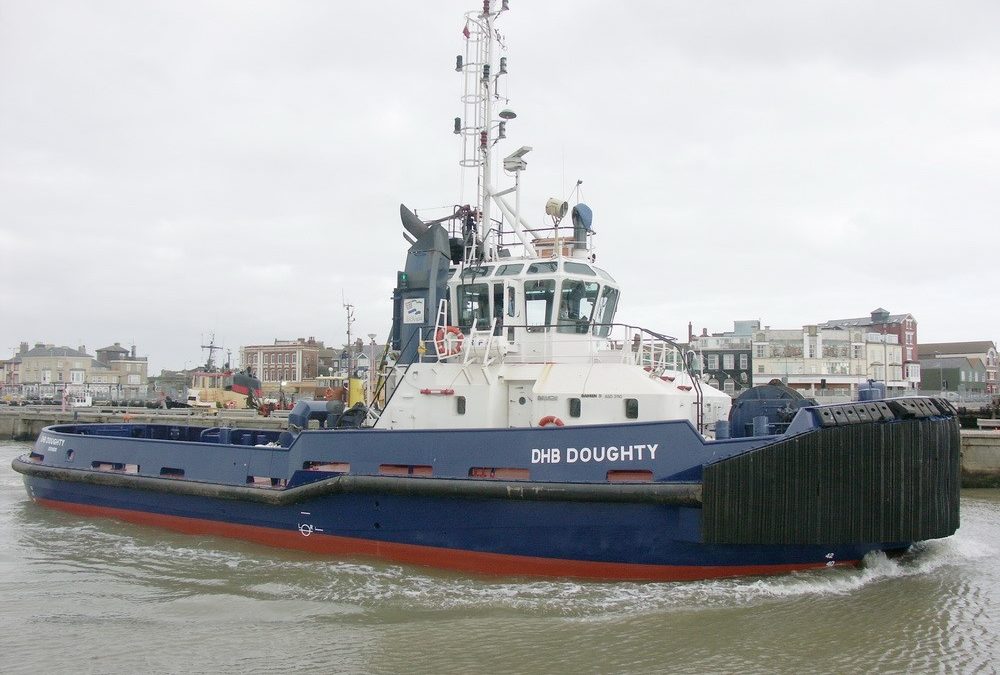 Marine and energy automation specialist, CMR Group, has successfully completed the delivery of an advanced alarm monitoring and engine control system onboard of DHB Doughty tug.

The tug, built in 2000, is part of the fleet of Dover Harbour Board, which administers and maintains the Port of Dover UK. It is the busiest ferry port in Europe (around five million vehicles and 13 million passengers each year) and the second busiest for cruises. Other businesses include cargo terminal and marina.

Due to obsolescence, the engine control system of the two Wärtsilä marine engines, which propel the 304-gross tonnage tug, needed to be retrofitted. For this, two factors had to be considered: provide a fully retro compatible system in the shortest downtime. CMR was specified to provide a cost-effective control solution using its E-Pulse system, which could quickly and easily supersede the existing installation.

E-Pulse features an engine control system based around a touch-screen local operating panel (LOP) and main control and safety unit (MCU/RSU) combined with a new AMS. One of the key benefits of the new installation is a dedicated interface utilising the latest technology and open-source program giving full autonomy, independence and flexibility to the customer.

Moreover, the technology is designed and developed to improve engine safety and enhanced data processing capabilities as it contains all the functionalities for the protection, the monitoring conditions and the control of the engine.

For the DHB Doughty crew, CMR developed an intuitive and more responsive human machine interface (HMI), which displays the critical parameters on the touch screen. Alarm reports have also been installed in accommodation to reduce emergency reaction times.

Gerard Baldellou, marine division manager at CMR Group, said that because the E-Pulse system topology is the same as that on the engines, it did not necessitate changing the existing instrumentation, allowing it to be retrofitted easily and simply.

He said: “We have utilised our certified engineering expertise to deliver advanced control technology, which is not only in compliance with requirements but also delivers long-life capabilities.

“This success shows our strong experience and capability in marine control systems. Regardless of vessel location or type, it shows that we can deliver an effective, fast solution together with a real added value for our customers.”

The CMR Group supplies instrumentation and controls for marine, energy and industrial applications to its customers round the world. With core product groups including rugged cable systems, industrial sensors, custom products, electronics, monitoring, supervision and automation systems, the Group is an engineering partner for the world’s leading manufacturers, and industrial.