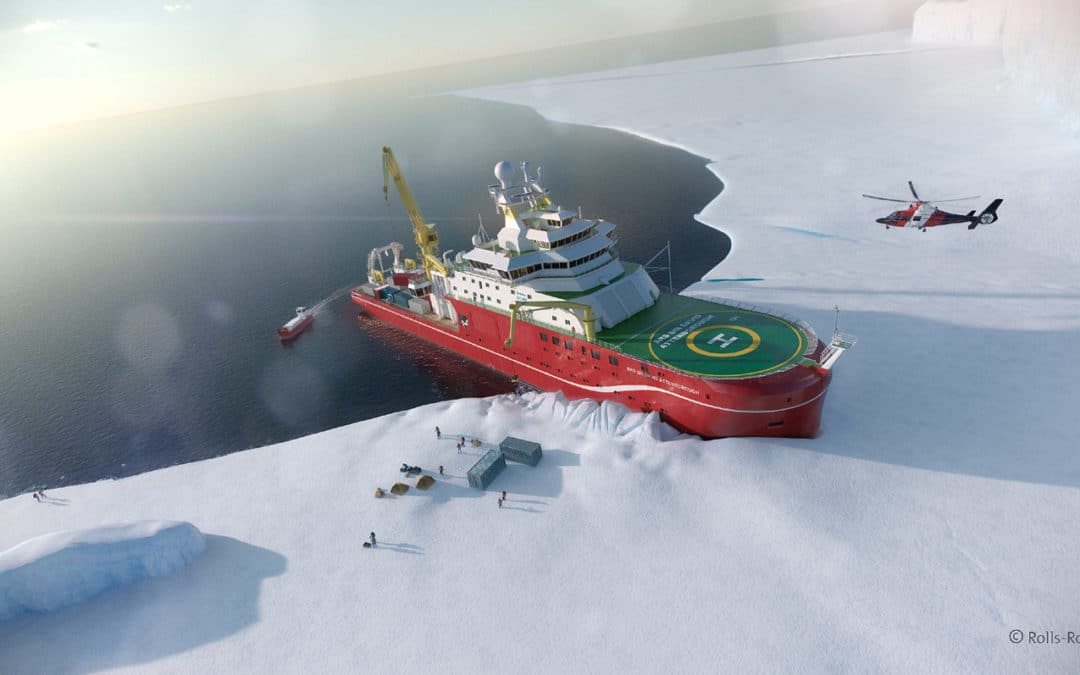 Cathelco is supplying marine growth prevention systems (MGPS) for the RSS Sir David Attenborough, a state-of-the-art polar research vessel commissioned by Natural Environment Research Council (NERC) which is being built by Cammell Laird and will be operated by the British Antarctic Survey (BAS).

The 128m vessel, which comes into service in 2019, will transform how ship-borne science is conducted in the Polar Regions. The commissioning of the RSS Sir David Attenborough is part of a major Government polar infrastructure investment programme designed to keep Britain at the forefront of world-leading research in Antarctica and the Arctic.
This state-of-the-art ‘floating laboratory’ will support teams of up to 60 scientists who will carry out research into key issues such a climate change and future sea level rises. Designed with an ice-strengthened capability, the ship can remain at sea for 60 days without re-supply.

The ‘biofouling community’ – consisting of tiny species like squirts, hard shell worms and sponges – affects many industries including underwater construction, desalination plants, ships hulls and pipework. Removing these organisms (a process called anti-fouling) is estimated to cost billions of dollars a year globally.

The marine growth prevention equipment consists of two electrolysis tanks, each containing a pair of copper and aluminium anodes which dose the water passing through four seachests. In operation, the copper anodes produce ions which create an environment where barnacle and mussel larvae do not settle or breed, but pass directly to discharge. At the same time, ions from the aluminium anode create an anti-corrosive layer to protect the internal surfaces of pipes.

The concentrations of copper required to achieve this are extremely small – less than 2 parts per billion – resulting in a system which is environmentally benign.
Without proper bio-fouling protection, there is a risk that pipework serving engine cooling systems can become partially or completely blocked over a period of time, resulting in the need for manual cleaning or premature pipework renewal.

“The RSS Sir David Attenborough is an innovative vessel which demonstrates the UK’s capability in ship design and construction. We are delighted to have an association with the ship through the supply of our MGPS equipment which is the most widely used of its type in the world. One of the reasons for its popularity is that it does not involve the use of chemicals, an important factor for all vessels from an environmental perspective, but particularly for those entering Polar Regions”, said Justin Salisbury, managing director of Cathelco.
Cathelco are world leaders in the manufacturer of MGPS systems which are installed on vessels of all types ranging from oil tankers and naval vessels to cruise ships and ferries with a record of more than 50,000 installations worldwide.