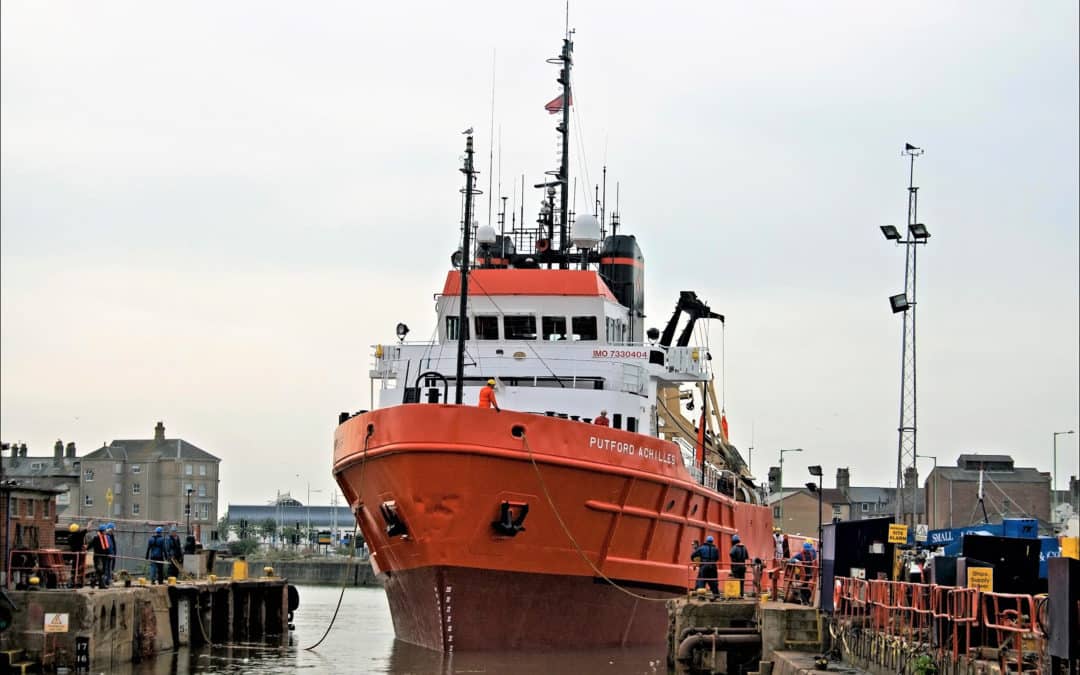 A maritime sector boom in the East Anglia port of Lowestoft has led Burgess Marine to announce further growth in the area.

Burgess Marine, the UK’s largest independent ship repairer and marine engineering services provider, acquired the Small & Co shipyard on Commercial Road in Lowestoft in October 2015. The business operates a 76.5m by 14.5m dry dock and a 70m layby berth at the site, which is in the ABP owned and operated Port of Lowestoft.

After a restructure earlier this year, Burgess have successfully grown the business in support of key customers such as Boston Putford, Fugro, Windcat Workboats, Dover Harbour Board and numerous major commercial, civil and tourist operators on the Thames. Recently the company completed major refit works for the UK Border Force in Malta.

Today it is supporting two significant projects – the docking of Incat 057 in Cherbourg and the launch of a 30m x 12m x 1.7m pontoon, built locally in the old Brook Marine fabrication shed, weighing approximately 110T, for a total contract value of around £2m.

Paul Kirby, general manager of Burgess Marine Lowestoft, said: “Having successfully restructured the business earlier this year it’s great to see further growth locally and we are clearly benefiting by being part of the bigger Burgess Marine business. “To have built the Thames pontoon here in Lowestoft is fantastic and furthermore the team have greatly enjoyed supporting works in both Malta and today in France.”

Chief Executive Officer Nicholas Warren added: “We’re huge fans of the team in Lowestoft and the local customer base. Whilst there have been some issues regarding the transfer of the lease to Burgess Marine from Small & Co these have all been resolved, to all parties satisfaction, and both ABP and Burgess Marine are now looking forward to continuing their professional working relationship in Lowestoft and across the UK. We’ll continue to work our hardest for the port and all our local customers.”