Bordeaux Port recommissions Drydock No.1 of the “Bassins a Flot” 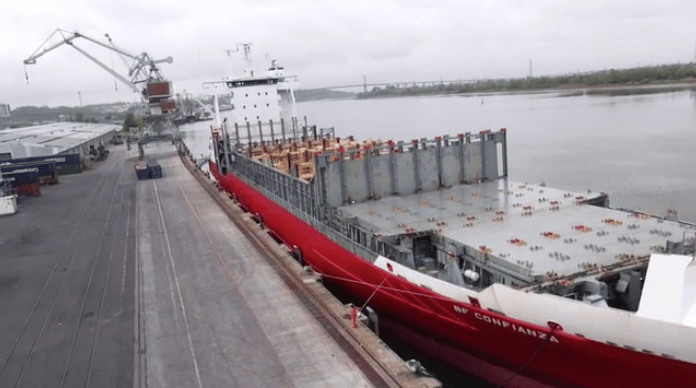 The development of the Bassins à Flot ship repair hub is moving into a new phase. Following the operating of quay 209, which was reopened in 2015 for vessels of up to 135m, it is now the turn of dry dock n°1 to be
recommissioned.

A major player in the region’s economic development, the GPMB is investing in its structures in order to develop the ship repair activities in Bordeaux. In conjunction with the municipalities and the heritage preservation services, the
Atlantic Port of Bordeaux is implementing a global project concerned with economic and environmental issues.
The ship repair activities are distributed across 3 sites: the “Bassins à Flot” (wet docks) for minor ship repairs, the port zone of Bacalan for more extensive interventions on small units, and the port zone of Bassens for ship recycling and interventions on larger vessels.

The “Bassins à Flot” ship repair hub is set to receive yacht refitting, ship repairs (river cruise boats…) in the quay or in the dry dock. Today has seen the start of the recommissioning of dock n°1, which will receive the Airbus barge “Breuil” (Socatra) for a dry inspection of its hull and several maintenance works. Other units have already programmed their admission to the dock, among these is the river cruise boat “River Chanson”.

The ship repair hub operations zone will shortly experience a certain number of evolutions with the national heritage building renovation, the creation of an operations office, the replacement of machinery and manoeuvring systems and
various modernization works (roadways, networks and development of the landing-pier). All of these yards will be finalized in the coming two years, whereas dock n°2 and quay 208 will be put into service as a second step.

The development of the refitting and ship repair activities (including the Bassins à Flot ship repair hub) is part of the major strategic projects being spearheaded by the Atlantic Port of Bordeaux. The global funding envelope allocated to investments, amounting to a sum of 10M€ co-financed by the state, the new Aquitaine region, the department of Gironde, the city of Bordeaux and the Atlantic Port of Bordeaux, confirms the level of interest in the expansion of these activities.