Besiktas, Lisnarve and Gemak among those celebrating Posidonia deals 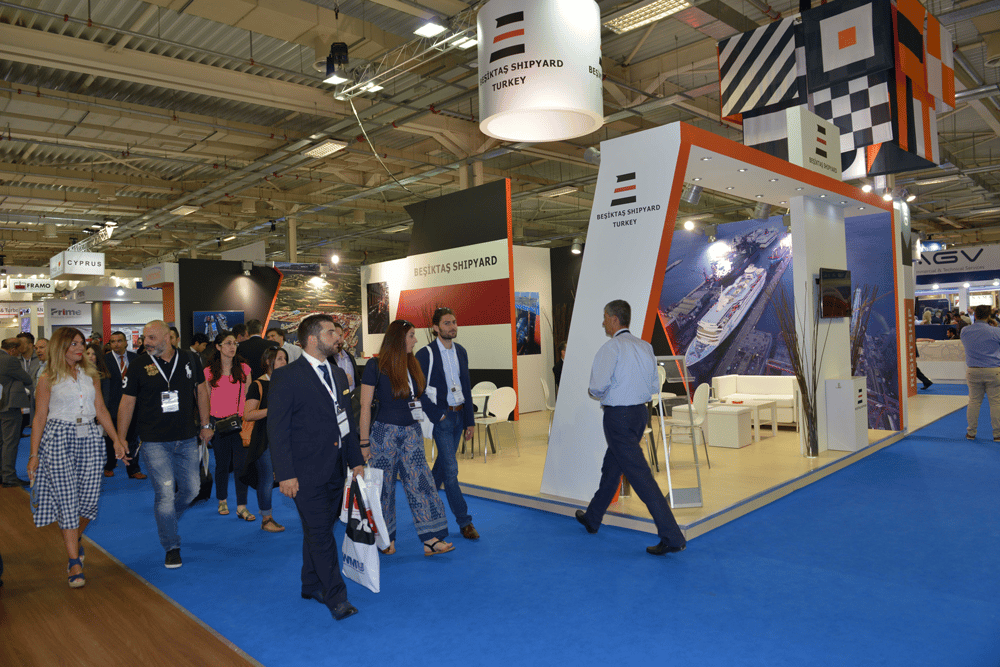 Shipyards in Turkey and Portugal were among the first to conclude business deals during the first few days of Posidonia.

“We have concluded three major deals during the first two days of Posidonia. Of those, two are repair projects for a tanker and a bulk carrier and the third is a rather significant conversion project for a ROPAX type vessel belonging to an Italian owner,” said Nedime Ozoglu, Repair Division Marketing & Estimating, Besiktas Shipyard.

“Posidonia is very fruitful for us and the biggest event we participate in. Greek shipowners constitute 80 percent of our portfolio because of the proximity mainly and because Turkey’s shipbuilding industry has significantly improved its talent pool and expertise recently,” she said. “In 2015 we repaired many Greek vessels, we give priority to the Greek market and we are competitive in our pricing and the quality we are offering.”

Portugal’s Lisnave and Turkey’s Gemak, also closed repair deals with fleet owners during the first few days of the exhibition. Alex Scaramangas of Resolute Marine Services, the exclusive representative of the two yards in Greece, said: “We have managed to conclude a few business deals during this week mainly routine mainstream repair projects of various sizes. This is a great, given the current market’s prevailing conditions with a weak freight market and China’s perennial dominance in the bulk carrier sector.”

As far as the outlook and future prospects, Scaramangas believes that the sector will improve. “A lot of dry docking repairs were brought forward in 2015 in order to avoid implementation of the BWT system so, subsequently, we were left with a bit of a vacuum in the first half of 2016. We remain optimistic, however, because shipping is a cyclical industry and on the bulker market, specifically, the consensus is that there will be some improvement.”

This view is shared by Ozoglu who believes that 2016 will be a better than expected year for the ship repair sector in Turkey. “In 2015 we repaired many Greek vessels, but January 1st 2016 we suddenly saw that the market is going down and repair activity stopped because of the developments regarding the BWT regulation. The vessels got the extension and so everyone is now waiting. Many customers we have spoken with at Posidonia this week share the opinion that the market is improving marginally. While 2016 as a whole will not be better than last year, it will be better than expected,” she added.
A total of ten Turkish shipyards participate at Posidonia 2016, all facing strong competition from Romania, Bulgaria and the Ukraine which can compete on price, which is an advantage Western European shipyards simply can’t have as a result of different cost structures and market conditions.
“Lisnave provides excellent service with capacity to accommodate six vessels simultaneously on dry dock, but we cannot compare European shipyards with China, not even Turkey, which is more competitive in terms of price,” added Scaramangas, whose company is also the representative of smaller ship yards in Senegal, which can accommodate Panama Size vessels, Bahrain and one more Portuguese yard on the banks of Tagus River.
“Posidonia is very important for us, not just because we conclude specific business during the show, but simply because our absence would be noticed. It is a good opportunity to meet with clients who visit the venue and it offers great networking opportunities through the various social events,” added Scaramangas.

Ozoglu agrees that Posidonia is the place to be. “We have been at Posidonia since 2010 ,so this is our third participation and we will definitely come back in 2018 as this is the biggest event for us. Winning new business is important but talking to our friends and customers is the key to maintaining strong relationships.”

More than 200 shipbuilding and repair businesses participated at Posidonia 2016. Sector-specific demand was once again driven by the major shipbuilding nations China, Japan and South Korea.

More than 1.800 exhibitors from 90 countries are participating at this year’s biennial event which has set a new record in terms of exhibitor floor space occupying 40,000 sqm of the Athens Metropolitan Expo. Over 40 parallel seminars and conferences were organized at the same venue during the same week, setting yet another Posidonia record.