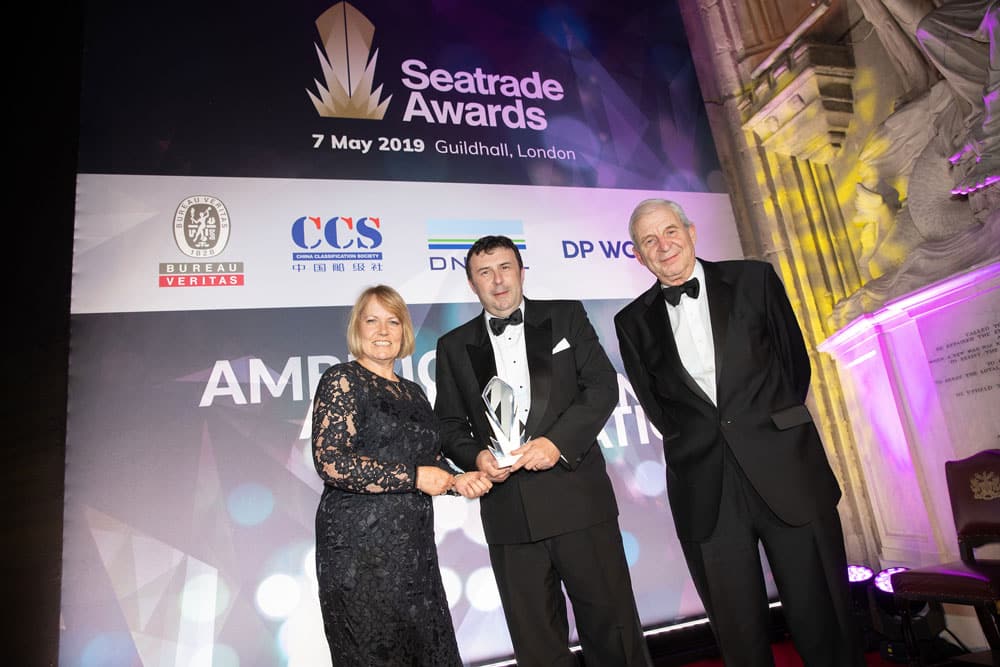 The Clean Shipping Award was presented by guest of honour Professor Dame Jane Francis, Director, British Antarctic Survey, during a gala evening this week at London’s historic Guildhall. Dame Francis has witnessed first-hand the effect anthropogenic events can have on the environment.

Craig Carter, Thordon Bearings’ Director of Marketing and Customer Service, said: “We are absolutely thrilled that COMPAC has won this prestigious award and equally delighted it was presented by Dame Francis. Although there has been much focus on air emissions, discharges below the waterline also impact our oceans and seas. Ships using seawater for shaft lubrication rather than oil eliminate the risk of oil discharges and are now widely regarded as a vital component in the fight to reduce shipping’s impact on the marine eco-system. Winning this award marks a significant milestone for seawater-lubricated propeller shaft bearing systems.”

The COMPAC bearing system, which Thordon now offers with a lifetime bearing wear life guarantee, prevents the leakage of millions of litres of oil into the world’s oceans and reduces ship operating costs associated with aft seals and lubricating oil.

George Morrison, Thordon Bearings’ Regional Sales Manager – EMEA & ANZ, said: “To date, those owners that have installed or retrofitted a seawater-lubricated propeller shaft bearing have prevented more than 60 million litres (16 million U.S gallons) of lubricating oil from entering our oceans, seas, lakes and rivers. We hope that by the end of this year we can report that the industry has saved more than 100 million litres.”

The advancements that are being made now in marine systems and technologies are expected to spur the further development of the zero-emission ship. However, Thordon believes this can only be fully achieved once the oil-lubricated propeller shaft has been relegated to history.