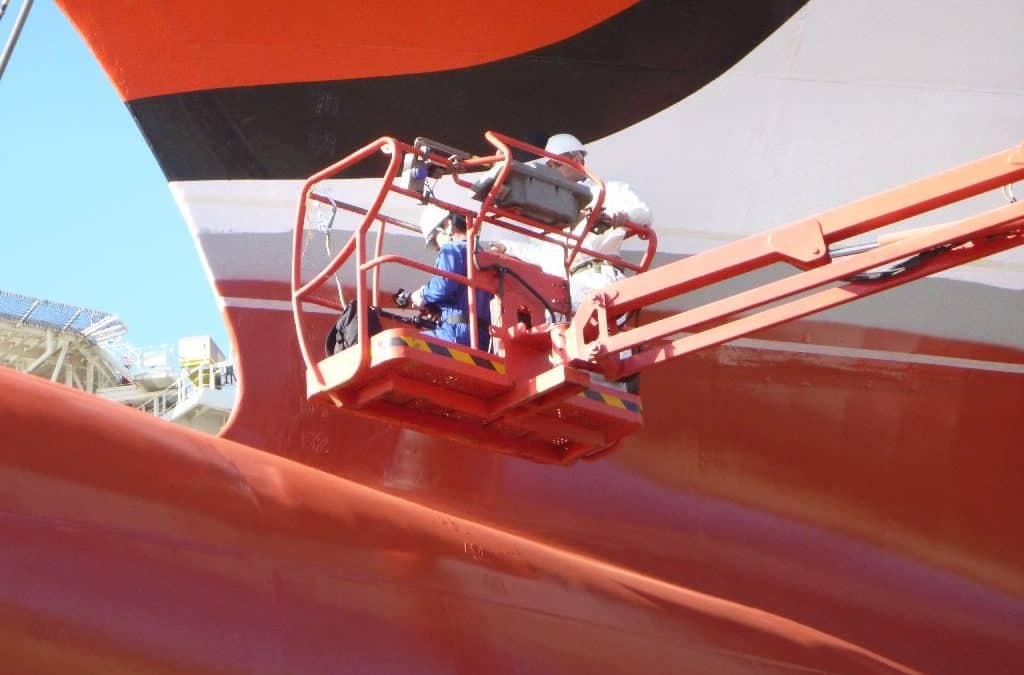 AIDA Cruises’ decision to use the coating follows the success of test patches on a number of Carnival Corporation cruiseships. Nippon Paint’s research has shown that use of Aquaterras can potentially reduce fuel consumption by more than 10% compared to standard SPCs, due to the coating’s ultra-smooth surface and low friction attributes.

After carrying out surface preparation by full hydro-blasting during the vessel’s scheduled drydocking in February at CNdM Marseille, France, all underwater areas of AIDAcara’s hull were coated with Aquaterras – the world’s only biocide-free self-polishing antifouling coating. The coating was applied using standard equipment and without complicated masking, a process that often extends the application time for silicone-type foul-release coatings.

“This application is the result of a long-standing project with Nippon Paint Marine to find an environmentally-sustainable way of reducing ships’ energy consumption,” says Jukka Ignatius, Superintendent, Innovation & Energy Management, Carnival Maritime GmbH, which is responsible for the technical and nautical operation of the AIDA ships

“The feedback from joint testing and in-water inspections of test patches applied to our ships over the past three years has shown Aquaterras to be an effective antifouling that does not leach hazardous biocides into the water column. The expected reduced frictional resistance also helps towards reducing fuel consumption and, consequently, emissions, which is very much in keeping with our overall strategy of reducing the impact of operations on the marine environment,” Jukka Ignatius explains.

Aquaterras is a patent-protected micro-domain SPC antifouling material that is based on a carefully formulated mix of hydrophilic and hydrophobic components, similar to the technology used to create artificial hearts and blood vessels where surfaces are required to suppress platelet aggregation. It contains no heavy biocidal pigments, active ingredients nor silicone but is proven to reduce ship’s drag (frictional resistance) by up to 10%.

“After application, surface roughness measurements were as low as 40µm and averaged 63µm, but since Aquaterras is self-polishing the overall hull roughness should become even lower as the vessel continues on its regular operations.”

As AIDAcara is now operating its regular itinerary, AIDA Cruises and Nippon Paint Marine continue to monitor the coating’s performance by studying the ship speed and propulsion power until the ship’s next scheduled drydocking.