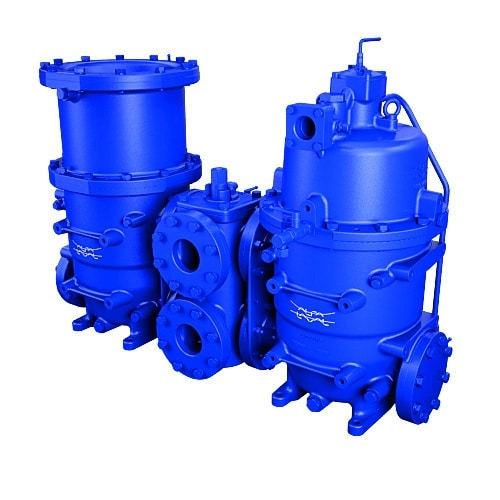 The Alfa Laval Moatti 290 filter for hydraulic control oil (HCO) has now been approved by MAN Diesel & Turbo on its modern two-stroke engines. The decision follows validation tests aboard three Stena Bulk IMOIIMAX vessels, where the HCO filter’s performance has exceeded all expectations.

The Alfa Laval Moatti 290 filter is a high-performance solution suited to the new generation of MAN Diesel &Turbo two-stroke engines, in which hydraulic control systems have replaced traditional camshafts. The valves of these systems are actuated by a small flow of lube oil, which must be very finely filtered without creating additional pressure drop. The new filter achieves this using Alfa Laval Atrium technology, which provides a tremendous increase in filtering surface within a compact space.

The Alfa Laval filter has now been approved based on the results seen on four Stena Bulk vessels. “We are extremely proud to have the Alfa Laval Moatti 290 filter validated for use with HCO systems,” says Herve Gourdon, Business Manager, Filters at Alfa Laval. “This is the culmination of 10 years of intense cooperation, development and testing.”

“After almost two years of operation on Stena Suède, we tested the finalized design for 3000 hours on three other vessels,” says Gourdon. “MAN Diesel & Turbo approval was issued when the first vessel passed that mark, acknowledging our filter’s performance with hydraulic control oil.”

Meeting MAN Diesel & Turbo and cleanliness demands
The Alfa Laval Moatti 290 filter is built to the most recent MAN Diesel & Turbo recommendations, which require both an automatic filter and a redundant filter with high enough efficiency to retain particles of 6 µm and below. These are incorporated into the same frame, with a specially designed changeover valve to prevent any leakage during maintenance. “Alfa Laval makes sure to stay on top of changing engine maker specifications,” says Gourdon. “Our HCO filter reflects the latest developments and eliminates the need for any disposable filter.”

The redundant filter, which is manually cleanable, can be used not only during maintenance, but also for initial oil cleaning or when new oil is added into the system. It is not used, however, to clean the small flow of oil that provides continuous backflushing. Instead, this flow is cleaned in a diversion chamber before it is returned to the sump. “Our solution is designed so that the redundant filter is not continuously employed, for example to treat the backflush,” Gourdon explains. “Rather, the redundant filter is fully separated in order to ensure it will be fully operational in the case of emergency.”

Easy installation combined with low cost of ownership
The continuous backflushing of the Alfa Laval Moatti 290 filter is driven by the pressure of the oil itself. This means no electricity or air supply is needed, which is one of several ways the filter simplifies installation. Because backflushing is performed in the automatic filter stage, with a cleanable surface-filter cartridge used to provide redundancy, reliance on disposable filters is eliminated.

“Ship owners are looking for an economical long-term solution, rather than a quick fix,” says Gourdon. “Disposable filter elements add up to a significant cost over time, whereas components in the Alfa Laval Moatti 290 filter can be removed for cleaning and simply put back into operation. Combined with the reliability achieved by continuous backflushing, that means a lower operating cost for the filter overall.”

On display at upcoming exhibitions
At present, the Alfa Laval Moatti 290 filter covers the vast majority of MAN Diesel & Turbo two-stroke engines, with focus on the more common mid-range sizes. Coverage for the very largest and smallest engines will follow. Those who wish to see the filter first-hand will have the opportunity at two upcoming exhibitions, Posidonia (June) and SMM (September), where it will be featured in Alfa Laval’s stand.