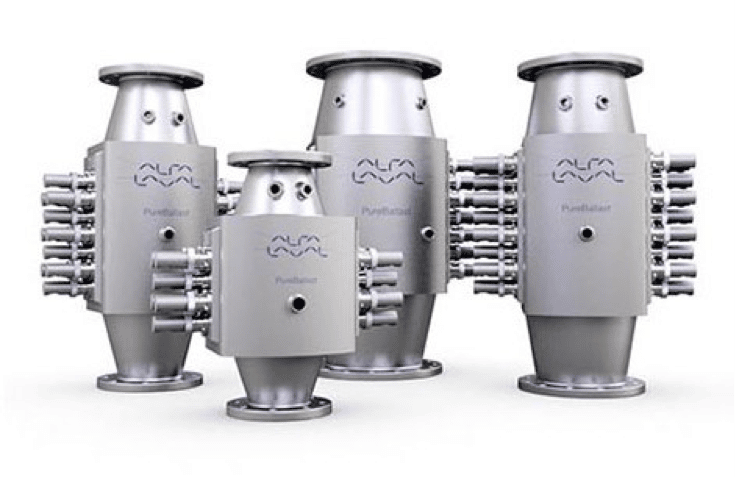 Since its launch in 2006, Alfa Laval PureBallast has led the way in ballast water treatment performance. Today PureBallast 3 has renewed that leadership, becoming the first solution to be type approved according to the revised IMO G8 guidelines.

“Ship owners can be fully confident that PureBallast 3 offers the performance to secure their compliance and protect our environment,” says Anders Lindmark, Head of Alfa Laval PureBallast. “Our customers require future-proof solutions, which is why certification in compliance with the revised G8 guidelines has been a high priority for Alfa Laval.”

Robust testing demanded by customers
The robust revised G8 guidelines are more in line with today’s stringent U.S. Coast Guard requirements. They are in important change, stemming from the fact that some systems which were type approved according to the original G8 guidelines have failed to meet the D-2 performance standard when subjected to additional tests or evaluation. Customer organizations such as the International Chamber of Shipping (ICS) have pushed for the revised G8 guidelines, seeking to make certain that the industry’s massive investments in ballast water treatment will achieve the intended results – instead of merely adding hardware.

Because ballast water treatment systems approved under the former guidelines can still be installed until 2020, there is no immediate need to purchase a system with revised G8 compliance. Likewise, no upgrades of previously installed systems will be necessary. Nevertheless, readiness for revised G8 compliance shows PureBallast is a robust solution that will let ship owners make the most of their investment.

G8 certification a high priority for Alfa Laval
Alfa Laval, having listened to customer concerns and closely followed legislative developments, was early to begin biological efficacy testing according to the new G8 regime. Tests with marine, brackish and fresh water were completed in Q3 2017, along with additional tests to verify the independence of results from water temperature. After review and reporting by DNV GL on behalf of the Norwegian Maritime Authority, Alfa Laval received approval of the industry’s first revised G8 certificate on 2 February 2018 – with only a single sensor added to the PureBallast 3 hardware and no changes to its power consumption or flow.

“The fact that no major changes were needed proves once again the robustness of the PureBallast technology,” says Anders Lindmark. “With both U.S. Coast Guard type approval and revised G8 compliance in hand, PureBallast 3 provides a single, future-proof solution for entire fleets.”