A Test Is Best 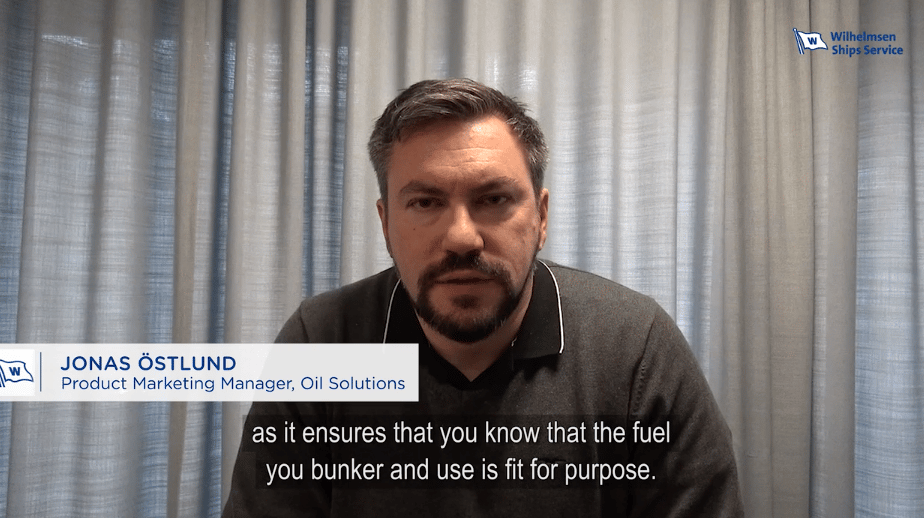 Wilhelmsen Ships Service (WSS) is urging ship operators to make on board fuel testing an operational necessity with the release of a new instructional video. The video highlights issues which can arise with both traditional heavy fuels and modern low sulphur distillates that, if left unchecked, cause significant problems in the engine room.

Water content is a common problem for both fuels, but there specific issues associated with the two distinct fuel types. Jonas Östlund, Product Marketing Manager, Oil, WSS, explains: “Heavy fuels are prone to problems with stability and the ominous catalytic fines that wear down engines, even in cases where they are within recommended levels. Whereas distillate fuels see an increased risk of microbial contamination and biofouling, along with storage stability and lubricity issues”.

Unfortunately, as Östlund asserts, bunkering on-spec fuel is of no consequence: “Many of these inherent issues with fuel do go unnoticed and unattended, as they are not covered by standard fuel specifications. For example, DNV’s 2015 report showed that the presence of the biofuel component, which increases the risk of bacterial contamination in fuels, was increasing year-on-year and is now present in over 11% of all on-spec fuel”.

Testing during bunkering is an obvious antidote to such fuel issues, but even this precaution has its flaws, Östlund says: “MARPOL-approved testing during bunkering can highlight these problems, but recent estimates suggest just 20% of vessels are performing them. Those that do typically can wait up to six days to get the results back from the lab and by then they’ve been sailing on that fuel for almost a week”.

Based on the limited take up in bunker testing and the processing time for any tests performed, Östlund believes on board fuel testing is the, ‘quickest, easiest and most cost-effective solution currently available’.

Enabling crews to perform tests themselves and get immediate results, allowing them to intervene and take preventative measures, before any issues with fuel become critical, WSS supplies a range of different Unitor branded test kits.

Though acknowledging that owners and operators are loathed to take on any additional costs in the current climate, Östlund is adamant, on board testing is essential: “For just a couple of hundred dollars a year you can drastically minimise the operational risks we’ve sadly all become too accustomed to”.

The video is available on Vimeo, here