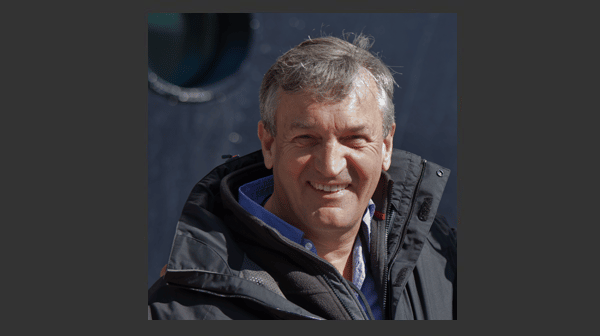 By Boud Van Rompay, CEO of Subsea Industries and Hydrex

It was recently reported that organotins, the family of chemicals that includes tributyltin (TBT), have been found in silicone-based hull coatings. These were of course banned by the IMO in 2008.

The presence of these chemicals has been admitted by their manufacturers, who say it is a by-product of the of the production process. It is, nonetheless, a disturbing development and one that the International Maritime Organisation should investigate.

Organotins are savagely toxic substances responsible for reproductive abnormalities that can pass up the food chain. The problem is so acute that today, almost ten years after TBT was banned, sediments around busy ports are still badly affected. Dredging in some areas is still considered unsafe.

The effect of organotins started to become apparent in the early 1990s, when scientists discovered a correlation between imposex in dog whelks and tin-based antifoulings. At that time, my company, Hydrex Underwater Technologies, took the decision to halt the underwater cleaning of these coatings. It was a difficult commercial decision, but an unavoidable ethical one. But just as farmers have learnt to operate without the insecticide dichloro-diphenyl-trichloroethane (DDT) and industry stopped using polychlorinated biphenyls (PCB) as a fire retardant and coolant, shipping has learnt to do without TBT.

Shortly after the ban, shipowners told me that while they found copper-based antifouling replacements to be ineffective compared to those containing tin, few, if any, would risk the negative public image or indeed their families’ future health by knowingly using such toxic substances again.

Certainly, no sane person would want to re-open the door to tin in the food chain, but a 2013 study noted that the organotin dibutyltin diacetate, the same chemical used in some silicone coatings, ‘showed toxicity toward fish and shrimp’ even when used as a catalyst.

This study should have already raised alarm bells and if there is any violation of the organotin ban it does need to be acted upon swiftly by IMO.

The recent report (in Fairplay magazine) raised the question of whether silicone-based hull coatings are relying on the presence of organotins as an active ingredient to prevent fouling, rather than a catalyst to deliver ‘non-stick’ properties to the coating. Only a proper and independent investigation will determine this.

With the increase in expedition type cruising, soft silicone-based coatings could be highly toxic to sensitive ecologies, especially if the coating degrades or endures even the slightest ice impact.

As a manufacturer of entirely non-toxic hull coatings I do not claim to be unbiased. Subsea Industries introduced the world’s first widely available, non-biocidal hull coating, Ecospeed, in 2002. The development of a viable alternative to organotin-based coatings was prompted not only by environmental reports on the ecological impact of these coatings, but also reports from divers witnessing their devastating effects as they carried out underwater hull repairs.

Our non-toxic coating has since been applied to a high number of commercial and military vessels, including the polar research vessel RRS Sir David Attenborough and Royal Navy’s ice patrol vessel HMS Protector. These users of our non-toxic coatings technology benefit not least from a coating that lasts as long as the ship itself and does not damage the marine environment … or us!

In the meantime, it should be borne in mind that shipowners are responsible for what is applied to their hulls; they cannot simply place the blame on the paint companies and say they were unware of the coating’s chemical make-up.

Antwerp-headquartered Subsea Industries, established in 1983, is a pioneer in the development of hard hull coating systems and hull and propeller cleaning systems.
In 2002, after three years’ extensive research and development, the company introduced Ecospeed as an environmentally safe underwater hull coating system, capable of improving ship performance, providing long-term fouling protection and reducing the impact of ship operations on the environment.
Widely considered as an asset rather than a consumable – since one-coat lasts the vessel’s life time and is deemed part of a vessel’s structure – Ecospeed now has more than 700 marine references.
Ecospeed is type approved by Lloyd’s Register as an abrasion resistance coating for ice-class ships and has DNV GL approval for use as a coating in ballast water tanks