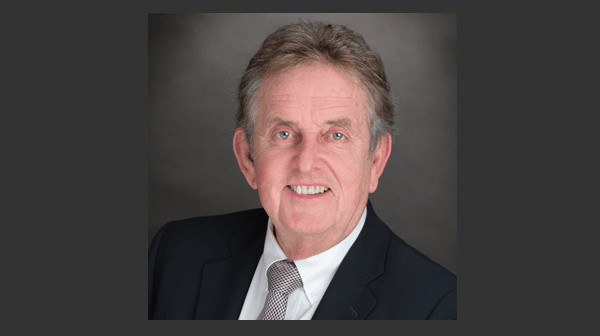 The IMO should amend the SOLAS Regulation banning the use of asbestos and asbestos containing materials (ACM) in ships, says John Chillingworth, senior marine principal at Lucion Marine.

Regulations under the International Convention for the Safety of Life at Sea (SOLAS) state that if asbestos is found onboard a ship built after July 2002 then the vessel’s flag registry, in conjunction with its classification society, issues a non-extendable exemption certificate, providing the owner with a three-year window in which to remove the asbestos.

Any ship built before 2002, may contain asbestos but must have a hazardous materials’ register and management plan in place to cover any maintenance or repair work involving asbestos. This situation could be considered somewhat ridiculous and, while originally it might have been thought a straight forward move to ban asbestos in ships built after 2002, the reality is that we have a system that’s failing.

It’s possible to correct this by ensuring that all new vessels have an approved asbestos survey before they are delivered to operators but there are significant logistical challenges ahead. 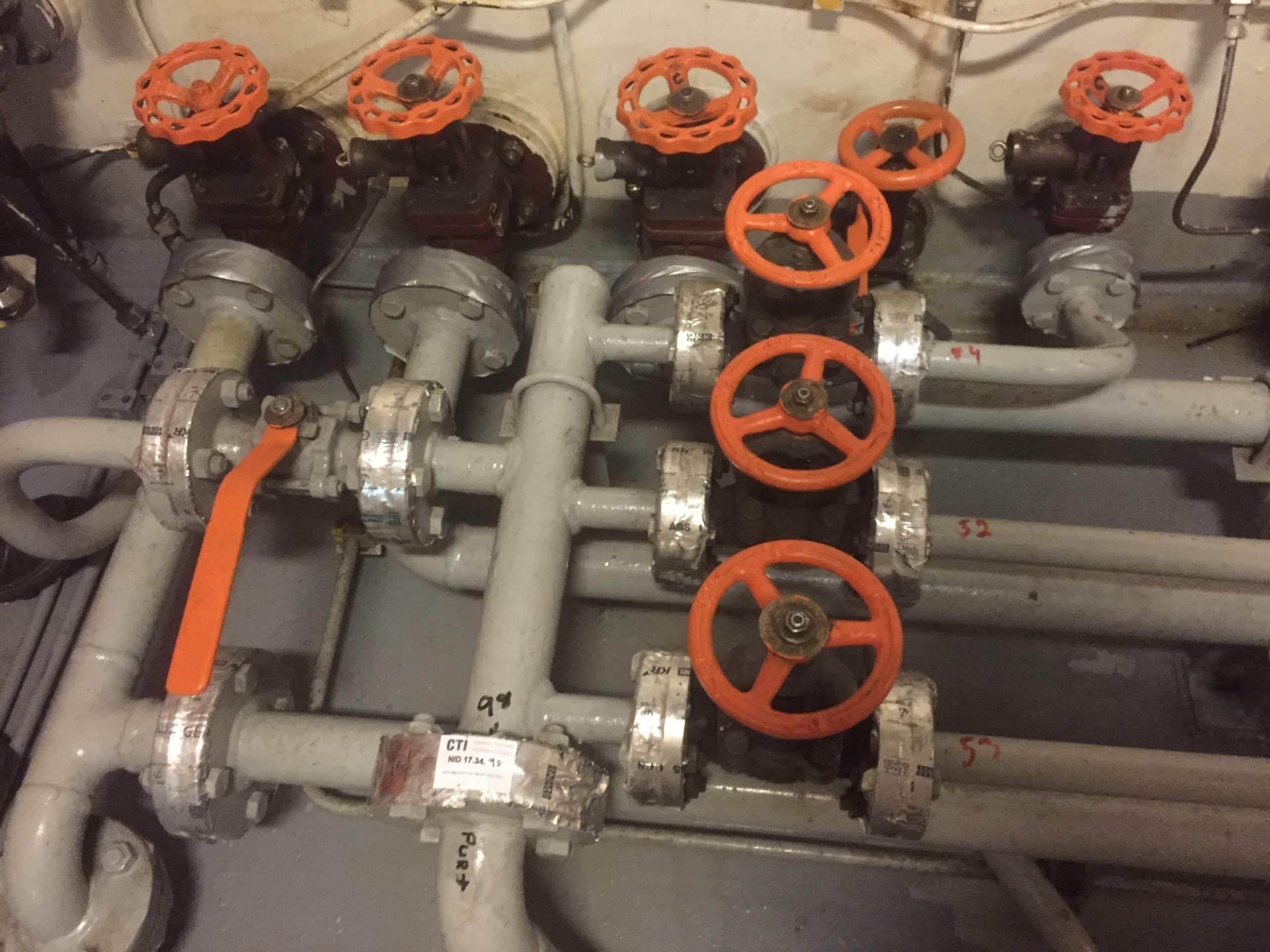 In the EU alone, there are 30,000 ships requiring an IHM (Inventory of Hazardous Materials). Of these, it’s estimated that 80% will contain some form of asbestos. But what does an IHM inspection involve? An accredited surveying company carries out an inspection to verify the amount of hazardous materials onboard a vessel – 60% of which is an asbestos survey of the ship’s systems and structure (it is well documented that 80% of existing and new ships contain asbestos in their systems).

The amount of asbestos found onboard depends on several factors, including where the ship was built. In our experience, ships built in the Far East and Turkey have a high percentage of items containing asbestos. Ships can also be contaminated through items brought onboard by the owners, despite assurances that they are asbestos free.

The term ‘asbestos free’ can be a misleading one, due to the different international standards that constitute exactly what it means. In the USA, for instance, it is up to a 1.0% content, while in the EU it is 0.1% and 0% in Australia. In the Far East, China has no official standard – indeed, we have found as much as 15% asbestos in materials that have been declared free in China. The problem is compounded by the fact that there is no testing and certification of materials by manufacturers.

Global supply chains are such that a lot of material and equipment originates from China where it is still legal to use asbestos. Chinese manufacturers may set up a production line to supply ‘asbestos free’ materials, but they could also be unaware of cross contamination in their factory emanating from other production lines that are producing items containing asbestos. 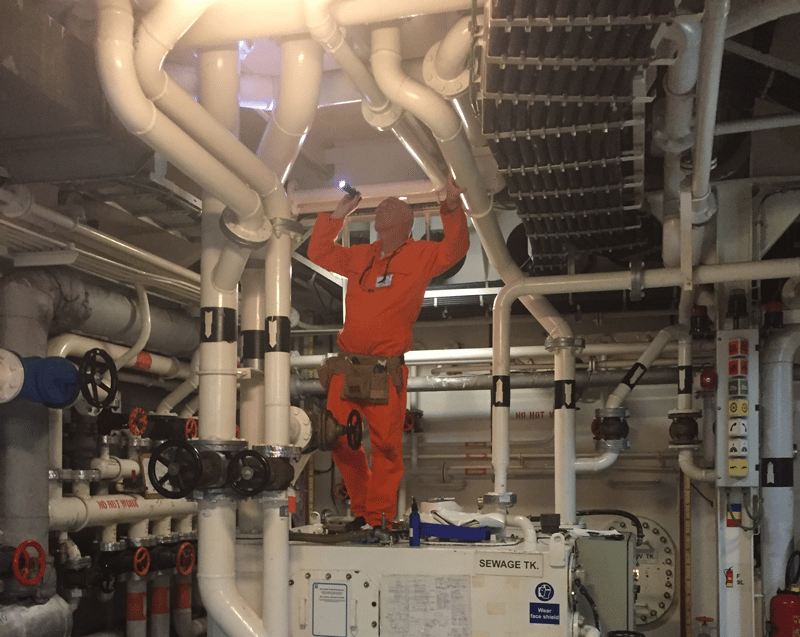 The usual procedure is for a shipyard to issue a declaration that its vessel is ‘asbestos free’ before the classification society makes a notation to that effect on the operating certificate based on a statement of fact. However, government flag state authorities such as Australia and the Netherlands, are aware that these declarations can be inaccurate, and insist that a ship registered under their flag has a verification asbestos survey performed by a marine specialist ISO17020 accredited company and that any asbestos found is removed before the ship can be registered.

For some reason, Panama, Liberia and UK among other major flag states still accept a classification society’s inspection for an annual operating certificate even though the ‘asbestos free notation’ is based only on a shipyard declaration that the vessel is ‘asbestos free’.

So, what can be done to ensure an asbestos free ship? There are some important steps to take but it’s important to engage the services of an ISO17020 accredited company, which has the experience and resources to undertake a comprehensive survey. Then, if asbestos is found, have it removed and instigate a quality management system that periodically has materials supplied to the ship tested to see if they are safe. After a refit, it will be important to undertake an update survey.

A proactive prudent approach can prevent potential litigation for claimed exposure to asbestos from the ship’s crew, protecting ship owners. It can also enhance the true value of the ship and eliminates any potential issues if asbestos was found during a pre-purchase survey and, ultimately, protects the crew and anyone else working on the ship.

The IMO would be justified in modifying the SOLAS requirement for asbestos in ships and institute a more manageable procedure that would contribute to securing the safety of seafarers. This modification would also spur owners into actioning the IHM inspections now rather than leaving it to the last minute. It really is matter of urgency therefore, that the following principles are adopted by the EU and Hong Kong Convention as an approved amended regulation:

Looking to the future, we are seeing some flag states adopting a more realistic approach by accepting an asbestos register and a management plan for ship operations and in planned refits and maintenance, overseen by licensed contractors working onsite to ensure the safe removal and management of ACM. The flag state may accept this beyond the three years as an equivalence to the removal of ACM with a certification to the vessel and notification to IMO accordingly.

John Chillingworth is a former chief engineer on Cunard Line’s QE2 liner and marine technical manager who has over 27 years’ experience in dealing with marine asbestos and hazardous materials. He is currently a senior marine principal at Lucion Marine. The firm provides specialist environmental services to the international marine sector, specifically providing advice on the management of hazardous materials to both working and end-of-life vessels. The firm’s team of surveyors are experienced and accredited by both Lloyds Register for the completion of Inventory of Hazardous Materials documents and UKAS accredited for the inspection and testing of asbestos.