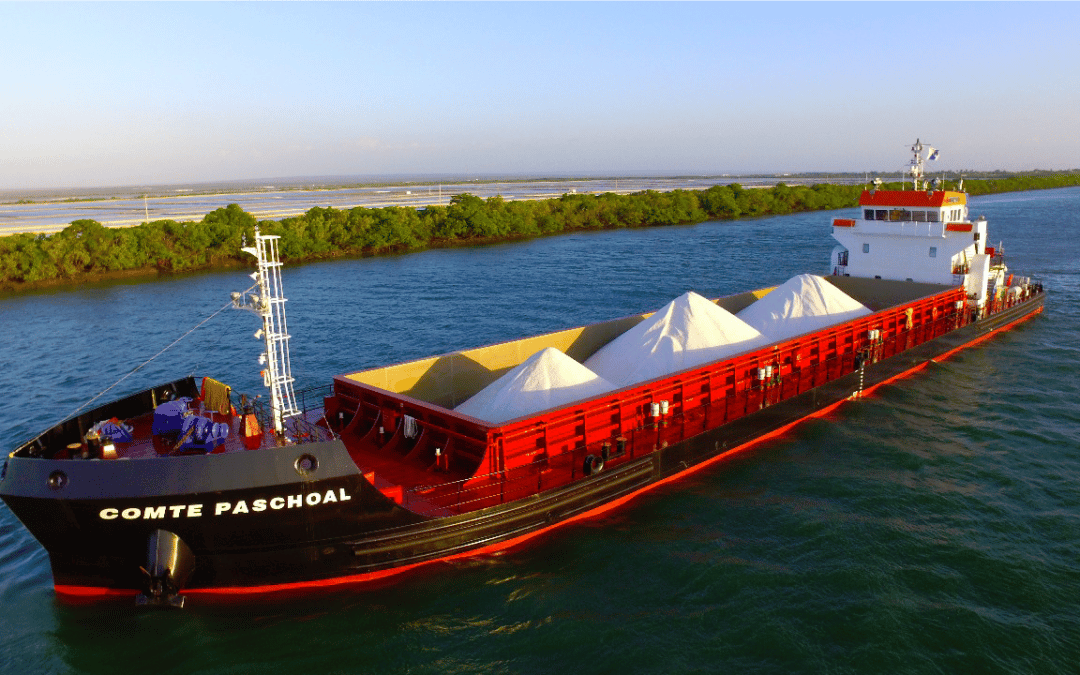 Thordon Bearings has completed a range of water-lubricated and grease-free bearing installations to a third salt lugger in the Salinor/Navenor fleet, following the successful retrofitting of bearings to problematic newbuilds.

The Brazilian owner opted for the Thordon package following the rapid failure of the bronze and phenolic bearings supplied by a competitor to two newbuilds at the Manaus Shipyard delivered in 2015.

“Because these vessels operate in both inland rivers and coastal seas, the blue water bearings and liners originally supplied were not suitable for operation in dirtier waters, especially those with a high sand and silt content. They failed. We were contacted to find a solution, first for the Nossa Sra. das Das Vitorias and, later, Dona Zita. The bearing retrofits have now provided trouble-free operation in all types of water in which these vessels operate.”

Based on the success of the Thordon installations, Navenor approached Thortech to supply a complete shaft and rudder bearing and seal package for the newbuild shallow draught bulker Comandante Paschoal.

Scott Groves, Thordon’s Regional Manager – Americas, said: “The customer had so many problems with the bearings supplied to the Nossa Sra. das Das Vitorias and Dona Zita that a completely new approach was required for the São Miguel newbuilds. Following the earlier retrofit installations we were able to win the customer’s confidence. In addition to the Comandante Paschoal installation, we have also been contracted to provide the full shaft line specification for a new salt carrier due for delivery next month. Thortech is also negotiating the supply of Thordon bearing solutions for a newbuild planned for 2019.”

Salinor Salinas do Nordeste S.A. is Brazil’s premier salt manufacturer, providing more than 40% of sea salt production in Brazil. Navenor, a Salinor company, is responsible for the transportation of Salinor’s sea salt.