Felixstowe gets a lift 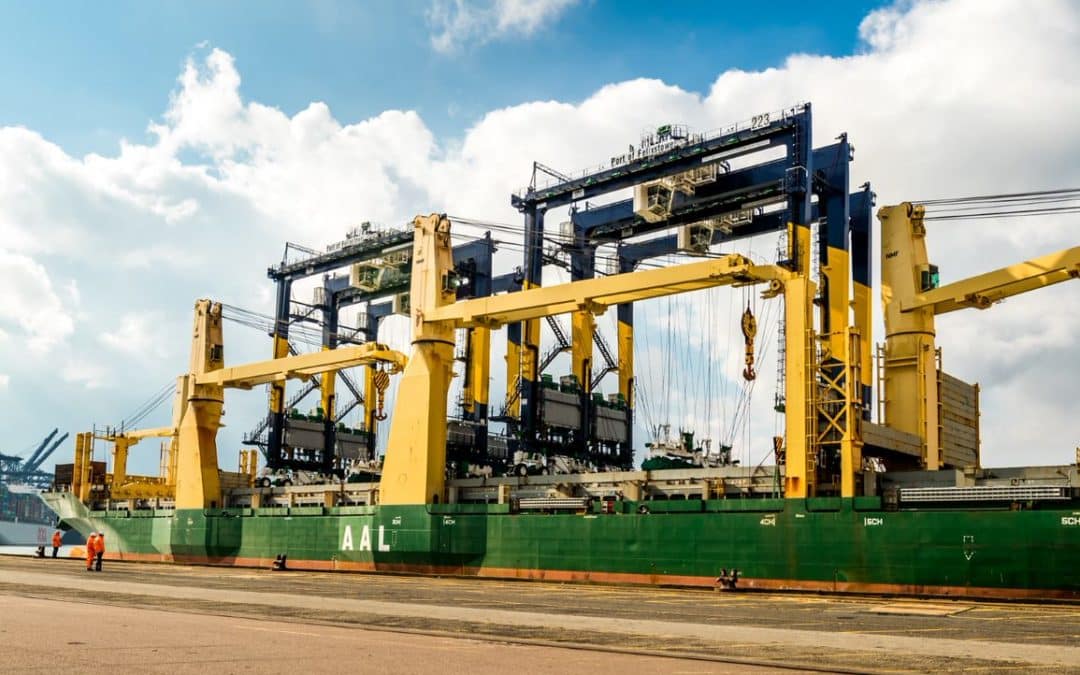 AAL has successfully delivered a cargo of four rubber-tired gantry cranes (RTGs) to the Port of Felixstowe, as part of a development project that will see the UK’s busiest container port add an additional 18,000 teu of container storage capacity to meet growing demand. The ZPMC Chinese-made RTGs were loaded in Shanghai and shipped to Felixstowe aboard the 31,000 dwt mega-size mpv the A-Class AAL Kobe, for the CPIA forwarding and shipping agency. Each of the units measured 32 m x 14 m x 30 m and weighed just under 200 t.

The new remote controlled RTGs will serve Berths 8 and 9 at the Port and are capable of stacking containers six-high to enable more efficient use of the new yard. All four units were discharged safely using the Kobe’s own heavy lift cranes (700 t max lift), due to the skill of her crew and support from AAL’s engineering department, who planned the entire operation and dispatched one of its most experienced Cargo Superintendents (CSIs) to oversee proceedings.

During the discharge operation, the Port of Felixstowe’s Head of Corporate Affairs Paul Davey visited the AAL Kobe to hand-over a commemorative plaque to her Master, Capt. Aleksandr Afanaskin, in celebration of AAL’s inaugural call.

AAL’s Commercial Director, Christophe Grammare, commented: “We are delighted to be back in the UK and calling for the first time in Felixstowe with such an impressive project cargo. Although the UK is a significant container shipping market – Felixstowe being the 6th busiest container port in Europe with about 26 million tons of cargo each year – it is not immediately associated with project heavy lift cargo. The RTGs were shipped there on-deck of the AAL Kobe which, with a highly flexible cargo capacity of almost 40,000 cbm, was also carrying additional project cargo under-deck that was discharged a few days later in Ireland.”

Captain Dai, CPIA’s General Manager concluded by saying: “The cooperation between ZPMC, AAL, Port of Felixstowe and CPIA was seamless and this proved to be key to the success of this entire operation. AAL’s professional and careful handling of this cargo throughout loading, stowage and discharge operations was impressive. Well done to all involved.”