The fine, for illegal dumping of oil-contaminated waste and falsification of official logs to conceal the discharges, was described as the “largest-ever fine for crimes involving deliberate vessel pollution”.

But Illegal oil discharge prosecutions are not always the result of deliberate falsification – simple mistakes in reporting can also put ship owners at risk. Retrofitting modern monitors and an electronic oil record book (ORB) now seems to be the safest solution to protect ship crew and owners.

Michael Coomber, Managing Director of Rivertrace Ltd., developed the concept of the electronic oil record book after an oil major asked for help to provide evidence in an oil spill court case. Coomber says: “The oil company asked us to make something that was tamper proof, so we designed a fairly complex system with all the checks and balances to guarantee integrity of the record.

“The irony of the magic pipe discharges you hear about in the press is that usually no oil has gone over the side – it’s the fact that they’ve made mistakes in the oil record book because they are under pressure and they don’t have time, or they forget to complete (the record), and when they go back to complete it they’ve forgotten what they did. With the electronic ORB you can recall any discharge and then use that to annotate the oil record book.

“We designed an electronic recording device so the whole process of oily water discharge is monitored from start to finish, with time, date, latitude and longitude at the start and stop, and the amount of fluid in litres that’s gone overboard. With the oil content monitor we can then calculate the amount of oil that’s gone overboard. We liken the system to an electronic spider, with sensors everywhere.” 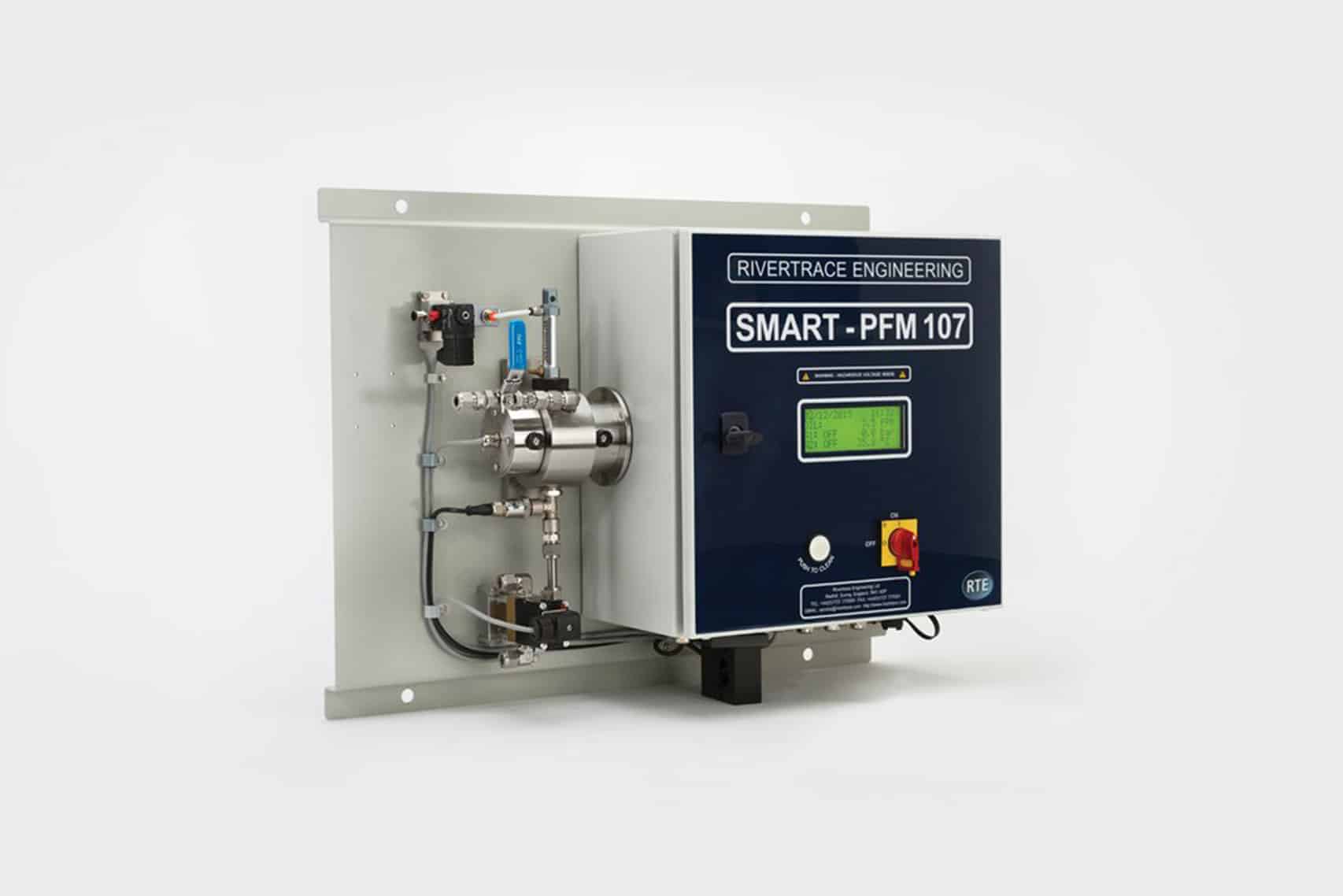 Cyprus-based Prevention at Sea Ltd., partnering with The Liberian Registry and partner, offer an electronic record book system called e-ORB, intended to help prevent lawsuits and criminal charges from inaccurate entries. Liberian Registry vice-president Christian Mollitor says: “It is our belief that many errors found in oil record books are caused by human administrative error rather than wilful non-compliance with MARPOL.”

The e-ORB deals with such issues as oil record books reported as missing,
crew failure to document entries in the ORB, discrepancies between ORB entries and the actual capacity of the oily water separator, falsification of log entries, and illegible hard copy books on board due to handwriting, corrections or mistakes. Prevention at Sea say: “Our target was to develop an advanced tool for Mariners which would prevent inconsistencies before they start without deviation of the users from their daily routines”.

Installation of new generation monitors and separators is a vital part of the solution. Skimoil, who supply equipment to the US market from a range of manufacturers, say that even a few years back the technology was unreliable or too finicky to trust: “Separators were mostly used on the blue water ocean going vessels. Everyone who used a separator hated it and did not trust it, but that was the state of the art.”

Skimoil supply BRUTE marine oily water separators with state of the art monitors meeting USCG/ABS/BV standards and approved to meet stringent IMO/MEPC 107 (49) requirements. Skimoil say they are “at least as advanced as the Iphone you have in your pocket. That’s real progress that the industry can’t afford to ignore.”

AtZ Marine Technologies are the UK supplier of Deckma Oil-In-Water monitors, and provide annual calibration and service for all the country’s leading fleet and super yacht operators. They promise same-day turnaround by maintaining a stock of spares, new monitors and service exchange units for ships operating to tight schedules ensuring regulatory compliance at all times.

NAG MARINE’s TD-107 Fluorescence Oil Content Monitor (OCM) is a 5 ppm or 15 ppm bilge alarm for oily water separators based on fluorescence detection technology. Their recommendations for retrofitting recommend stainless steel flexible tubing on inlet and outlet connections to facilitate future maintenance and prevent damage from transmitted vibration or pipe strain. Sampling points should provide homogeneous samples free of all air, and should approximate the bulk oil concentrations of the treated bilge water.

NAG say that because of the importance of eliminating air entrapment in the sample line, sampling should be done from the centre or side of the pipe. Heat sources including direct sunlight can cause the internal temperature of the unit to be significantly higher than ambient temperature and produce errors or damage the components. Large generators or transformers with a strong electromagnetic field should also be avoided.

Peter Ericsson, Managing Director of Swedish-based manufacturer JOWA Ab says the measuring principle of their ODME 2005 equipment is based on a combination of light scattering in several different angles: “The sample water stream is homogenized in the sample pump and is passed through a quartz glass tube where it is exposed to a light beam. The light transmitted and scattered at selected angles is dependent on the type and amount of contaminates in the water stream.

“Signals from non-oil contaminants can be compensated for in the processing of the information due to their different light scattering characteristics. The measuring cell is flushed with clean water for a short moment once every 10 minutes during operation in order to keep the cell clean. Simultaneously the pneumatic wiper at the top of the measuring cell starts to wipe / clean the inside surface of the quarts glass tube. This procedure also takes place at the start and stop sequence for two minutes each.

Michael Coomber says that measurement cell fouling is the most common failure of monitors, as the oily water precipitates calcium and oil on the optical tube. He explains that maintenance on board is not always given the highest priority: “The oil content monitor is a mandatory piece of equipment, so it is not necessarily the most loved piece of equipment and tends not to get any attention. We developed a way of manually cleaning without having to stop the process. We were able to include this manual cleaning ability for no extra charge, and it makes unique in the industry.

“That market has been served in the past by different techniques using mainly UV light. The problem with that technique is that things other than oil also fluoresce, so you end up with false positives. So a ship that’s trying to discharge its deck drains through the oily water separator can’t, because the oil content monitor sees the oil-filled chemicals as oil and stops the process.

“We developed a new technique which doesn’t use UV light or scattered light principles, it takes pictures of the oily water sample as it goes through the equipment and then it looks for particles. It can tell the difference between an oil particle and a solid particle and a gas particle. “