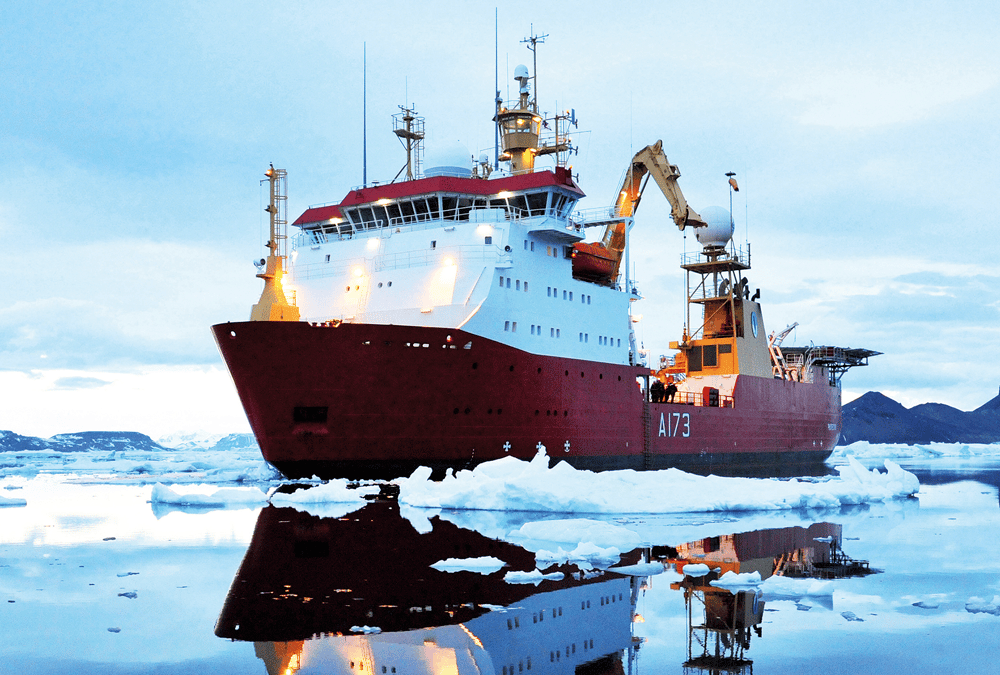 Subsea Industries has received an order for its specialist hull and rudder coatings for application to a shallow draught anchor handling tug supply (AHTS) vessel under construction at Turkey’s Atlas Shipyard.

The hard-type coatings were selected amidst strong competition because of their proven performance in polar waters. The Ice-Class 1A, 65m tug will carry out anchor handling and oil recovery duties in the ecologically sensitive Arctic in compliance with the IMO Polar Code requirements, due to enter into force in January.

Orkun Comuoglu, managing director, Amat Engineering, Subsea Industries’ agent in Turkey who secured the contract, said: “This is a super ice-class vessel and required extensive hull protection for the operations the vessel will undertake. The entry into force of the Polar Code next year is likely to result in more vessels applying the Ecospeed technology.”

“There is a risk that conventional anti-foulings can degrade rapidly in polar ice, leach chemicals or leave paint fragments behind when ice impacts damage the coating. There is no such risk with a hard-type coating. Ecospeed and Ecoshield are tough, durable and highly abrasion resistant protective coatings,” said Hof.

The operational success of the 1995-built RRS Ernest Shackleton – the British Antarctic Survey ship due to be replaced by the Sir David Attenborough, now under construction by UK shipbuilder Cammell Laird – is an exemplar of the Ecospeed coating’s performance.

When the 4028gt survey ship was drydocked after navigating 2.5m thick ice with a high content of gravel and volcanic lava, the original coating, applied seven years ago, was virtually intact, undamaged. This was in stark contrast to the vessel’s previous docking, where the conventionally-coated hull had to be stripped back to bare steel and recoated.

Hof revealed that the trend for arctic operations together with the pending implementation of the Polar Code is resulting in increased interest in the hard-coat concept.

“Ecospeed is highly relevant to ice-going tonnage,” Hof said. “We have a number of icebreaker references now, all of which are producing some very positive results. We are focusing on the icebreaking and ice-going market and are in discussions concerning a number of projects, some of which are high-profile vessels.”

In the meantime, Subsea Industries will apply its Ecospeed hull and Ecoshield coatings to the new 70t bollard pull vessel this December. The contact includes options for an additional two more OSD-designed tugs.