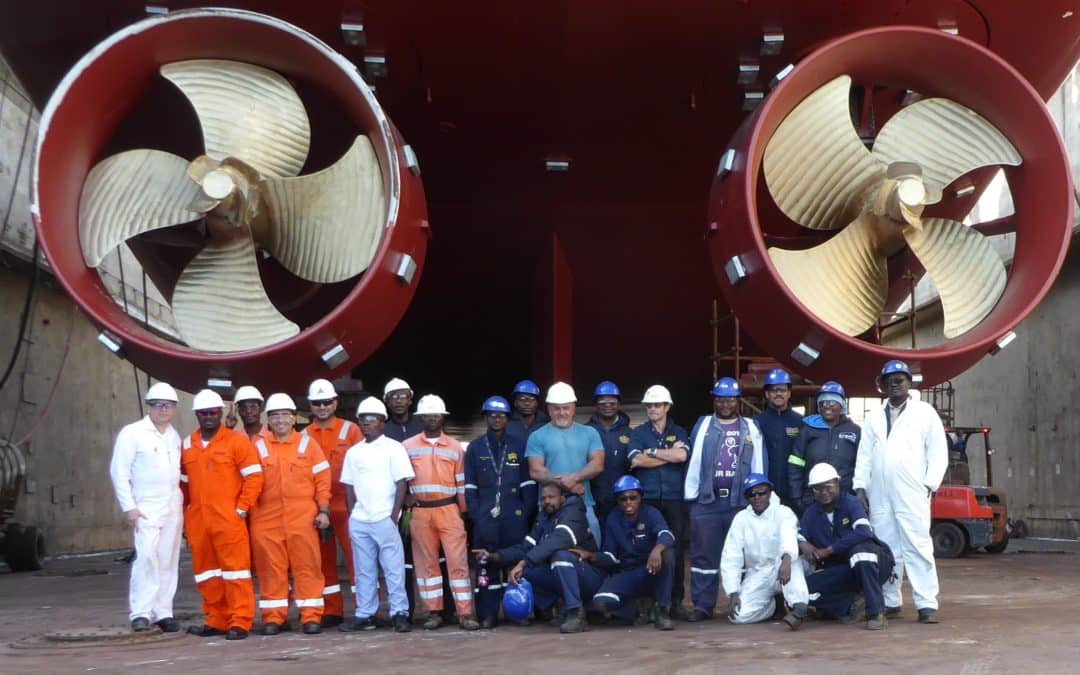 After two years of intensive discussions and information-gathering, EBH Namibia, the Namibian ship repairer on the West coast of Africa, won the contract to maintain and repair five tugs being operated from the port of Soyo by the international ship towage, support and emergency response company Svitzer.

Svitzer’s tugs, part of the Maersk Group, serve the company’s primary client in the region, Angola LNG. The port of Soyo, located on the mouth of the Congo River in the province of Zaire, Angola, is a busy conduit for oil from the local refinery. Delivered new to Svitzer in 2011, all five 80 ton tugs were due for a special survey and also needed modification to their thrusters

As there is consistent – and frequently urgent – operational demand for all five tugs, Svitzer released one tug at a time to be attended to by EBHN. The client’s requirement for quick turnaround times was therefore critically important, as having a tug out of service could have meant substantial revenue losses.

“Considering that it is approximately the same distance from Soyo to Walvis Bay, Namibia as it is to the West African shipyards in countries such as Nigeria and Ghana, it is very noteworthy that Svitzer chose EBHN as its preferred maintenance and repair partner,” points out EBHN’s Commercial and Marketing Manager Willie Esterhuyse.

“This not only resulted in a satisfied client, but also bears testimony to the efficacy of our company ethos of ‘one team, one goal’ which, put into practice like this, really achieves amazing things!” Uys continues.