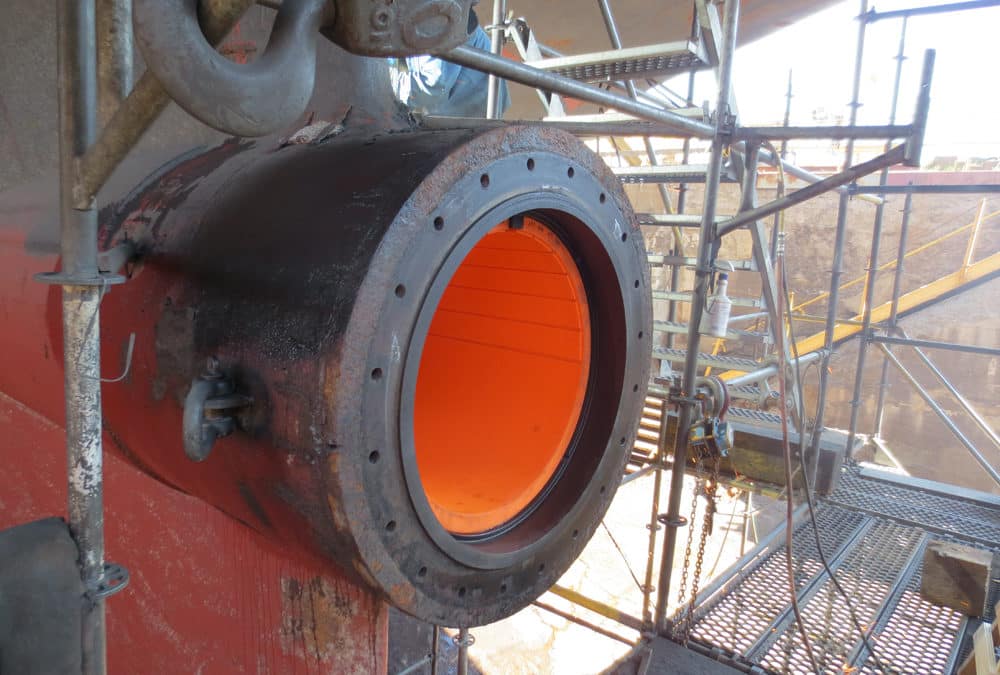 Mechanical Supply Inc. and Belthor Systems, members of Thordon’s Distributor Network, worked closely with Great Lakes Fleet on the detailed design, while Avalon Marine, another Thordon Distributor, was instrumental in working with classification society ABS to trial COMPAC under its notation for extended shaft withdrawal.

Commenting on the success of the conversion, Thordon’s Regional Manager – Americas, Scott Groves, said: “September 2017 sea trials confirmed the MV John G. Munson is consuming considerably less fuel than it was as a steam ship, reducing emissions dramatically. The water lubricated propeller shaft arrangement adds to these cost savings and further mitigates against any risk of tailshaft pollution.”

As steam power plants can use 30 to 50% more fuel than comparable diesel engines, the shipowner’s decision to convert the Munson under the U.S EPA’s Steamship Repower Incentive Program has paid dividends. As a motorship, the owner can now extend the life of this historic vessel for decades to come, without detriment to the environment in which it operates.”

Thordon Bearings’ Director of Marketing and Customer Services, Craig Carter, added: “There are a number of steam-driven bulk carriers that have been earmarked as potential candidates for power conversions, some of which, like the Munson, have already been converted to more energy and environmentally-efficient means of propulsion.

“The conversion of both these vessels illustrates how well-maintained vessels can operate beyond the usual 25 years and be cost-effectively retrofitted to meet today’s more stringent environmental requirements. A 2012 study by the U.S. Maritime Administration found that repowering a laker can achieve 80 per cent of the efficiencies of a new build at 20 per cent the cost,” said Carter.

Groves added: “The owners of these vessels are very pleased at how their water lubricated arrangement is performing. Both Interlake and Great Lakes have responded very quickly to the changes in the shipping industry and specified COMPAC to meet new US EPA environmental requirements.”

He also intimated that Great Lakes Fleet is assessing the performance of COMPAC installed on the Munson with a view to converting more vessels in its fleet to water-lubrication.